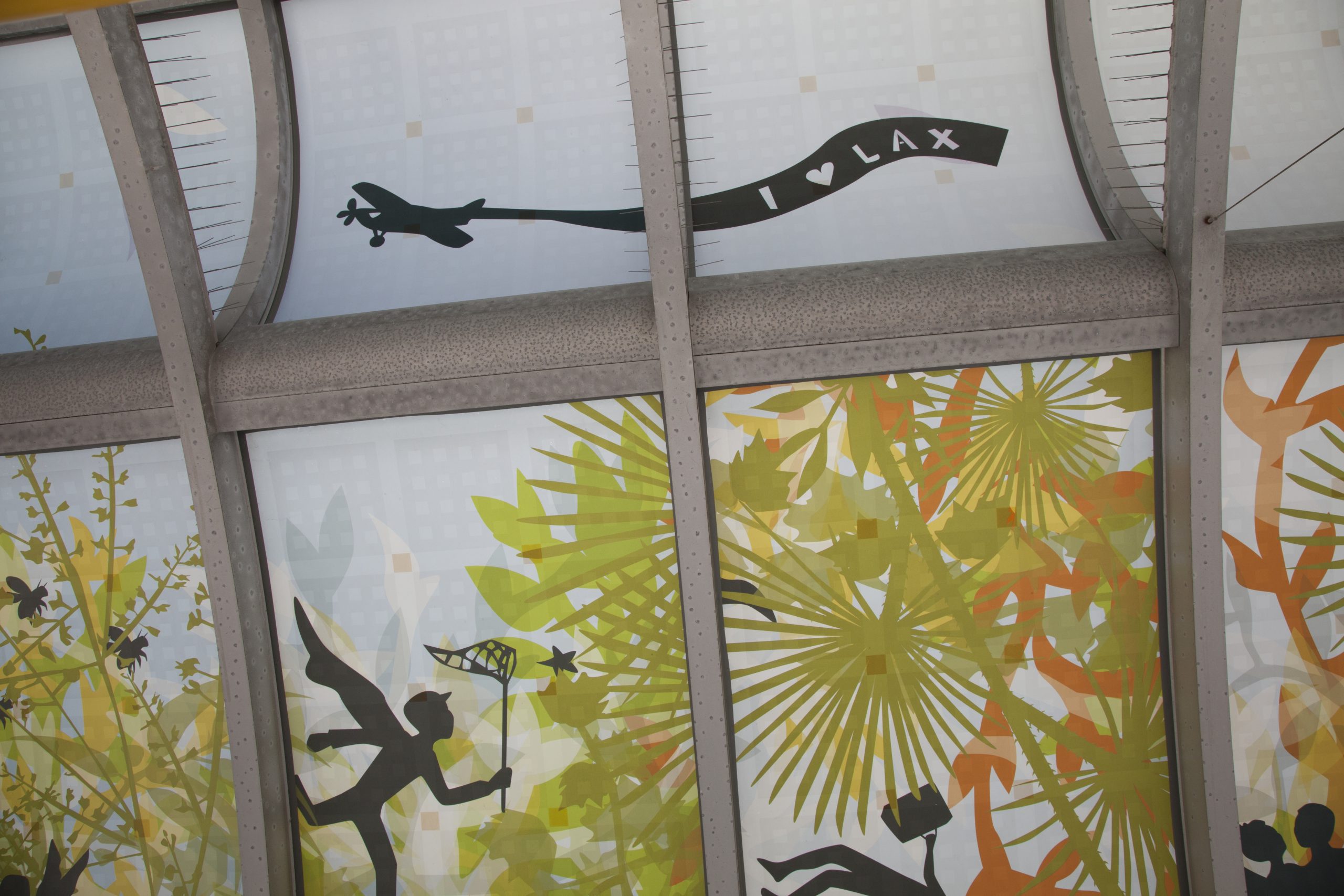 Béatrice Coron’s Dreams pays tribute to the aspirations of Angelenos, the millions of individuals who have come to the City of Angels—a city of possibilities—so their hopes and dreams can take flight. Made of transparent vinyl film, the artwork will enhance the glass-topped canopies on this bus station’s platforms. A mix of silhouetted, winged creatures and flying contraptions, real and imagined, populate colorful tree branch canopies in the two overhead compositions. With a whimsical nod to familiar fairytales and global mythologies, birds of Los Angeles soar among cherubs, fairies, flying carpets and Chinese dragons.

“I see a secret connection between the mythologizing of Los Angeles and the nitty-gritty hope of a better life that brings immigrants to the city. … I created images of birds, angels, nature and utopian constructions to represent freedom and possibilities.”

BÉATRICE CORON (b. 1956, Lyon, France) lived in several countries before moving to New York in 1985 to pursue a career in art. She is known for her paper-cut designs, which often take the form of artist books, sculpture and animation. Coron’s work has been exhibited internationally and is held in the permanent collections of numerous libraries, universities and museums, including the J. Paul Getty Museum, the Metropolitan Museum of Art, the Museum of Modern Art, the National Gallery of Art and the Walker Art Center. Among her other public commissions are artworks for subway stations in Chicago and New York; sports facilities in Kent, Washington, and Tigery, France; Charlotte Douglas International Airport in North Carolina; and Santa Teresa Library in San Jose, California.