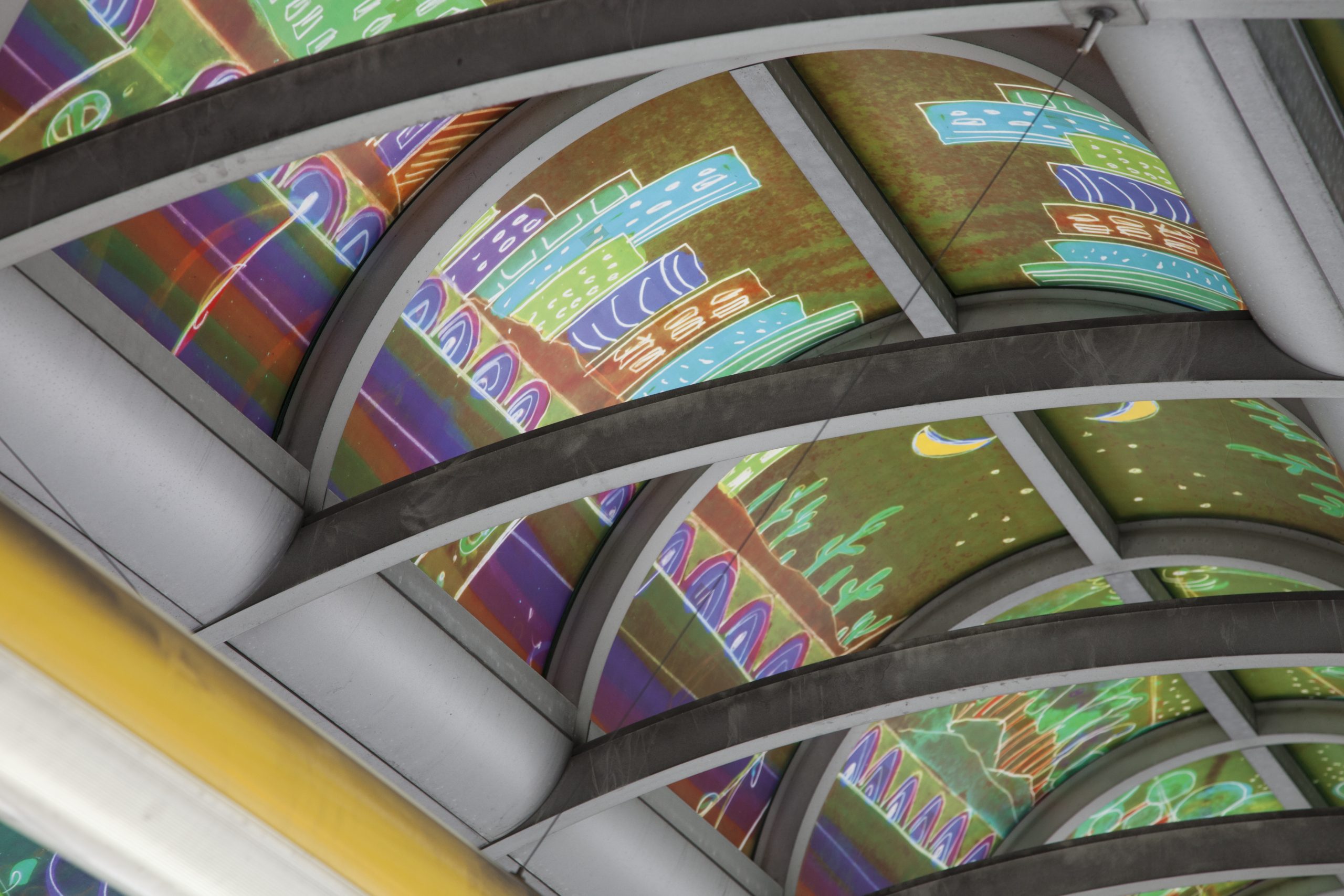 Christine Nguyen’s two dreamlike seascapes for this bus station, titled Reflecting City Totems, invite transit users to connect with the ecology and terrain of Los Angeles County’s South Bay. The colorful vinyl artwork for the glass on both platform canopies portrays a mountainous urban environment, and its mirror image, among oceanic flora and fauna inspired by aquatic life found at the Madrona Marsh Preserve in Torrance and tide pools in San Pedro and Rancho Palos Verdes. Resembling the skeletal structure of marine vertebrates, ribbed flanges curve from the center of each composition. In reference to the changing colors of the ocean when viewed at different times of the day, one canopy design incorporates mostly blue hues to represent daytime while the other is delineated in orange, yellow, red and purple for sunset.

“My first response to the structure of the canopies was that of animal vertebrae, such as fish … I have drawn a fish vertebra with plants and other creatures traveling around in this fantastical, playful, underwater cosmic world.”

CHRISTINE NGUYEN (b. 1977, Mountain View, California) earned a Bachelor of Fine Arts in photography from California State University, Long Beach, and Master of Fine Arts from the University of California, Irvine. In addition to being included in many group exhibitions throughout the United States, Nguyen’s works on paper have been featured in several solo exhibitions throughout Southern California and in Asia. Among her accolades are a Durfee grant and Visions from the New California Award. She has participated in residencies at the Headlands Center for the Arts, Montalvo Art Center and Tamarind Institute. Her other public commissions in California include artworks for Santa Clarita’s Fire station 132, the Malibu Library and Ontario Airport.