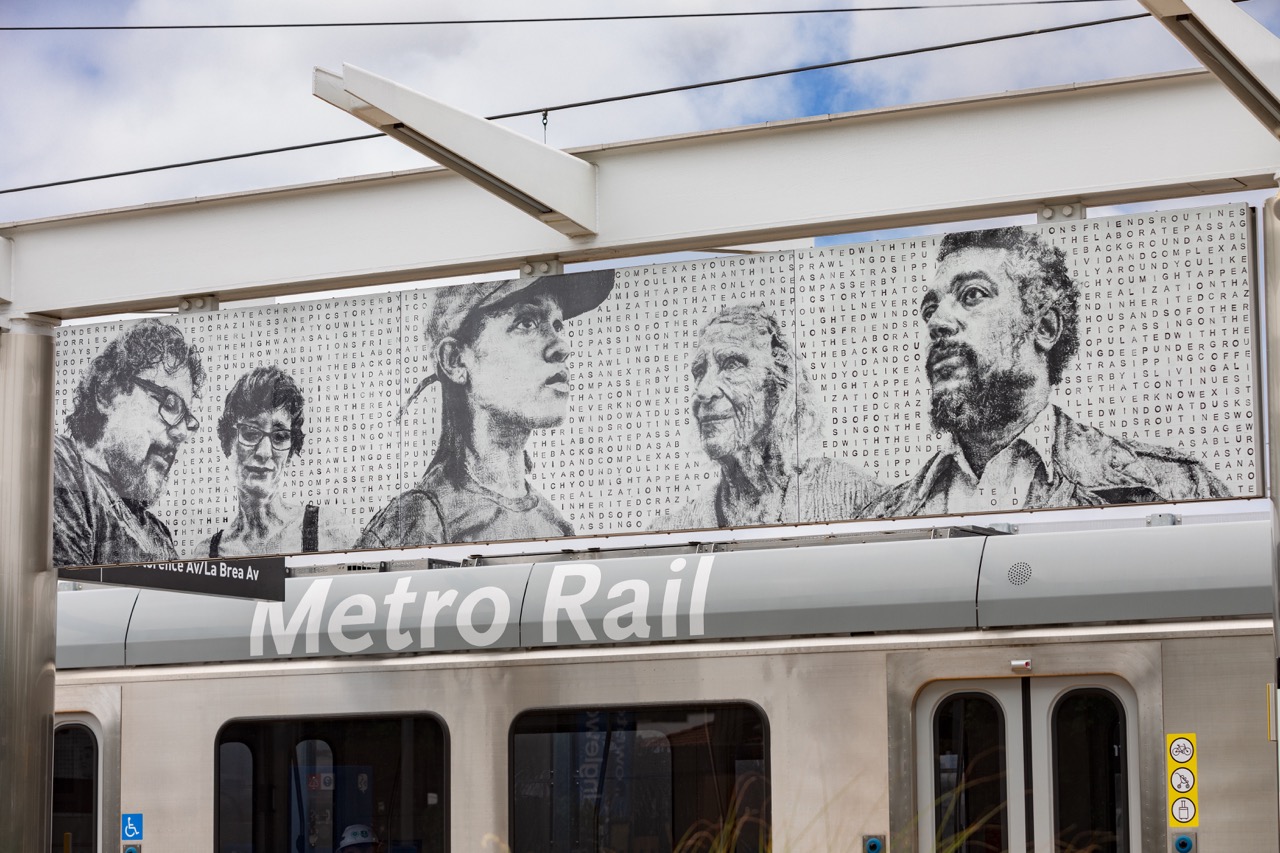 Kenturah Davis created Sonder for Downtown Inglewood Station with the aim to encourage connections between strangers, even temporarily while riding transit. From a distance, the porcelain enamel steel art panels on the station platform portray various figures against a backdrop of letters that form words defining “sonder,” a newly coined term alluding to the realization that every person has a unique and significant story. Based on photographs taken during gatherings hosted by the artist, the portraits feature individuals with ties to the Inglewood community and and were intricately rendered using rubber stamps also spelling “sonder.” 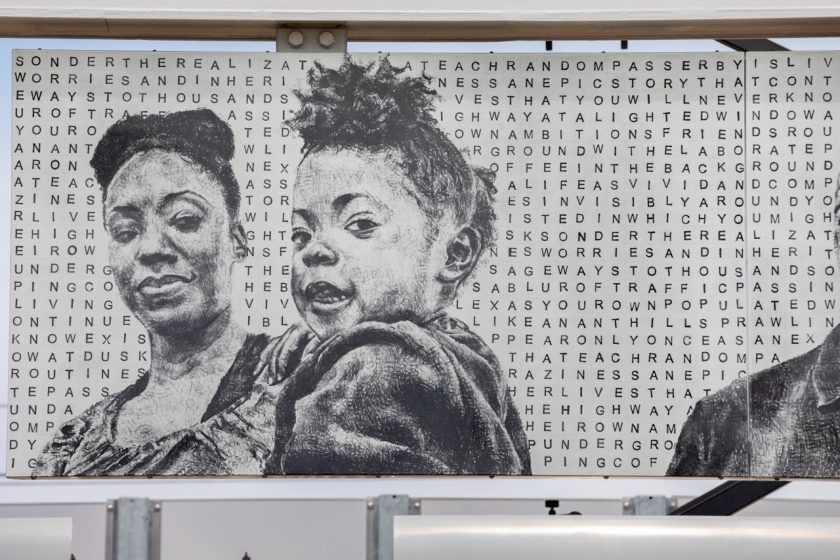 “My hope is to inspire people to notice strangers who [they] stand among and extend a sense of empathy in recognition of their humanity.” 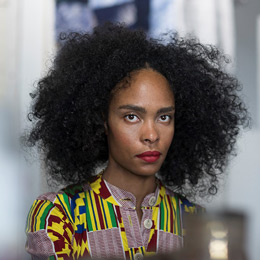 KENTURAH DAVIS (b. 1984) explores how language shapes the way we understand ourselves and the world around us. She often incorporates portraiture, the written word and textiles. Davis earned a Bachelor of Arts from Occidental College, where she studied art history, visual arts and anthropology, and Master of Fine Arts from Yale School of Art. Her multidisciplinary work has been exhibited in Southern California, New York, Africa, Asia, Europe and Australia, and she was a participating artist in Andrea Zittel’s Smockshop and Panelshop projects. Davis currently teaches at Occidental College in Los Angeles and is the recipient of fellowships from NXTHVN and Cleveland Museum of Art, and her public commissions include a mural at the Alliance Français d’Accra in Ghana.