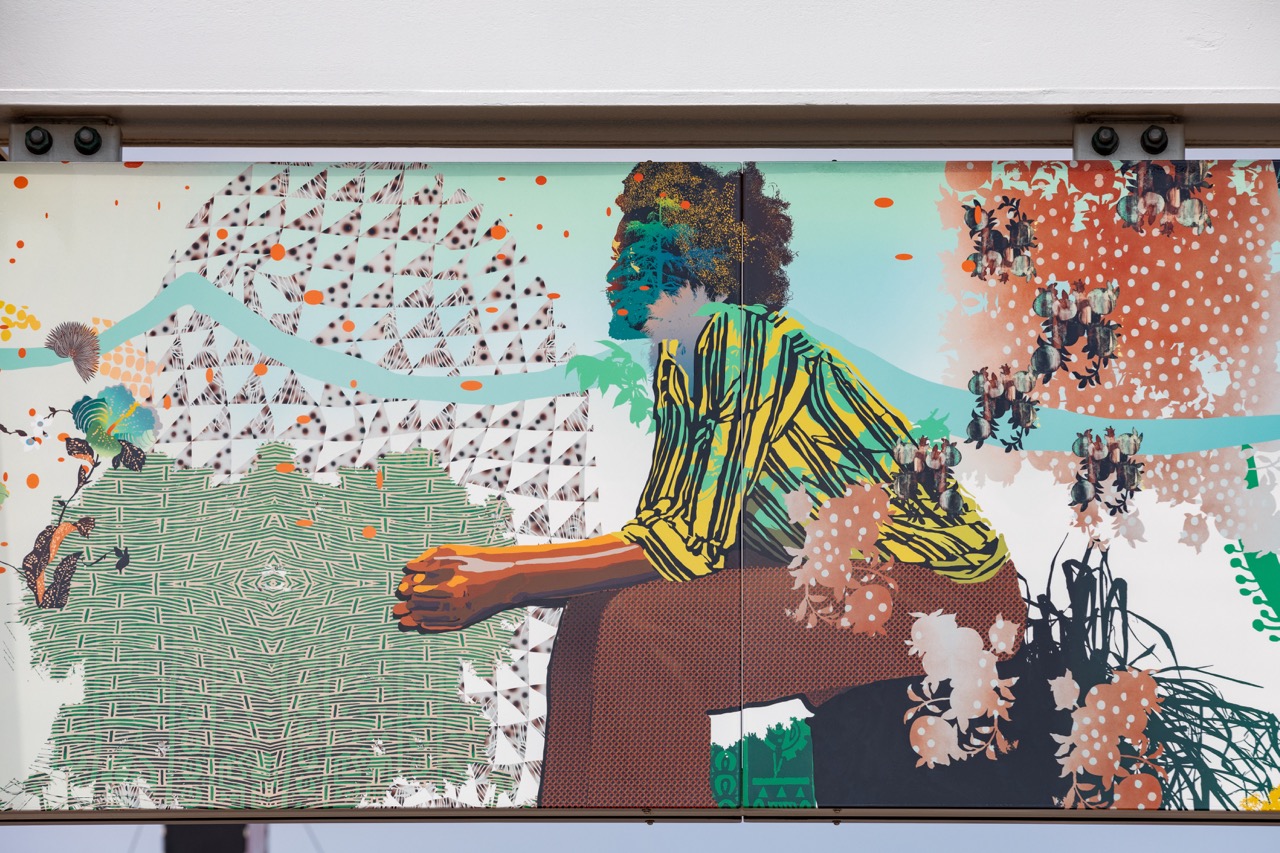 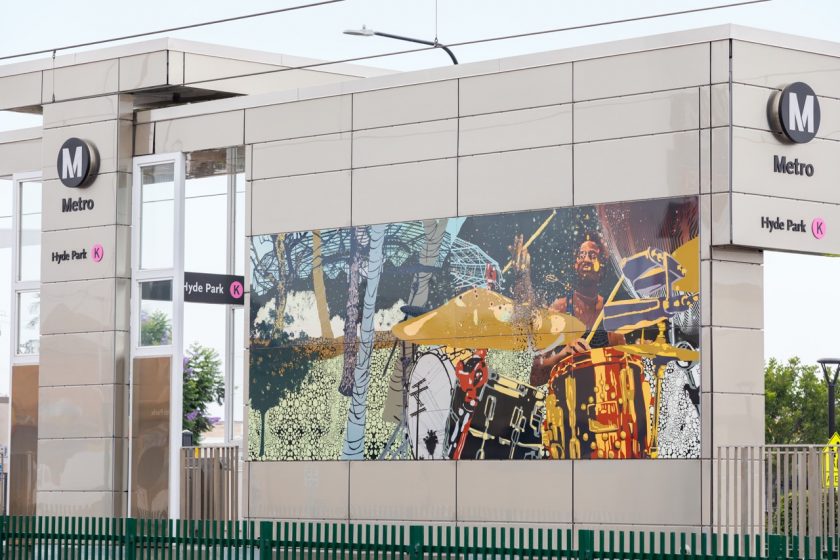 “South Los Angeles has provided a soundtrack for the city for generations, and, like the solitary drummer in the woods, this soundtrack echoes outward influencing and inspiring.” 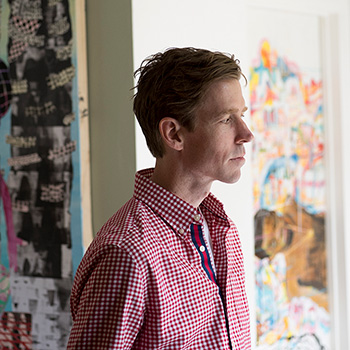 CARLSON HATTON (b.1974) is a Los Angeles-based painter and arts educator who incorporates acrylic and silkscreen with a collage aesthetic in densely layered paintings  that slip in and out of abstraction to explore the multifaceted complexity of daily life. He earned a Bachelor of Fine Arts from the Cooper Union for the Advancement of Science and Art, and completed a postgraduate program at De Ateliers and laureate program at the Jan van Eyck Academie, both in the Netherlands. His mixed-media works on paper have been exhibited throughout the Los Angeles region, New York and abroad. Hatton participated in an artist residency at Da Wang Culture Highland in Shenzhen, China.