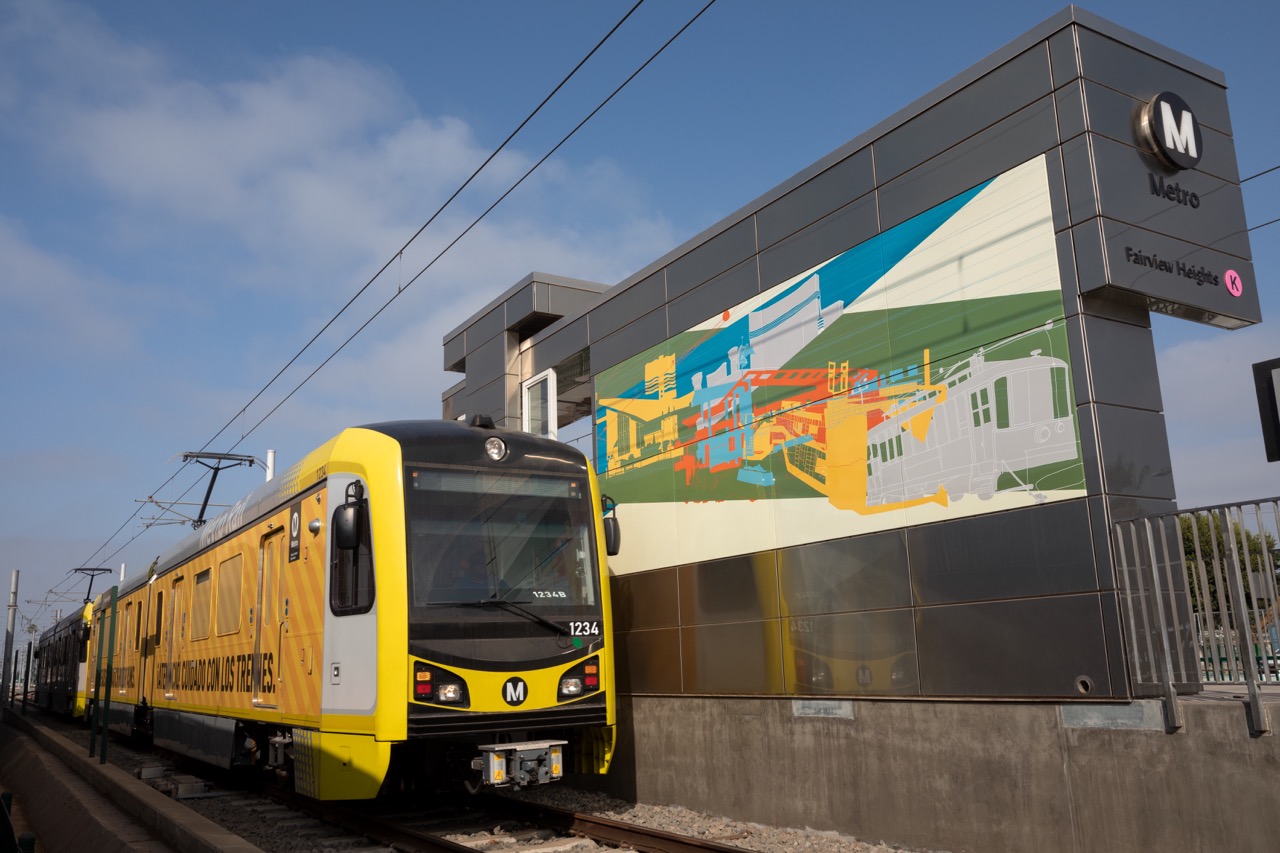 With the aim to inspire curiosity and community engagement, Kim Schoenstadt’s Fairview Heights Station murals on porcelain enamel steel for the station platform are rooted in the history of the location and the experience of travel. The artworks portray hybrid structures based on existing and historical buildings from the surrounding Inglewood neighborhood, including the Broadway Federal Bank, Centinela Adobe, Crozier Middle School, Jet Car Wash, Los Angeles International Airport Theme Building and Randy’s Donuts, to name a few. The architectural forms rendered with white outlines are mashed up with solid shapes in gray, gold, turquoise and orange hues.

In 2021, the artist collaborated with Kelli Jackson, owner of Hank’s Mini Market, and Arianne Edmonds, archivist and founder of the JL Edmonds Project, on an art activation called #MemoryFutureLabs. The collaboration took place at the Hyde Park-based grocery store and cultural hub and extended onto Instagram. 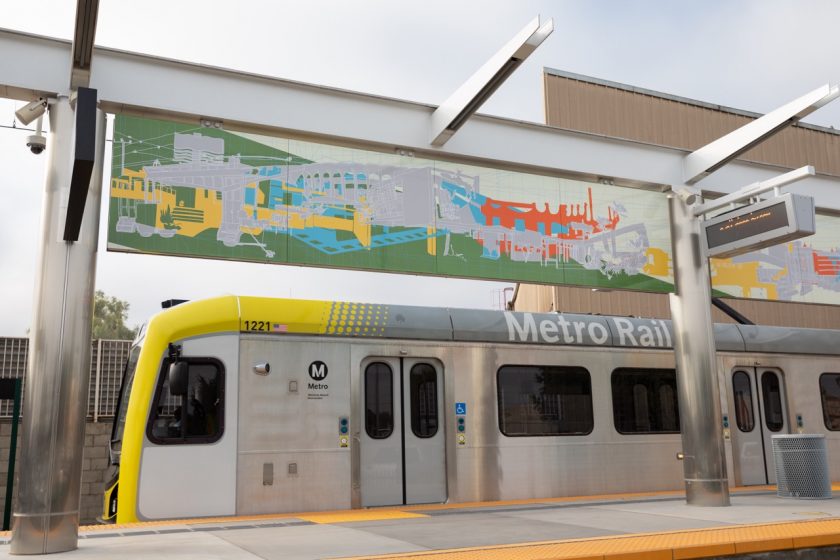 “My goal is to feed the curiosity of visitors and perhaps teach them something new about the city they are living in or riding through.” 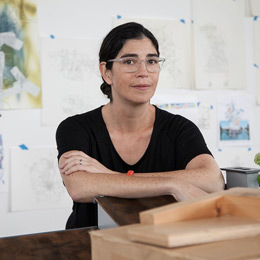 KIM SCHOENSTADT (b. 1973) is a Los Angeles-based, internationally exhibiting artist whose work explores the junctures of architecture and the social landscape through multimedia site-specific projects that often include public input. She earned a Bachelor of Fine Arts from Pitzer College. Her works have been exhibited throughout the United States and Europe and are in several prominent museum collections, including the Museum of Contemporary Art, Chicago; the Museum of Contemporary Art, Los Angeles; and the Van Abbemuseum, Eindhoven, Netherlands. Schoenstadt is a recipient of the ARC Grant from the Center for Cultural Innovation, Catherine Doctorow Prize for Contemporary Painting, Smithsonian Artist Research Fellowship and Baha Mar Art Prize. In 2016, she commenced Now Be Here, a project that seeks to raise awareness for women-identifying and non-binary contemporary artists by gathering and photographing groups en masse in their respective cities. Her other public artworks include collaborative projects with Mara Lonner commissioned for the Los Angeles International Airport and Mid-Valley Intergenerational Center in Van Nuys, California.