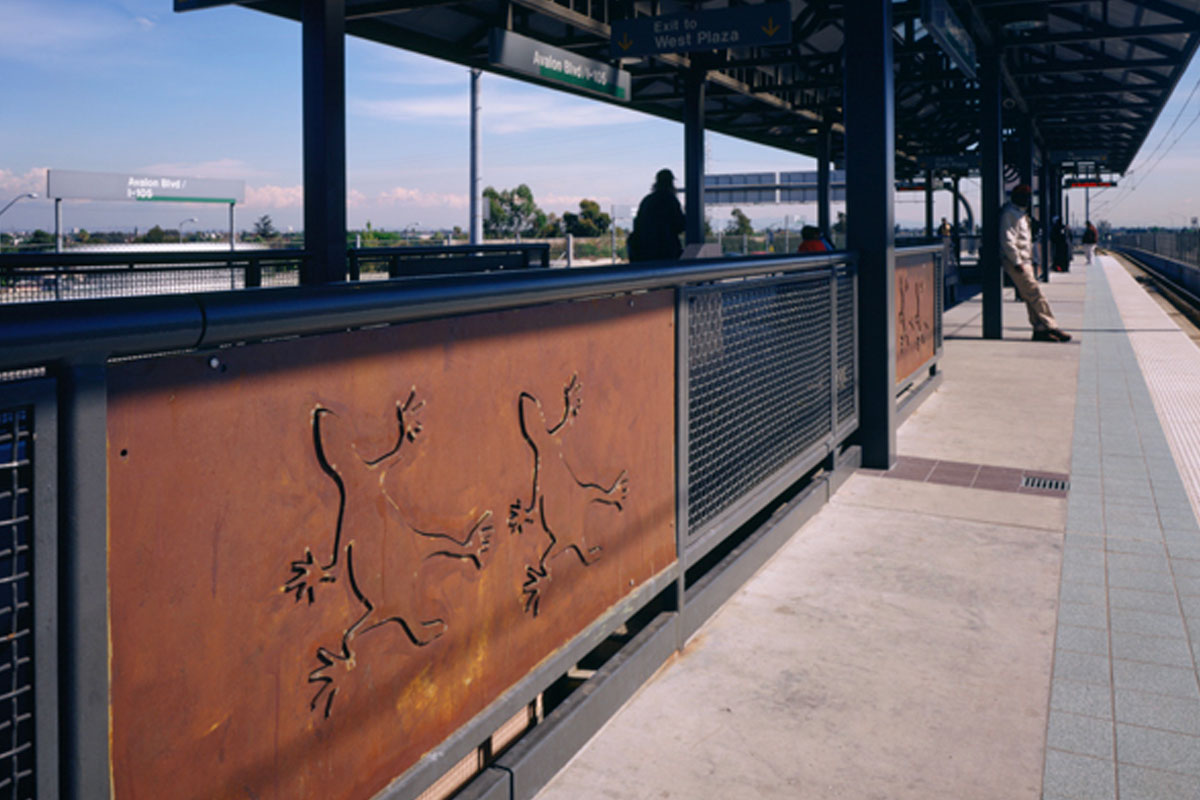 Artist Stanley Wilson’s work Bridge of Culture focuses on the similarities within the beliefs shared by African and Native American cultures (especially those of Mexico). Various icons of these cultures, which reveal similar understandings of the relationship between nature and human existence, are incorporated into Wilson’s ceramic-tile pavement medallions as well as in his windscreen and bench designs.

“I was interested in creating a cultural bridge between individuals in this neighborhood that may (or may not) be aware of their interconnectedness.”

STANLEY C. WILSON was born, raised, and still lives in the Los Angeles area. He received his Bachelor of Fine Arts and Master of Fine Arts from Otis Art Institute, and teaches art at Cal State Polytechnic, Pomona. Wilson has researched and created altars for the last fifteen years; his research in this area has been influenced by extensive travel throughout South America and Africa. He was awarded a residency at the Studio Museum of Harlem in New York in 1987.