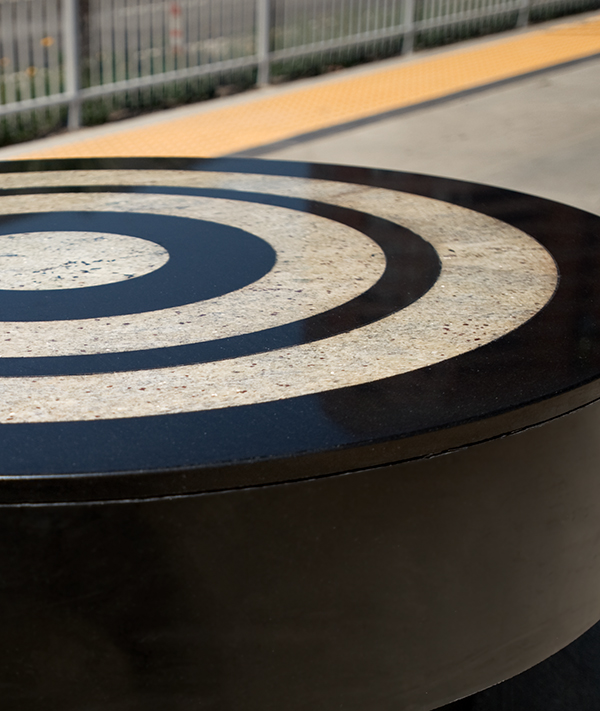 The unique features of this station are the result of the collaboration between performance artist Hirokazu Kosaka and Ted Tokio Tanaka Architects.

The station canopies are in the shape of Japanese archery bows while the platform paving design is patterned after a Japanese tatami mat. In archery a perfect shot requires the release of an arrow in the instant between one’s heartbeats: a moment in time and space with no intervening thoughts. This moment inspired the design for the platform bench artworks. The artist created six smooth granite benches with concentric circles of black and white, simulating a Zen archery target.

Buffer Zone was displayed at the station from 2009-2017 in coordination with the artist. 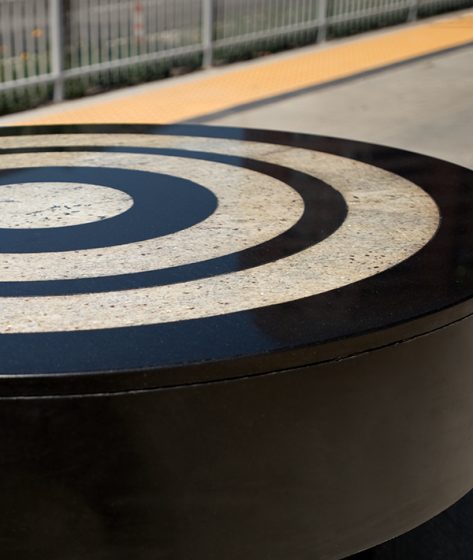 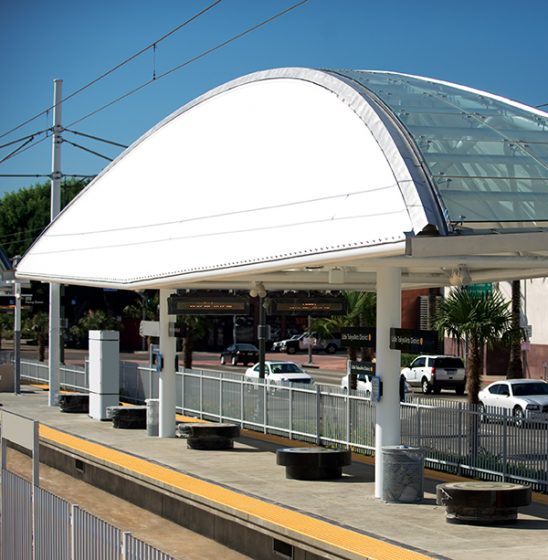 “This is the station between heartbeats, a space that is neither black nor white, but gray…an infinite space for different moods. We wanted the design to be very abstract, to reflect the culture of Japan, but also to keep it very artistic…we’re trying to create a much needed tranquil space in a very busy city.” 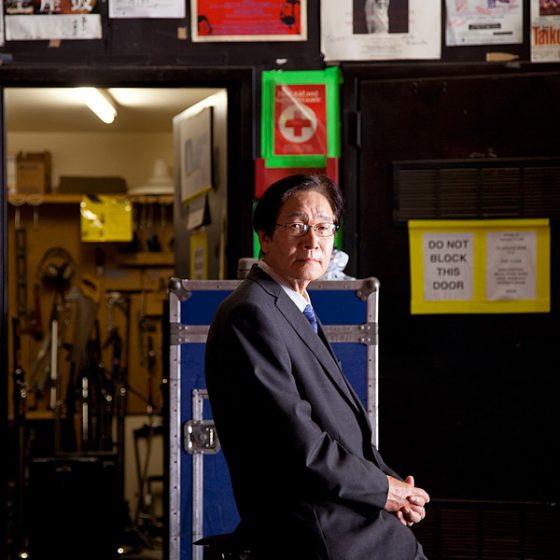 HIROKAZU KOSAKA was born in Japan and came to Los Angeles in 1958. He has a Bachelor of Fine Arts from the Chouinard Art Institute and a Master of Arts in Theology from Columbia University. He is an ordained Buddhist priest, a master of the Japanese art of archery and Visual Arts Director at the Japanese American Cultural and Community Center. For the past 25 years he has exhibited his artwork and created performances in galleries, museums and for festivals in Europe, Japan and in the Los Angeles region. He has received awards from the National Endowment for the Arts, The Brody Foundation, the J. Paul Getty Trust Fund and the California Arts Council. Recent exhibits include the installation “In the Mood” at the Museum of Contemporary Art in Los Angeles.