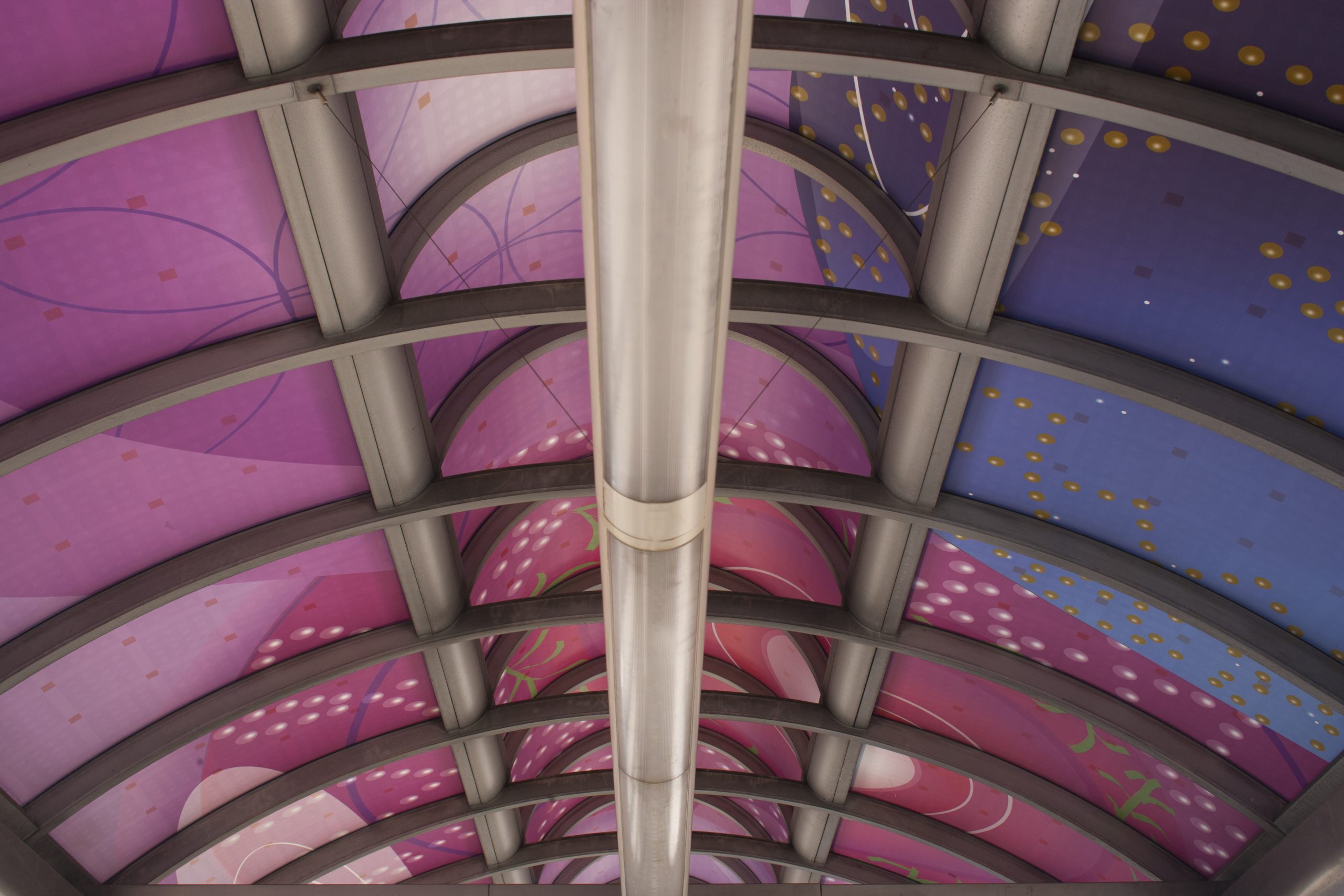 Beyond the Biosphere by Amy Cheng depicts a series of vibrant, overlapping spheres in two playful compositions for the glass on the platform canopies at this bus station. The otherworldly orbs—patterned globes, transparent rings, bubbles and pearls—hovering overhead in the transparent vinyl artwork offer visual intrigue, open-ended interpretation and a pleasurable environment. In addition to referring to the spheres that make up the artwork, the title alludes to the air that supports life on earth.

“Beyond the Biosphere takes full advantage of visual illusion by providing the viewer, as they glance up, a playful sense of being under floating heavenly spheres.”

AMY CHENG (b. Taiwan) earned a Bachelor of Fine Arts from the University of Texas at Austin and Master of Fine Arts from Hunter College, City University of New York. She is a professor of art at the State University of New York at New Paltz. Her paintings have been included in solo and group exhibitions throughout the United States. Cheng has been awarded a number of artist residencies as well as fellowships from Arts International, the Center for Contemplative Mind in Society, the Fulbright Scholar Program, the New York Foundation for the Arts and PS 122 Gallery. Among her other public commissions are artworks for two subway stations in Brooklyn, Howard Station in Chicago, Jacksonville International Airport, Lambert-Saint Louis International Airport MetroLink Station and the Seattle-Tacoma International Airport.