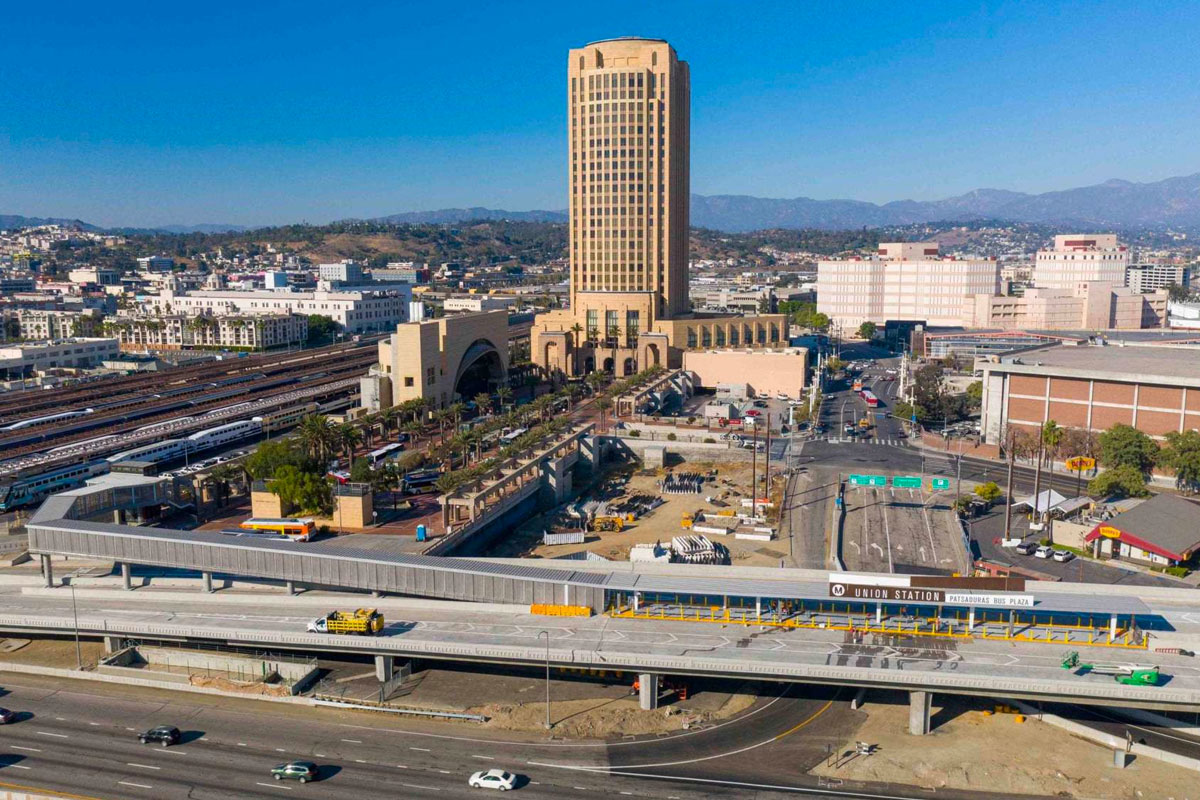 Wind Bridge is a system of integrated metal panels along the pedestrian bridge connecting a new busway station to Union Station and Patsaouras Transit Plaza. 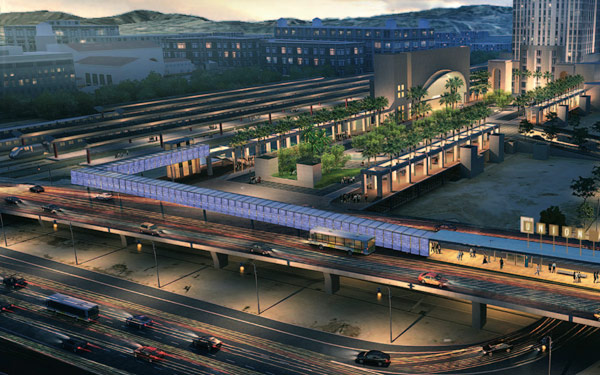 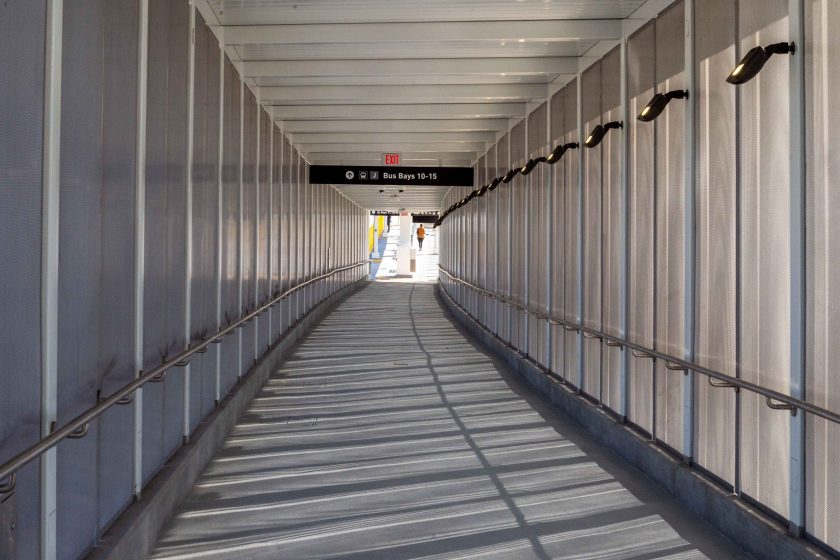 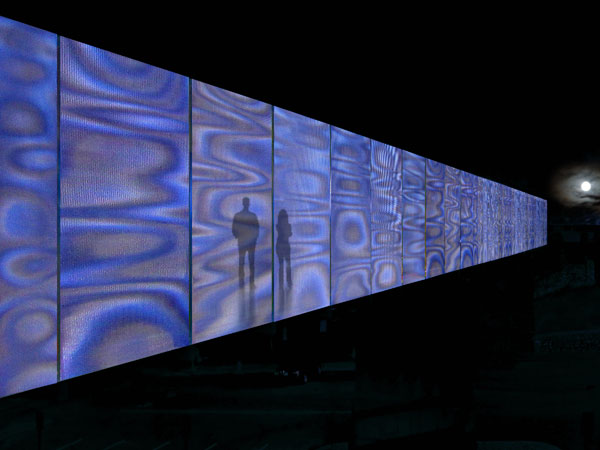 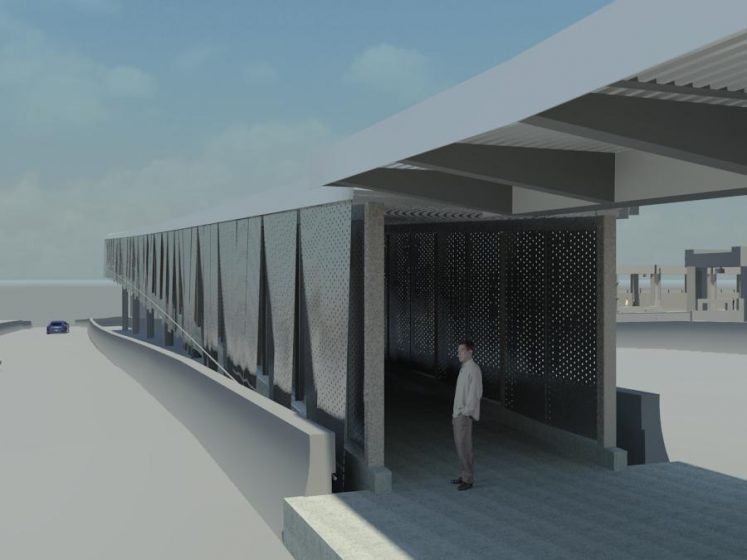 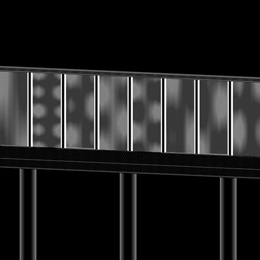 California artist Ned Kahn’s design for the 750- foot-long Wind Bridge utilizes hinged perforated stainless-steel panels that move with the wind and reveal a subtle, rippling moire effect of light and shade. Lighting at night reveals patterns as silhouettes against illuminated surfaces inside the bridge. This artwork presents an opportunity for close and repeat viewing that changes day-by-day. Kahn is internationally known for artworks that reveal environmental forces like wind by converting natural flow patterns into pixelated motion. He calls these artworks “detectors” because they are analogous to the detectors on telescopes and other scientific devices that reveal the effects of the invisible.

This video offers an experiential view of the artwork alongside a description in the words of artist Ned Kahn.

“For the last 25 years, I have created artworks that seek to increase awareness of natural phenomena. Using elements such as water, wind, fog and light, I have worked to create contemplative oases in urban environments, places where people can reconnect with the larger forces of nature. I am interested in creating artworks that blur the boundaries between art, science and architecture.” 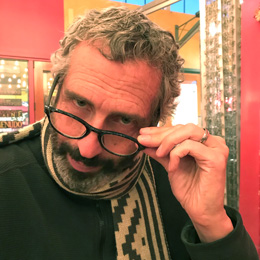 NED KAHN has completed over 40 large-scale public artworks throughout the world, and has been recognized with numerous grants and awards from such prestigious organizations as Americans for the Arts, The American Institute of Architects, the National Endowment for the Arts and the National Science Foundation. In 2003 he received a fellowship from the MacArthur Foundation, commonly referred to as a “genius grant.” These unrestricted fellowships are awarded to “talented individuals who have shown extraordinary originality and dedication in their creative pursuits and a marked capacity for self-direction.” His work has been examined by many national publications including The New York Times, The New Yorker, Landscape Architecture Magazine and Sculpture Magazine and he has lectured widely throughout the United States.