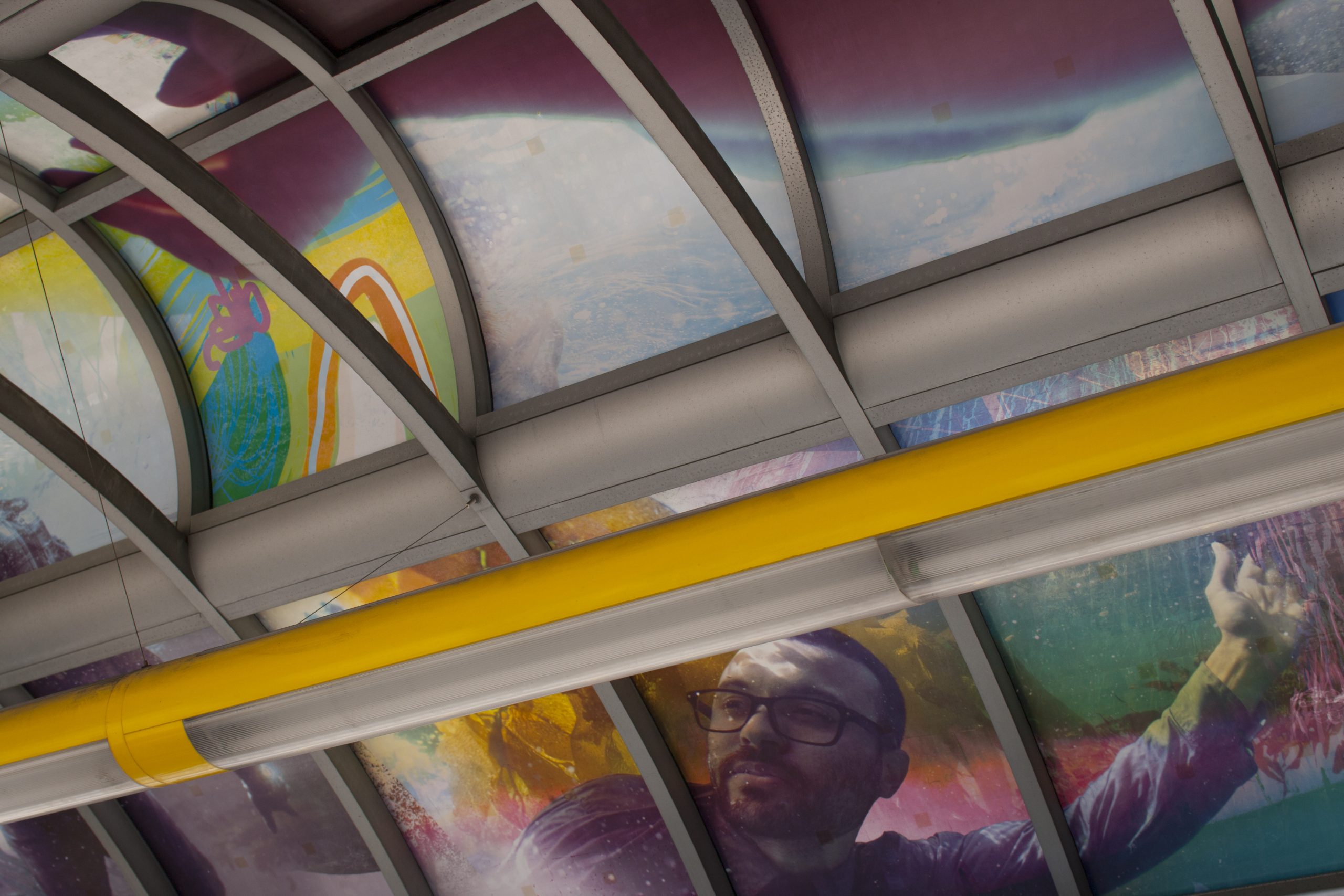 John Trevino’s photomontages for this bus station, titled Sunk In Above, are inspired by nearby thoroughfares—including Hawthorne Boulevard, Imperial Highway, La Brea Avenue, Rosecrans Avenue, Venice Boulevard and Western Avenue—that connect Los Angeles’s urban areas with the ocean. The transparent vinyl artwork for the glass panels on the two platform canopies combines colorful photographs of people in street attire submerged in the ocean with abstract images of the city infrastructure surrounding the station. Emphasizing connections between seemingly disparate spaces and objects, visual parallels can be found among the imagery, such as similarities between sea kelp and the sooty underside of a freeway overpass. 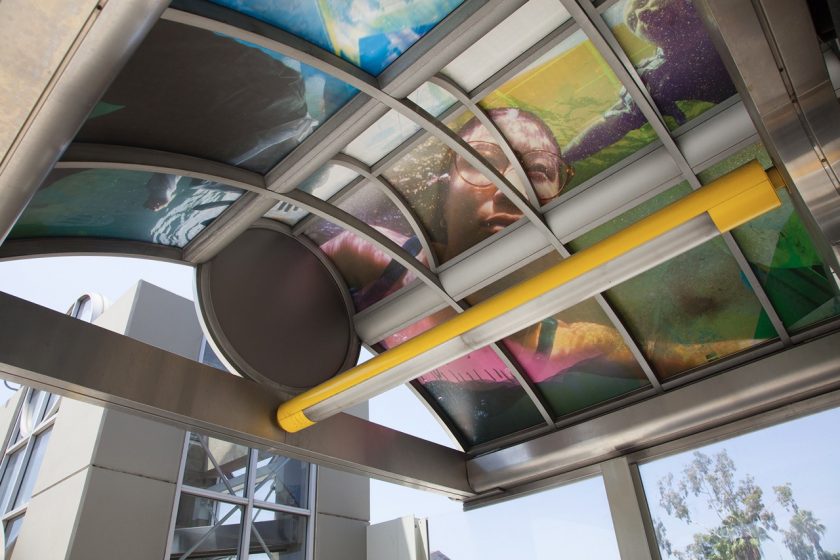 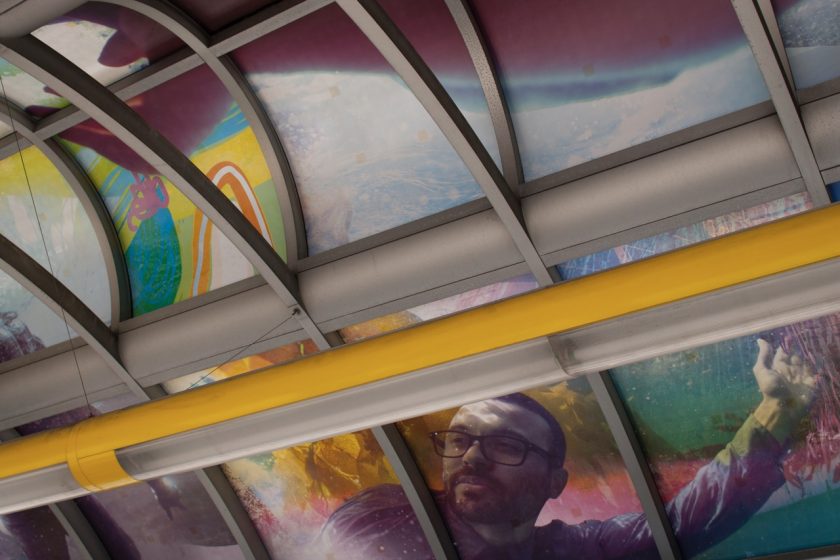 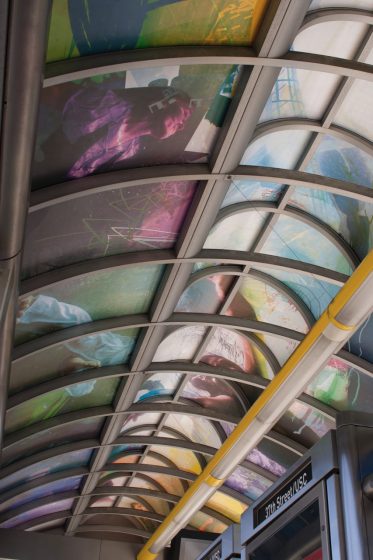 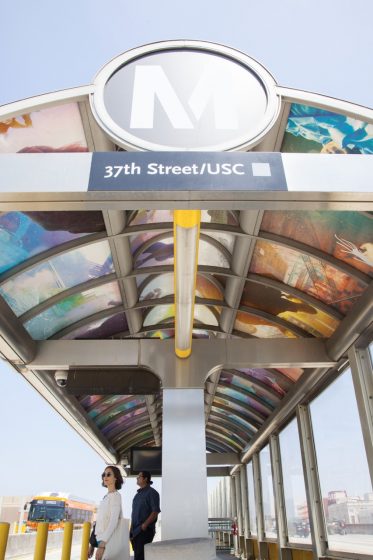 “[The project] speaks to the diversity of the Southern California landscape and the ways [the area’s] various environments—and by extension, experiences—relate to and oppose one another.”

JOHN TREVINO (b. 1972, Long Beach, California) earned a Bachelor of Arts in black studies and art from the University of California, Santa Barbara, and Master of Fine Arts in painting from Howard University. He has taught art at Howard University. Trevino’s figurative paintings, photographs and mixed-media works have been exhibited in galleries throughout Los Angeles and Washington, DC. His public murals can also be found in those cities.