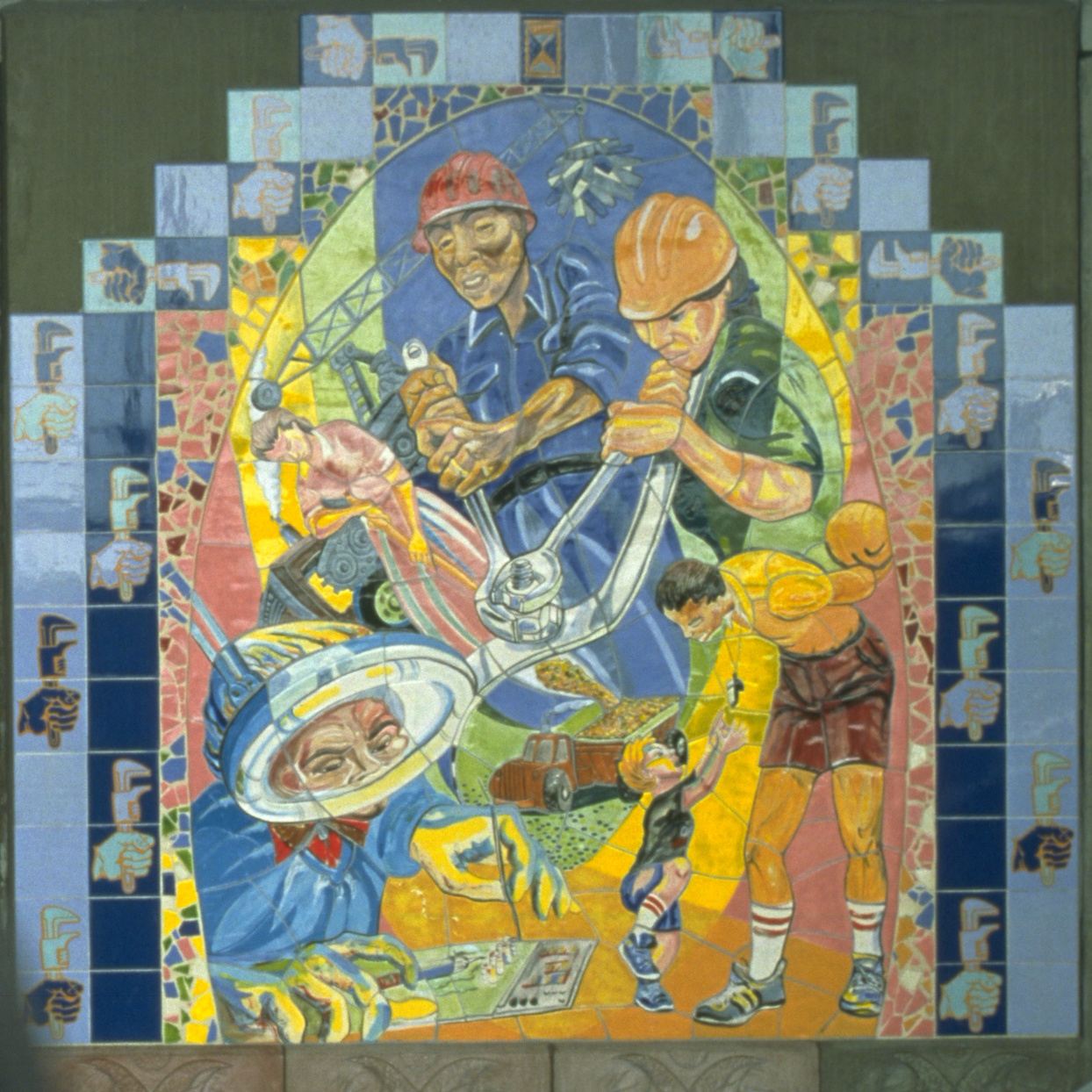 At the two levels of Slauson Station, artist collaborative group East Los Streetscapers examines the culture and history of the neighborhood of the station in South Central Suite. At the street level, four ceramic and concrete panels titled Slauson Serenade depict the lives of everyday citizens and celebrate values that are shared by the people who live and work in the station area: love and family, church and school, work ethic and community service. Centrally featured in the “Community Service” panel is former County Supervisor Kenneth P. Hahn, a long-time representative of the district and an ardent supporter of the development of the Metro Rail system.

“For us at E.L.S., the Slauson Station project provided the opportunity to expand beyond our traditional genre of painted murals. We found the design task to be an exciting process wherein we integrated our imagery into new materials for the existing architecture. Our goal for the project is to celebrate the history and culture of the neighborhood and to create an enduring public art work that the community and commuters will embrace.”

EAST LOS STREETSCAPERS was founded in 1975 by WAYNE HEALY and DAVID BOTELLO, both veterans of the East LA mural movement. Healy was born in Santa Barbara and worked as an aerospace engineer before dedicating himself full time to ELS. Botello was born and studied in East Los Angeles, and he is an experienced artist and muralist who has received two National Endowment for the Arts Fellowships. ELS projects are executed in a wide variety of materials and include the Metro Rail Slauson Station and Parque Pobladores in San Jose.