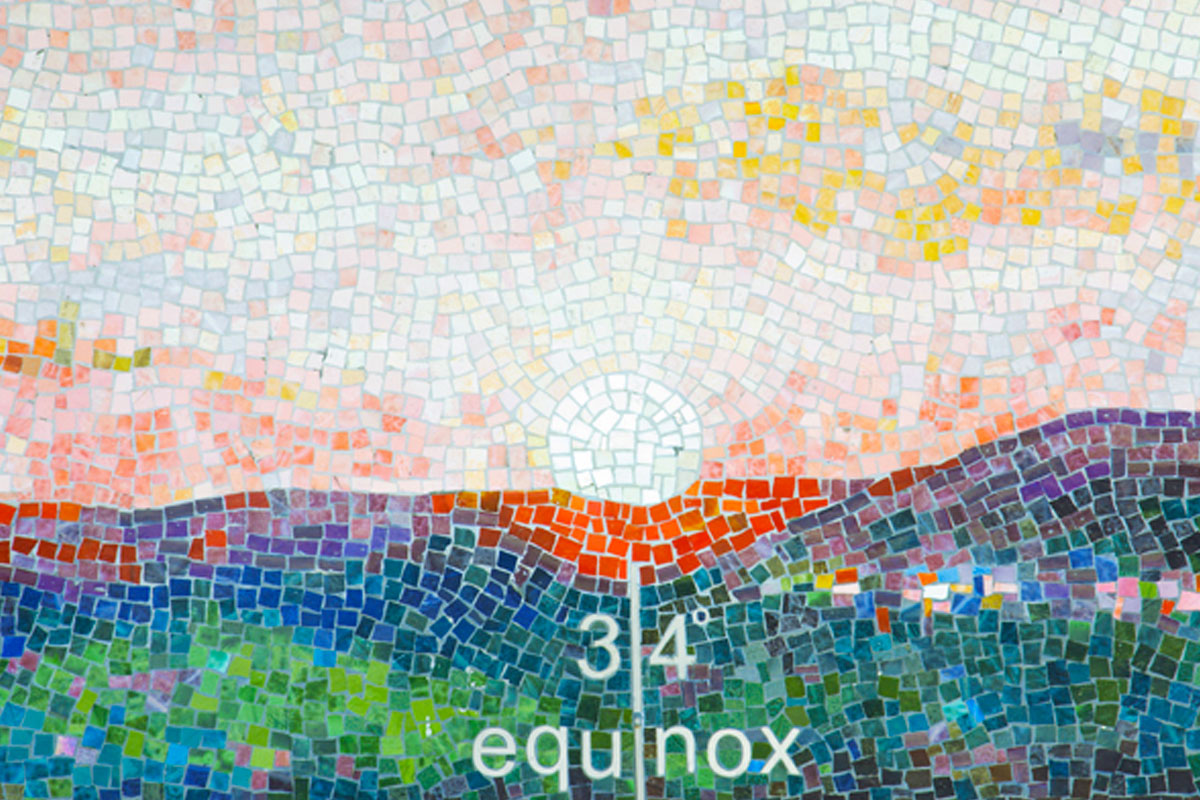 Roy Nicholson’s artwork for two facing concrete wall locations at a below grade portal celebrates the natural beauty of Los Angeles’ favorable geographic position on the 34th parallel. The glass mosaic murals reflect the east-west orientation of the walls by depicting the Santa Monica sunset to the west and the San Bernardino Mountains to the east.

“The concept relies on the light-reflecting quality and textural beauty of glass mosaic, which allows for a great range of rich, jewel-like colors that will contrast effectively with the existing bare concrete walls.”

ROY NICHOLSON received a National Diploma in Design from the Hornsey College of Art, London where he studied with Bridget Riley. He later studied at the Brooklyn Museum School of Art as Max Beckmann Memorial Scholar, and later received a Master of Fine Arts from Norwich University, Vermont. Nicholson was Professor of Art at Southampton College of Long Island University from 1986- 2005. He has exhibited widely throughout the United States and completed two Venetian glass murals for the NYC MTA Arts for Transit Program.