Mark Steven Greenfield’s glass mosaic, Red Car Requiem, for the station’s concourse will be a sentimental tribute to Los Angeles’s historic Pacific Electric Red Cars, a once iconic fixture in the city. The artist’s concept is drawn from fond childhood memories that evolved into a profound appreciation for the transit system, which contributed to the growth of LA County between 1901 and 1961 by bringing electricity and access to outlying areas. The abstract artwork is boldly rendered in the distinguishing red, orange and yellow hues of the historic Red Cars. Symbolizing destinations along a route, a series of rosette-like clusters of curvilinear shapes are connected by sweeping lines. Each rosette contains the unique shapes that were once punched into Red Car passenger tickets. In addition to connoting the movement of rail, Greenfield’s energetic forms, sweeping gestures and dynamic composition refer to the momentum of a town always in flux. 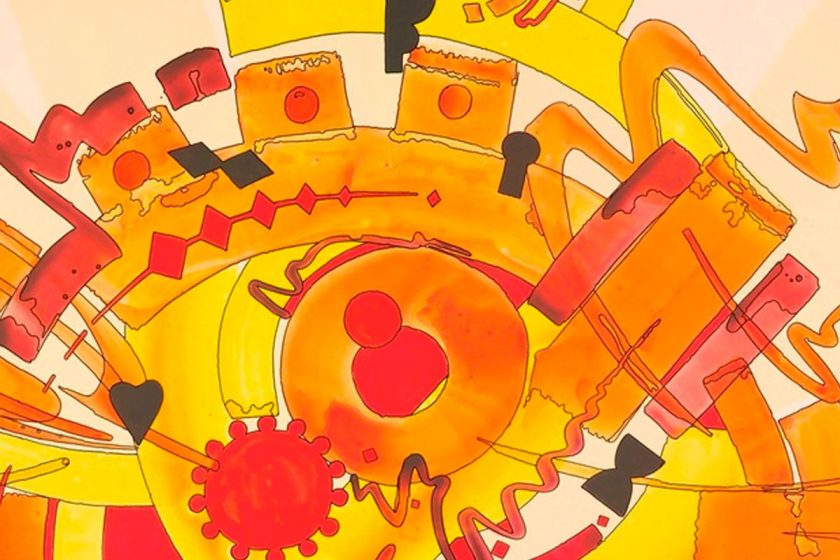 In conjunction with the artwork, Greenfield collaborated with the Cal State LA Alumni Association to survey Angelenos for their memories of riding the Red Car. The culmination of this survey was an online event over Zoom, during which respondents took part in a public storytelling conversation sharing Red Car memories.

“It is my hope that the overall impact of the work will be seen as a whimsical abstraction of the energy of the Red Cars and the communities that are once again being served by Metro Rail.” 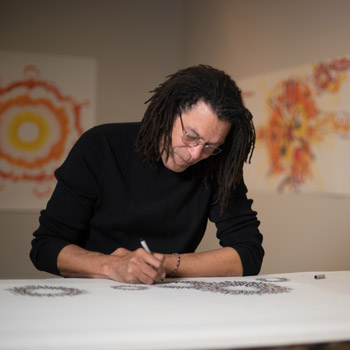