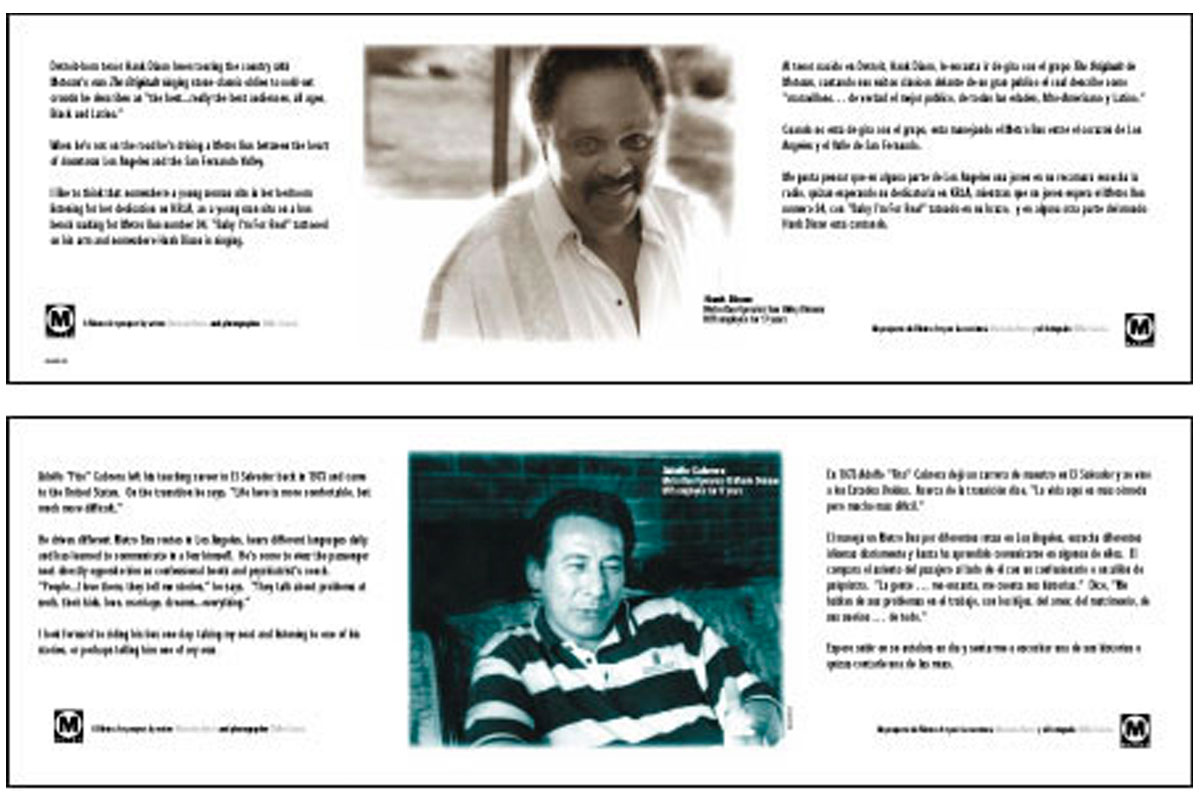 The collaborative team of writer/poet Marisela Norte and artist/photographer Willie Garcia was selected by a panel comprised of a poet, photography professor, and bus driver to develop a creative means of paying tribute to more than 6,000 dedicated Metro System operators (including bus drivers, rail operators, maintenance personnel, mechanics, transit planners, etc.). The artist team was let loose in the system to uncover the unique stories told by the people they met.

With unlimited access, the team hung out in the break rooms at bus divisions and talked to employees as they navigated the system. Their combined efforts featured the stories and portraits of a customer service desk manager who learned to speak sign language out of a desire to better communicate with her hearing impaired customers; a female diesel bus mechanic; a bus driver who sings with Motown’s “The Originals”; a stenographer and gospel choir singer; a 66-year Metro employee still working at age 90; and many more.

Norte’s text, in English and Spanish, and Garcia’s photographs were paired together on placards placed in 2,000 bus interiors over the course of a year. 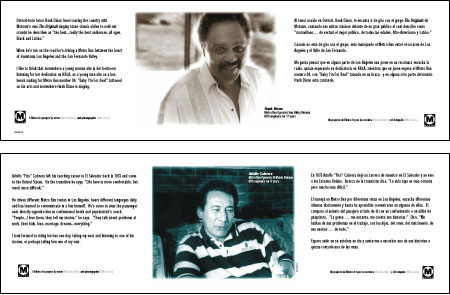 “As a writer, the bus has been my transportation and my inspiration for the past 30 years. It has become my “mobile office,” the space where I write about the daily lives of Angelenos that ride the bus to and from work. My writing circulates as I do through economically marginalized parts of the city in spoken word form..My work is an ethnography of post-industrial Los Angeles culture viewed through a bus window.” Marisela Norte

“I spend a great deal of time getting to know each person I photograph. I want to reach beyond a simple image and capture their soul, their humanity.” Willie Garcia

WILLIE GARCIA grew up in Los Angeles and apprenticed with a professional photographer at an early age. Learning solely from hands-on work, he has documented youth subcultures, workers, and other city dwellers throughout Los Angeles. Garcia’s work involves manipulating the photographic image during the developer stage, and multiple image montages.

MARISELA NORTE is a writer and performer whose 30-year bus riding experience, particularly on the number 18 downtown to East Los Angeles bus, has inspired her work. She has performed at universities, cafes, bookstores, high schools, and on public radio; her writing has been included in a number of literary and mainstream publications. In October 1995, Buzz Magazine dubbed her “The Muse on the Bus” and included her in its “100 Coolest People in LA.”