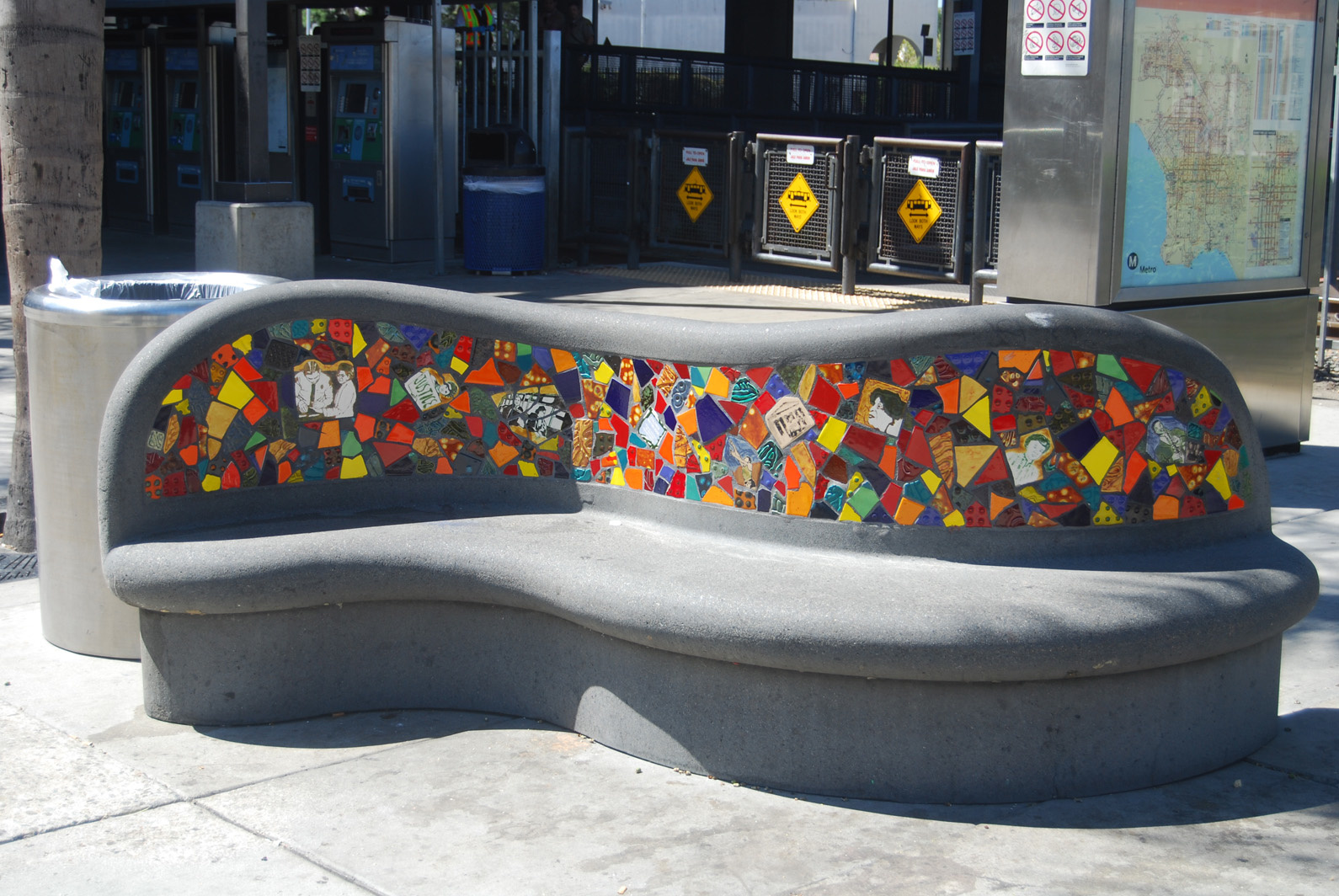 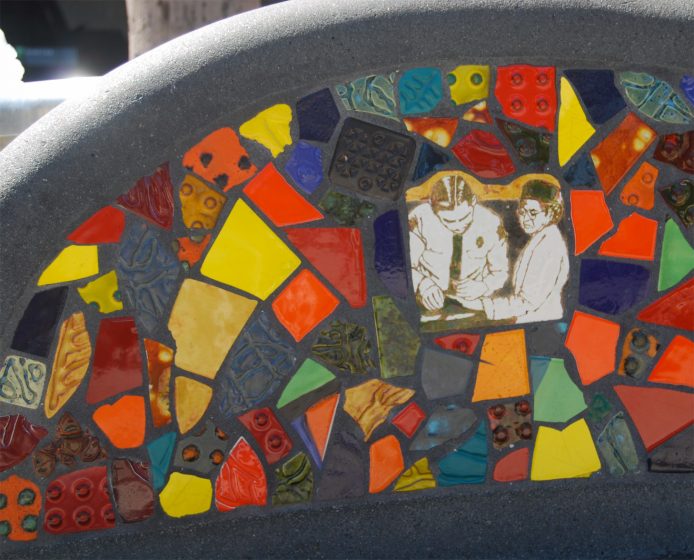 Artists Michael Massenburg and Robin Strayhorn created a public artwork honoring Rosa Parks and the Watts community. Viewing public transportation seating as symbolic of the Rosa Parks historical event, the team created 5 seating areas out of concrete and ceramic tile, each seat honoring an important year in the life of Rosa Parks.

The artist team worked directly with the local community and the South Central Senior Citizens Center, illustrating the connection between events associated with Rosa Park’s life and the lives of people from Watts. Collecting photographs of important events and people from the community, these images are incorporated into the artwork through painting on the tiles.

“Our philosophy is that art is functional and should be reflective of its different communities. We create an artistic and cultural environment for communities who may not have access to galleries and museums.” 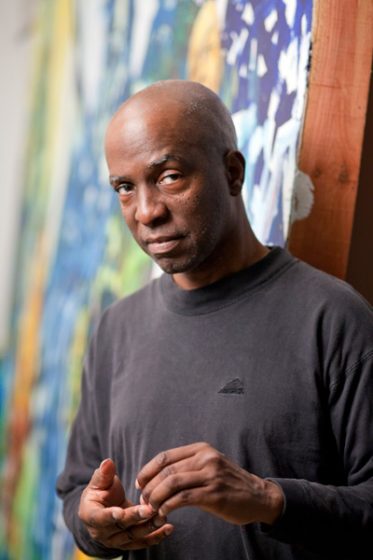 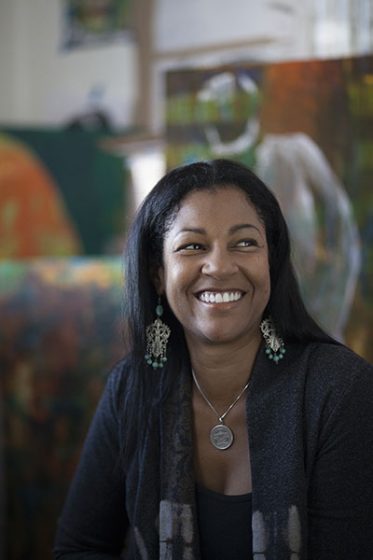 ROBIN STRAYHORN‘s public art experience includes two commissions for the Ontario International Airport in 1998. In addition to her public art experience, she was a LAUSD teacher for Markham Junior High School (now Markham Middle School), located less than a mile from the Willowbrook/Rosa Parks Station.