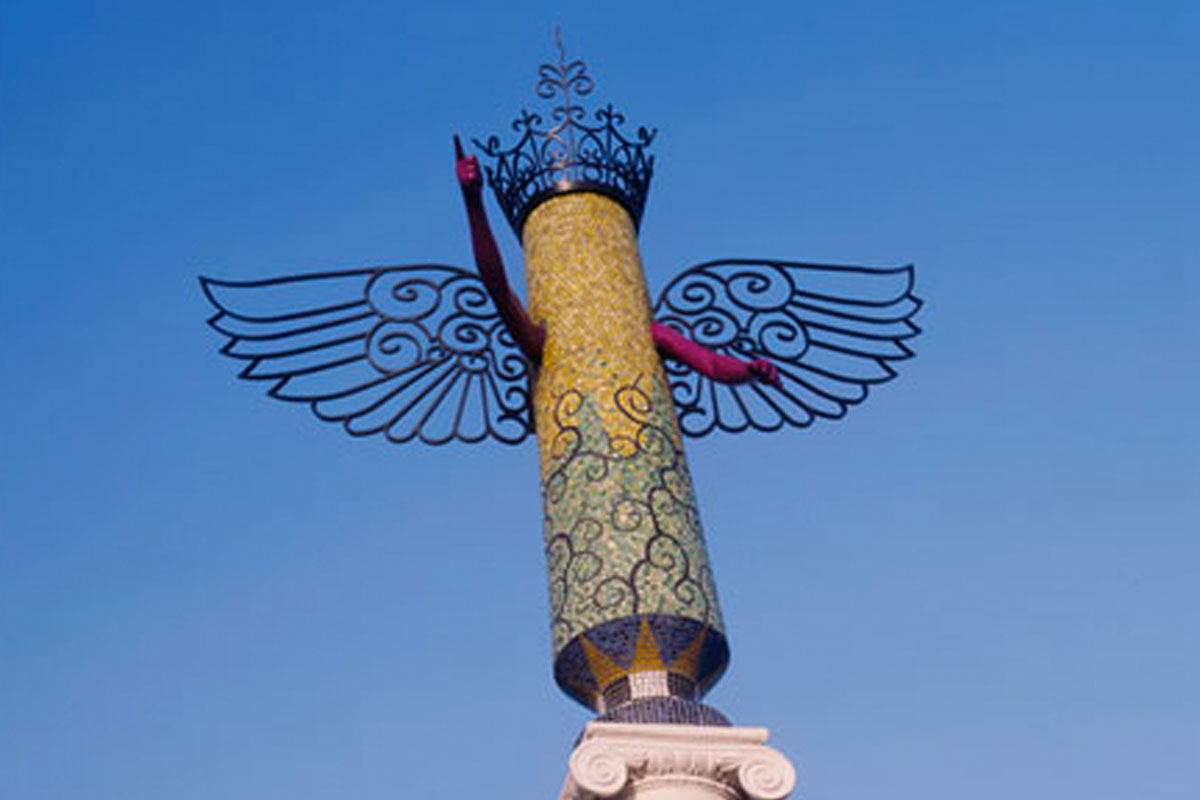 Artist Teddy Sandoval, a longtime resident of Highland Park, has created a gateway with a Victorian flair for the Highland Park area. Three 13-foot tall white columns support winged “guardians” made of glistening tile mosaics, and capped with ornate metal crowns. Each figure gestures to a destination on the Metro L Line (Gold) — one points to Union Station, another to Pasadena, and yet another to the Southwest Museum located on the hillside above the station. Two of the column bases frame hand-painted ceramic tiles depicting historical Los Angeles landmarks and mystical and native themes. The third column sits atop two dice, a symbol Sandoval used repeatedly in his work. 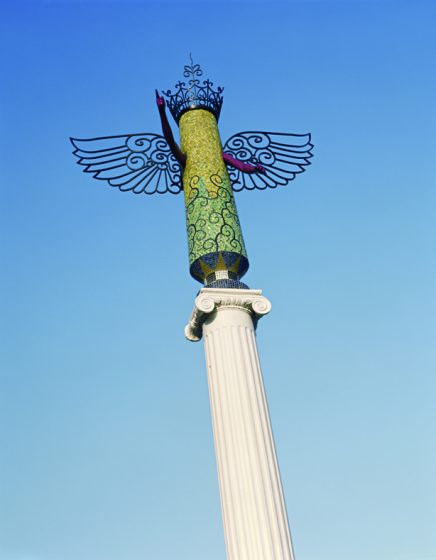 “Los Angeles is one of the world’s most exciting and culturally diverse cities in which to live. I have experienced many of its pains and joys as this city has grown and improved over the years. Some of its major setbacks have contributed to creating some unity within the communities by improving communication among neighbors and eliminating a few more stereotypes.”  – Teddy Sandoval

“As Teddy’s partner of 18 years, I worked to carry out his thoughts and ideas about the project after his death in 1995. The vision he had for this station was that it would become the ‘Gateway to Highland Park.’ When people depart the train at this station, they will realize that they have arrived at a very special place.”  – Paul Polubinskas

PAUL POLUBINSKAS holds an Associate of Arts degree from Albany College, and is a ceramic arts fabricator. He assisted in completing the fabrication and installation of the artwork for this station.

TEDDY SANDOVAL received his Bachelor of Arts from Cal State Long Beach. His work has been exhibited in galleries throughout California, Arizona, Texas, Colorado, New Mexico, Illinois, Michigan, Florida, and Washington, DC. His work was included in the Color Xerox Show in Calgary, Canada, in American Pop Culture Images Today in Tokyo, Japan, and in Viva la Frida: Fridomania at the Diego Rivera Studio Museum in Mexico City. He died in 1995 after completing the design concept for the station.