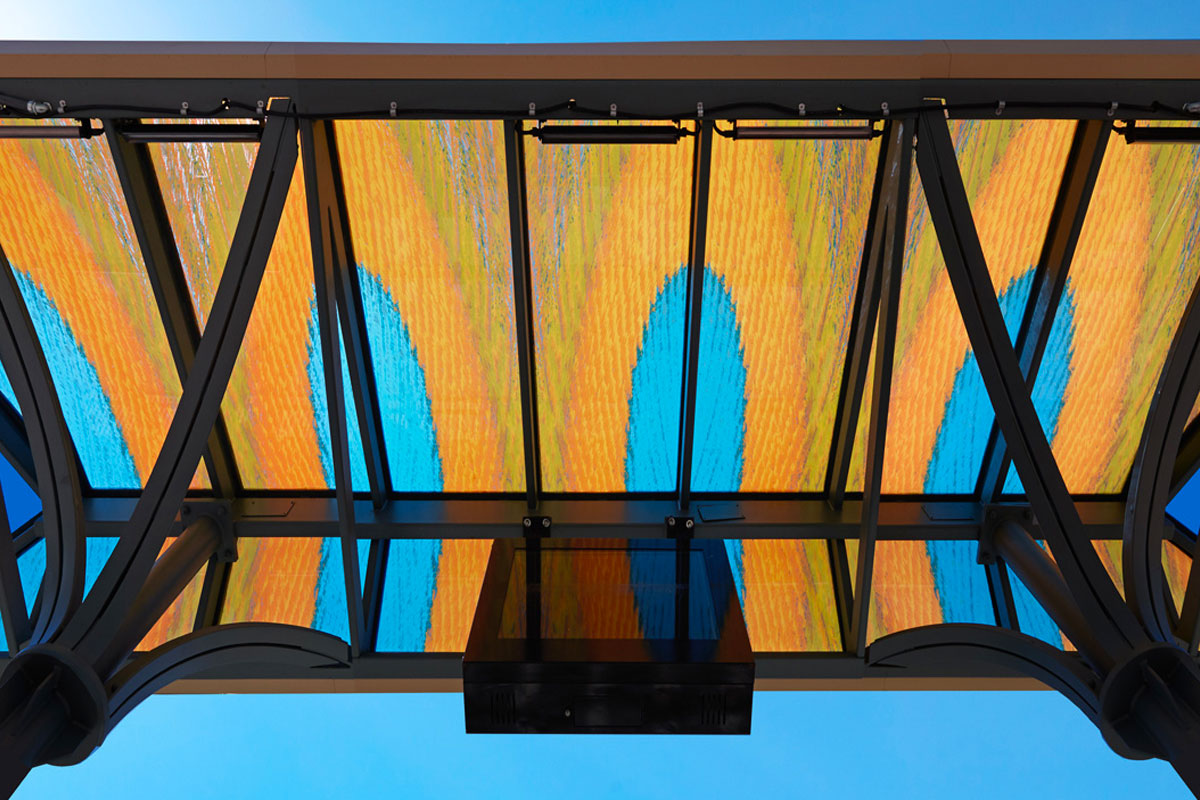 Weaving together history and the story of place, Michael Davis’s artwork for this station, located in downtown Arcadia, draws inspiration from two of the city’s major destinations: the Santa Anita Park thoroughbred racetrack and the Los Angeles County Arboretum and Botanic Garden. Titled Arcadian Zephyr (2015), the artwork consists of perforated stainless steel panels that enhance the railings flanking the entry ramp, a colorful glass canopy sheltering the fare vending machines, as well as stone-and-metal benches and a 22-foot-tall sculpture on the platform. The abstract galloping racehorses on the entrance panels pay tribute to the iconic metal frieze at Santa Anita Park. In reference to the racetrack’s logo, a racehorse design is sandblasted on the black granite seatbacks of the platform benches, which are supported by the lucky number seven in the metal framework. A variety of flora and fauna typical of the nearby Arboretum are featured among galloping horses in the towering metal weathervane sculpture. The rhythmic design on the glass canopy alludes to the eye of a peacock feather, in honor of Arcadia’s official bird. The peacock is also referenced in an abstract feathered design on tile pavers in the adjacent parking garage.

“The images are a curated collection inspired by Arcadia’s history and lore, and a short tale of my own. My grandmother had a secret drawer. As a boy, I opened it and found a book filled with dried flowers, letters and an iridescent eye from a peacock feather.”