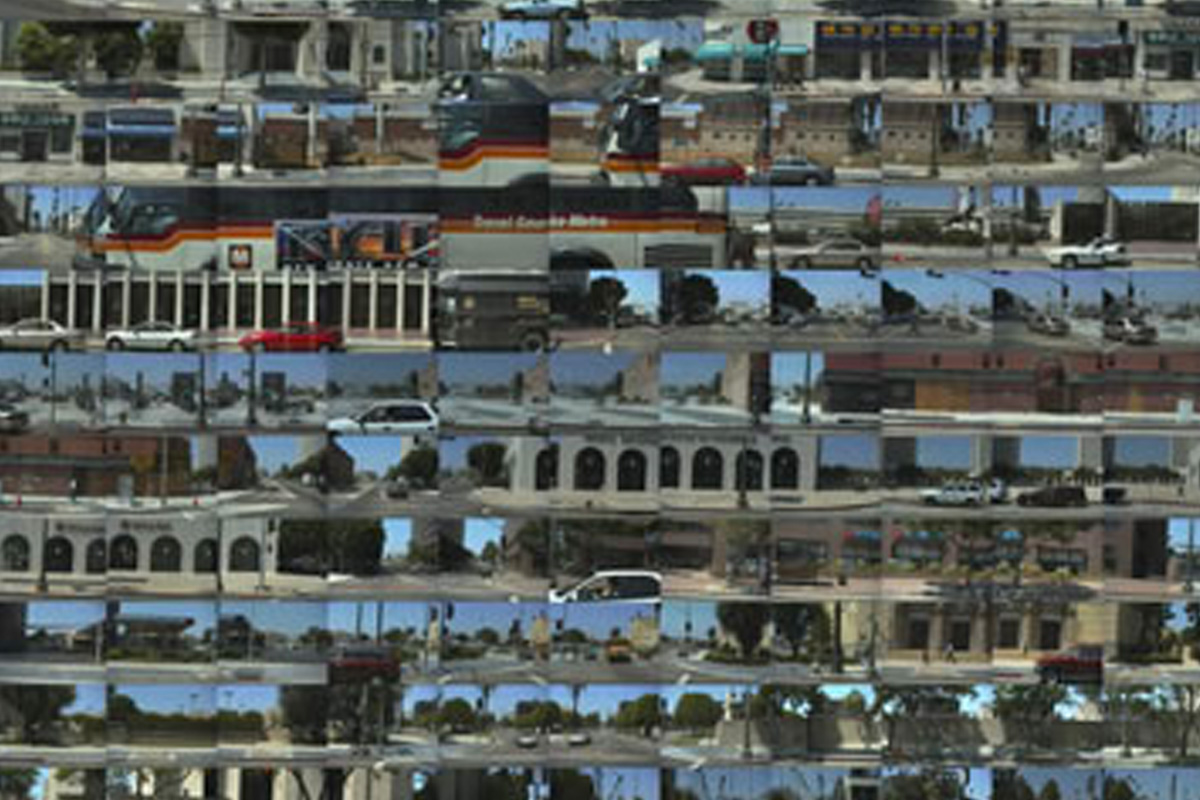 Artist Robbert Flick presents a series of photographs titled, Along WILSHIRE, looking North (from Grand to Mariposa). For the series, Flick painstakingly recorded each northern building facade on Wilshire from downtown to just beyond Western during one day: July 10, 1997. These images generally trace the route of the Metro A Line (Red) on Wilshire and become a frozen record of the neighborhood under which the trains run. Flick then combines these color images in grids, one image visually tied to the next, as our eyes move along the route. The result is a remarkable documentation of a neighborhood and a seemingly endless amount of information to contemplate.

Robbert Flick, Along WILSHIRE, looking North (from Grand to Mariposa)

Robbert Flick, Along WILSHIRE, looking North (from Grand to Mariposa)

“This work is part of a long-term project that deals with the extended visual documentation of Los Angeles where I trace routes through the Southern California cityscape in an effort to make visible what the singular frame does not.”

ROBBERT FLICK is represented by Rose Gallery in Santa Monica and Robert Mann Gallery in New York. Most recently, his work has been featured in Under The Big Black Sun: California Art 1974-1981, at MOCA The Geffen Contemporary and Sight Specific: LACPS and the Politics of Community, at the Fisher Museum, USC. Other recent and notable exhibitions include Street Sight, at the Armory Center for the Arts, Pasadena, CA and Robbert Flick: Trajectories at the Los Angeles County Museum of Art. Flick is the recipient of numerous awards including a Guggenheim Fellowship, two National Endowment for the Arts Individual Artist Fellowships, a Ford Foundation Faculty Enrichment Grant and a Flintridge Foundation Award. Flick is Professor of Photography at the University of Southern California Roski School of Fine Arts, where he has taught since 1976.