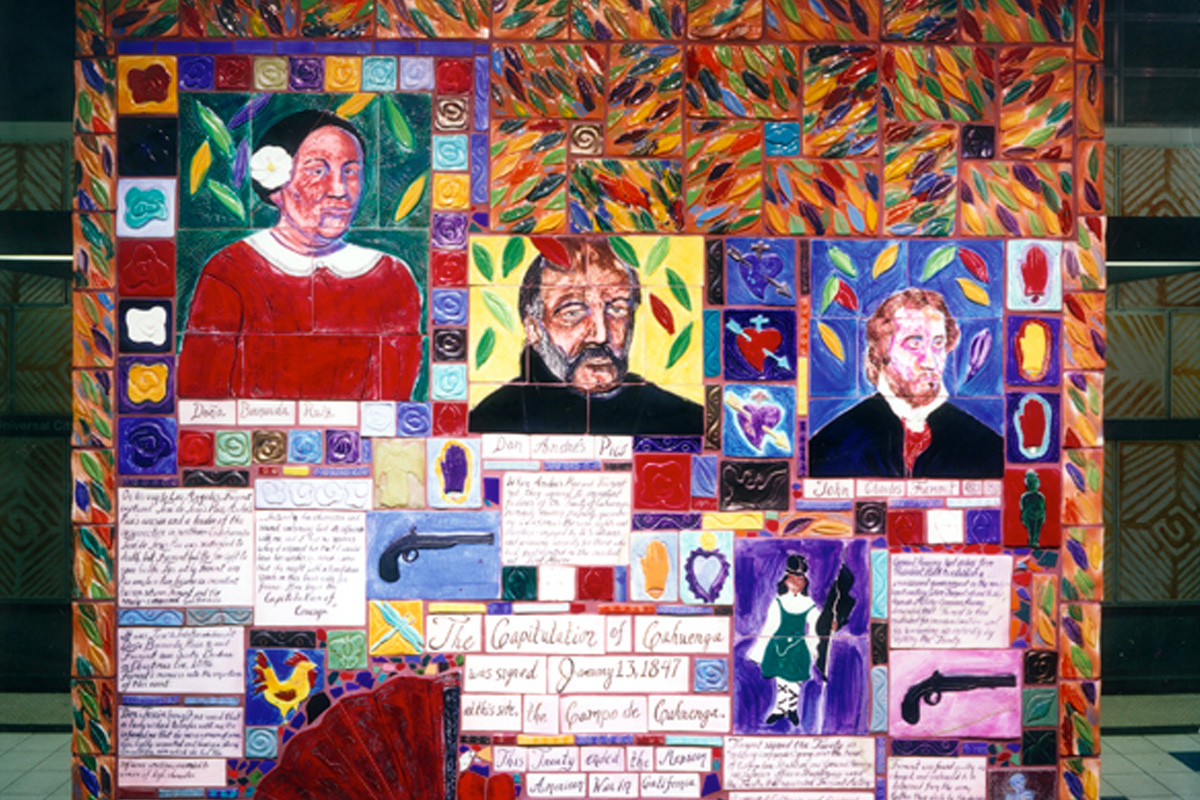 Adjacent to the historic site of the Campo de Cahuenga where in 1847 Mexico relinquished control of California to the United States in the Treaty of Cahuenga, this station and its integrated artwork were designed by artist Margaret Garcia and architect Kate Diamond.  The artist and architect have titled the project Tree of Califas.

The station artwork focuses on the significance of the 1847 relinquishment in state and local history. Tree of Califas draws its title from the the mythological black Amazon queen Califas who was said to have ruled a tribe of women warriors and after whom the Spaniards named California.

Visitors descending into the station are greeted with a historical timeline highlighting key dates and events related to the area’s past.  A series of highly stylized trees on the station platform provide a dynamic canopy over the interior space. Symbolizing life, time and growth, the design of these interior trees was influenced by the mature pepper trees that once lined Lankershim Boulevard. Each tree trunk is clad in handmade colorful art tiles that reflect the history of the area and its people, and offers a visual and textual narrative of the events leading up to the Capitulation of Cahuenga.

The Mayan letter “G” symbolizes all beginnings and all endings appears as a consistent design element throughout the station, in screened porcelain wall panels, cast iron railings, wainscoting and benches, and on the elevator glass.

“The history of this station is so important and so overlooked, for the indigenous peoples, the Gabrielino-Tongva tribe, the Mexican settlers—half of whom were of African descent—and for the U.S. immigrants who came and settled here. This work covers a period of time when all these cultures met and came to terms with the dilemmas of war and cultural differences. If the station columns, the timeline wall, and the site in general evoke enough of this history to remind us how these people came here and nobly sought justice and peace, we will have accomplished much. It is my hope that we can all look at this work with pride and remember our history.”  – Margaret Garcia

“While it is always important to make meaningful public places, this station presented the challenge of re-inventing and re-defining a lost piece of California history. The station is located on the site of the Campo de Cahuenga where Andrés Pico and John C. Fremont signed the Capitulation transferring rule over California and Mexico to the United States. Our goal was more than just the design of a wonderful, functional subway station that would serve the transit-going public. Our mission was to make this important California history visible again. The architecture became a joyful setting for experiencing the power of the history of this place through the storytelling art.”  – Kate Diamond 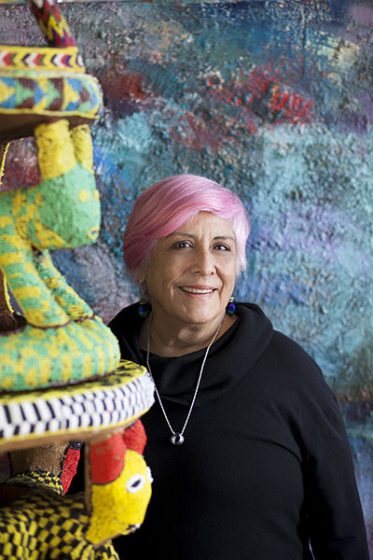 MARGARET GARCIA is a Los Angeles resident who studied fine art at USC. She teaches and lectures throughout the region, and has produced a number of murals in the Los Angeles area. Her work has been included in numerous exhibitions in California, Texas, and Mexico.

SIEGEL DIAMOND ARCHITECTURE has completed projects including the new Air Traffic Control Tower for LA International Airport, the Metro A Line (Blue), and the Baldwin Park Metrolink Station. Kate Diamond is a past President of the Los Angeles Chapter of the American Institute for Architecture and served as lead designer on this project.