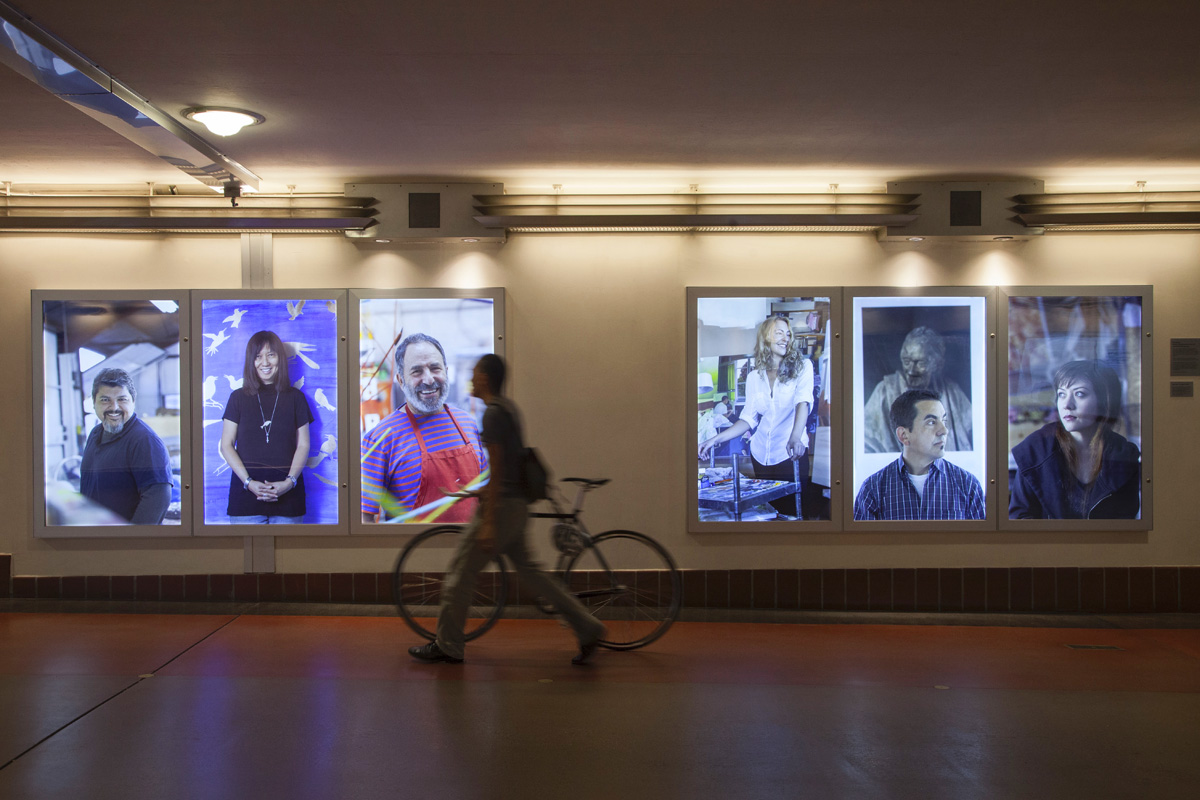 This series of photographic portraits present the artists behind the artworks in the Metro system. The illuminated photographs on display in the Passageway Art Gallery depict the artists in their homes and studios, providing a glimpse into their distinct personalities and cultural influences. Portraits were created by Todd Gray, a professional photographer and internationally exhibited artist born and raised in Los Angeles. He works in multiple genres including photo-based works as well as sculpture, paintings, performance and public art. 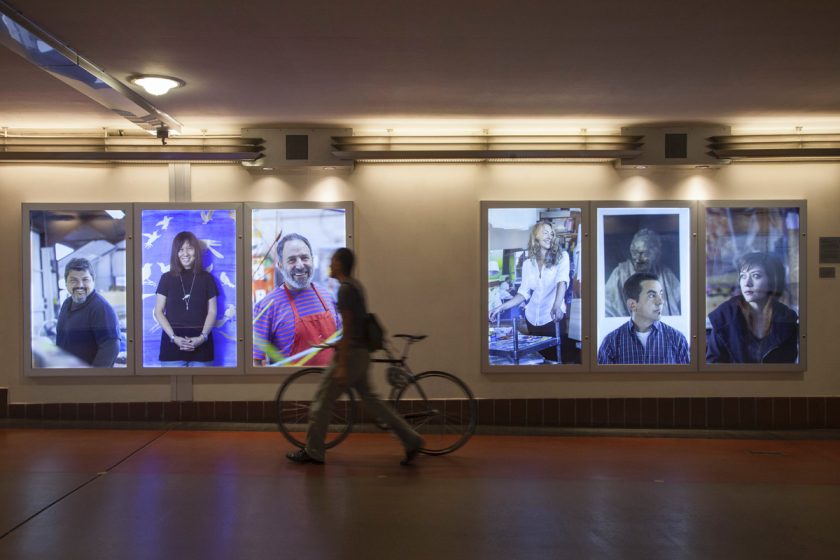 The Makers: Portraits of Metro Artists by Todd Gray

TODD GRAY (b. 1954, Los Angeles, California) works in multiple genres, including photo-based works, as well as sculpture, painting, performance, and public art. He began his career as a rock photographer before his friend and mentor, Ray Manzarek (keyboardist and co-founder of The Doors), convinced him of his talent as an artist. Gray went on to pursue both interests— exhibiting in museums, while photographing countless album covers and directing music videos. Gray’s work has been featured in numerous solo and group exhibitions nationally, and included in many public collections, including the National Gallery of Canada; San Francisco Museum of Modern Art; Los Angeles County Museum of Art; Museum of Contemporary Art Los Angeles; and the Studio Museum, Harlem. He is a 2016 Rockefeller Bellagio Residency Fellow (Lake Como, Italy). Gray maintains studios in Inglewood and Ghana.