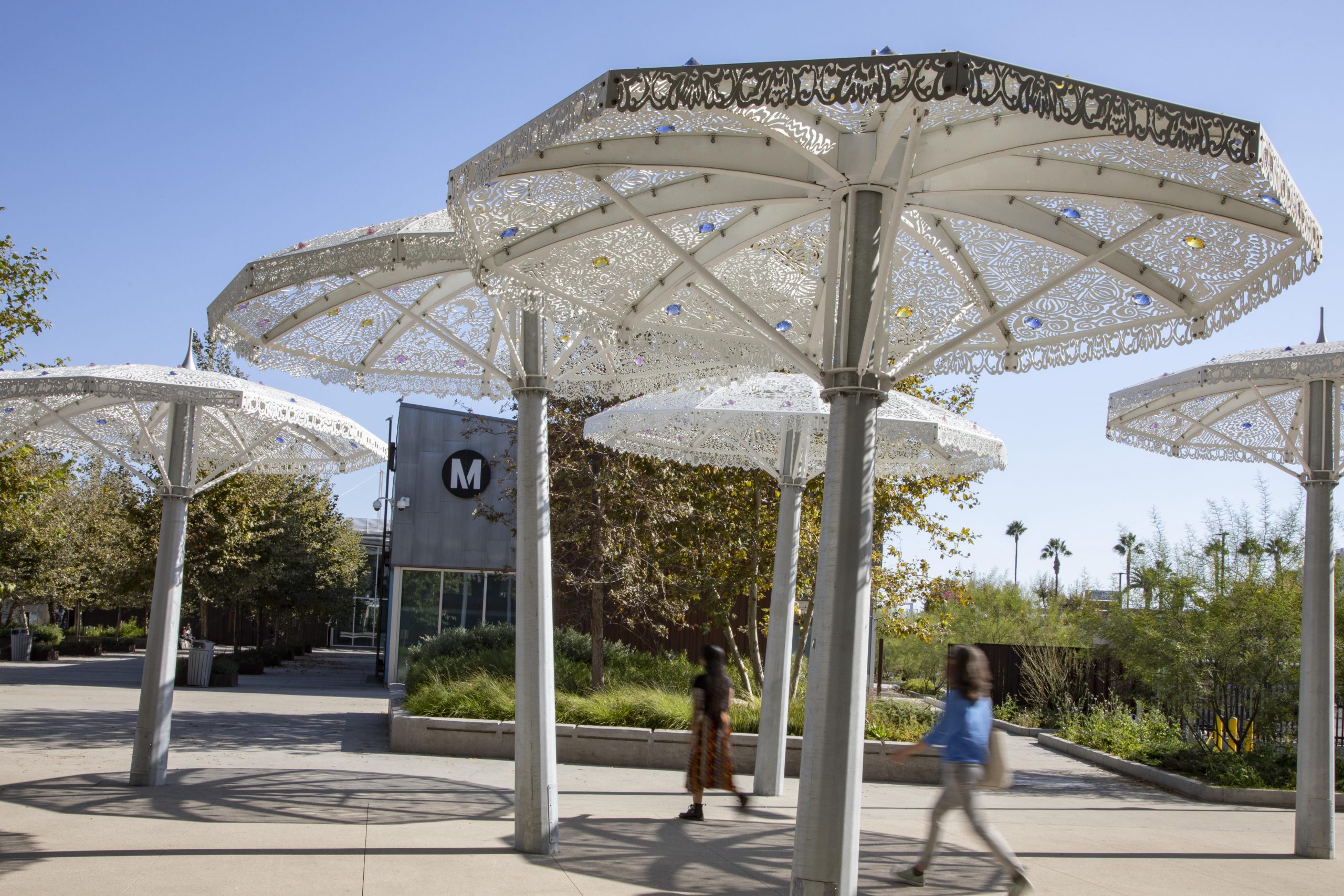 A series of sculptural parasols titled Second Line by artists Jamex and Einar De La Torre front the new Rosa Parks Customer Center and offer shade and enjoyment for the community at future events.  The artists recognized that parasols are featured in processions in the ancient and modern worlds.  The artwork pays homage to the significance of Parks’ actions by including her iconic image and several significant symbols from the civil rights movement in the patterning of the parasol canopy. The parasols reflect folk art traditions, referencing the warmth of home and strength of communal gathering in the form of papel picado and doilies.

The De La Torre Brothers’ striking and community-responsive works are realized through an ongoing collaboration with each other and early conversations with advisory groups, residents, and transit riders including pop-up events onsite.

The title, Second Line, is a celebration of life that can be traced to vivacious parades in 19th century New Orleans were in sync with their aspirations for the artwork and the plaza as a place of gathering activated by neighbors and fellow transit riders.

“We’re very comfortable with the baroque and quite uninterested in minimalism.” 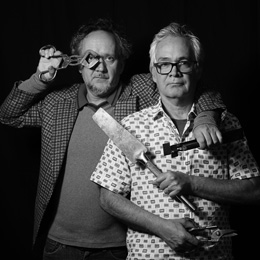 EINAR AND JAMEX DE LA TORRE  (b. Guadalajara, Mexico, 1963 and 1960) live and work on both sides of the border with studios in San Diego, California and Ensenada, Mexico.  Over the more than twenty years, the De La Torre Brothers have collaborated as an artist team, they have developed a signature style featuring mixed media work with blown glass sculpture and installation art. Their approach is additive, constantly combining material and meaning. Influences range from religious iconography to German expressionism while also paying homage to Mexican vernacular arts and pre-Columbian art. In the last 15 years they have been creating photomural installations and using Lenticular printing as a major part of their repertoire. They have won The USA Artists Fellowship award, The Louis Comfort Tiffany Award, The Joan Mitchell Foundation Award, and The San Diego Art Prize, in addition to having 18 solo museum exhibitions, completing 8 major public art projects and participating in 4 biennales.