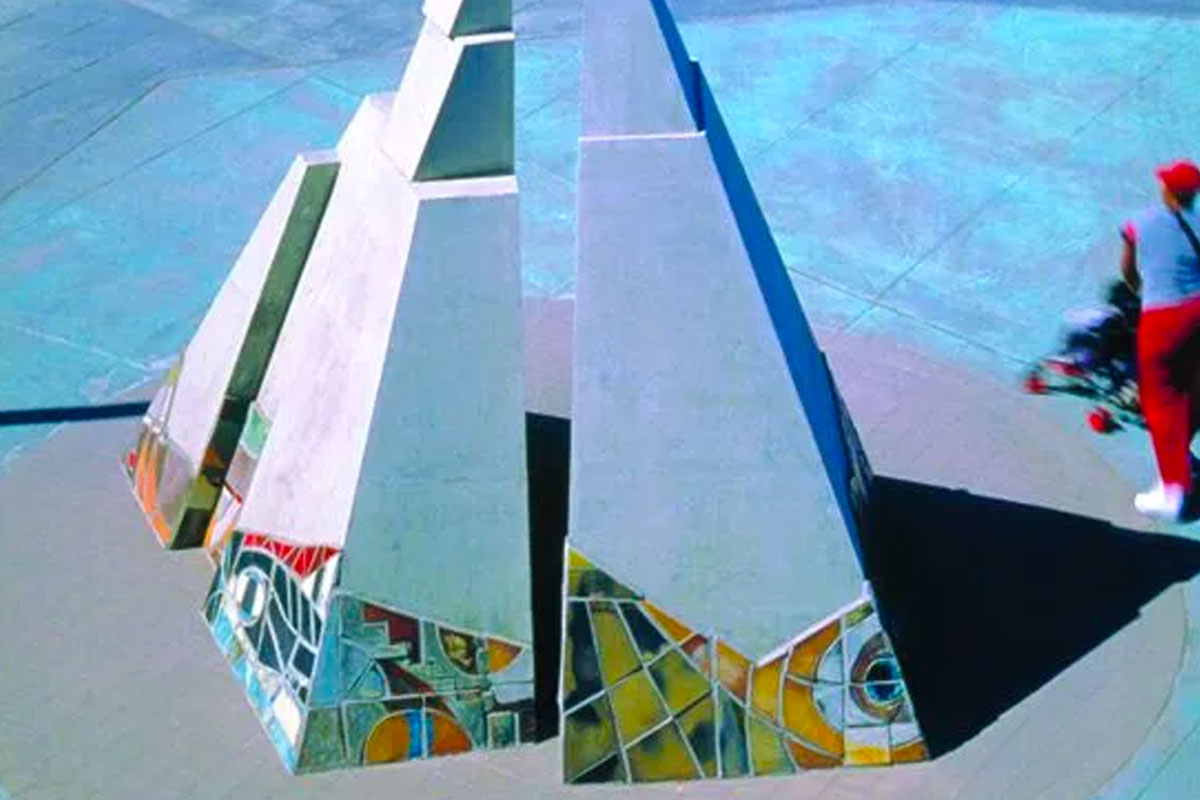 Artist John Outterbridge has created Pyramid, a bilateral, reinforced-concrete pyramidal form, located at the northwest end of the station entrance. The forms incorporate tile mosaics—an homage to the nearby Watts Towers.

“I chose the pyramid for its universal appeal, its antiquity and its architectural integrity. The form is both physically and visually (with high contrast in light and shadow) separated in two, implying the need to construct new social and cultural connections. This work is part of my ongoing investigation and response to the aesthetics of cultural and social complexities: common grounds and celebrated differences.” 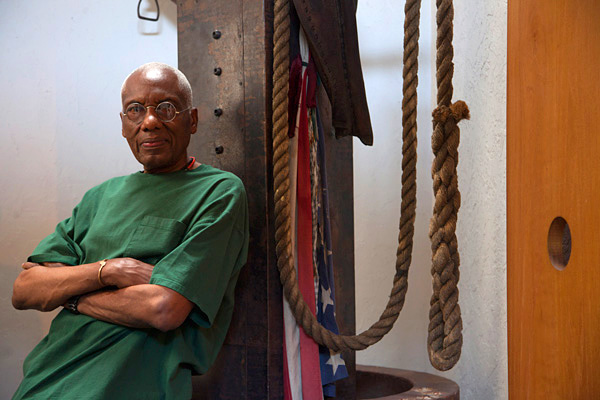 JOHN OUTTERBRIDGE (b. 1933, Greenville, North Carolina; d. 2020, Altadena, California) was born and raised in North Carolina and studied at the American Academy of Art in Chicago. Best known for his assemblage works, Outterbridge lives and works in South Central Los Angeles, and served as the director of Watts Towers Arts Center for 17 years before devoting himself full time to his own artwork. His work was featured in a one-person retrospective at the African-American Museum in Los Angeles. Outterbridge has represented the U.S. in major international exhibitions in Brazil, Cuba, and South Africa. His work explores issues pertaining to personal identity based on family, community, the environment, and aesthetics. He is well-recognized for his skill in creating art from found objects and discarded materials.