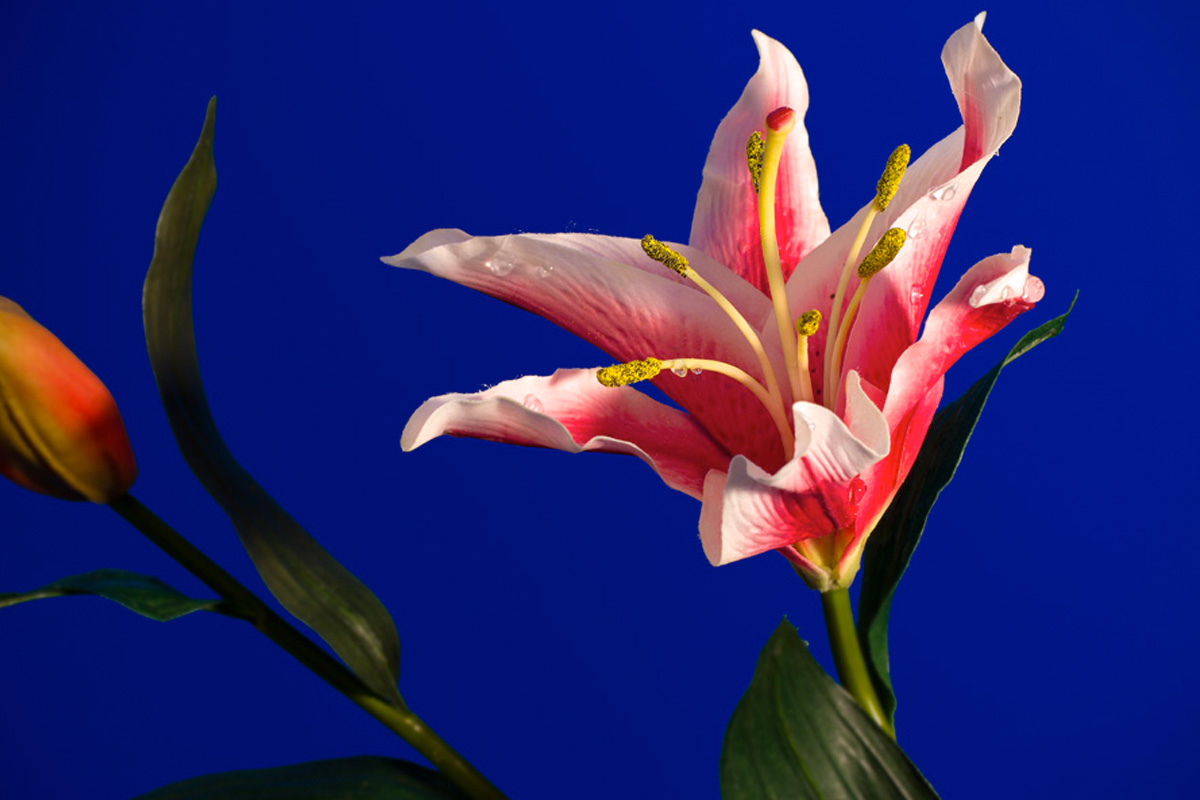 Portraying the life span of a lily, the sequential photographs in Michiko Yao’s Passing Lily (2016) question the dichotomy between the natural and artificial, as well as between the feminine and masculine. Culturally, flowers are generally associated with femininity, while the lily biologically has both female and male reproductive structures. The artist’s use of a silk flower to mimic the imperfect appearance of a wilting lily—its blossoming, sagging, drying and falling petals—is a metaphor that investigates socially constructed notions of gender.

These artworks are part of the Metro Art Photo Lightbox Series, displayed in select stations between 2017 and 2020.

“The realistic appearance of the mass-produced lily is based on ‘mono no aware,’ a Japanese aesthetic concept that beauty exists in the awareness of impermanence.”

MICHIKO YAO (b. Osaka, Japan) earned a Bachelor of Fine Arts and Master of Fine Arts from the California Institute of the Arts. Working in video, photography and installation art, she investigates Japanese social stereotypes in Eastern and Western cultures to confront constructions of gender, race and sexuality in relation to power. She is a recipient of a Visions from the New California Award from the Alliance of Artists Communities. Her work has been exhibited extensively at local venues that include the Laguna Art Museum, Los Angeles County Museum of Art, Japanese American National Museum and Orange County Museum of Art, as well as internationally at the Museu Brasileiro da Escultura in Brazil and Kidang Museum in Korea.