Titled Negative Space (STScI-2015-02), Mungo Thomson’s two murals for this subway platform evolved from a series of artworks in which he digitally inverts astronomical images from the Hubble Space Telescope’s online photographic archive. For this station, Thomson will recontextualize a stunning image of the Hubble’s 2015 composite photograph of the Andromeda (M31) galaxy on porcelain enamel steel panels. Consisting of 7,398 exposures, the panoramic Hubble image is the largest ever assembled. Thomson’s inverted portrayal of the tiled photographs—with saw-tooth edges reminiscent of traditional subway tile—is at once antithetical and befitting to its underground setting—a void in the earth as far from outer space as possible. Although it retains a sense of the cosmic, the speckled artwork conjures myriad associations, from dust, smoke and veined marble to physiological systems and oceanic microcosms. 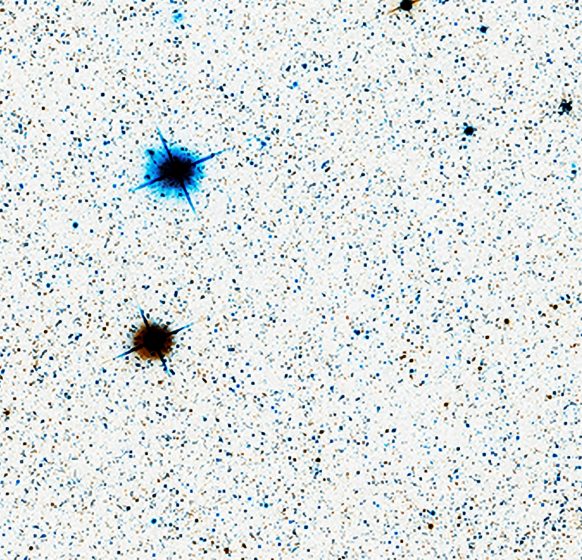 In conjunction with the station artwork, Thomson facilitated a public conversation between a tunneling engineer and a Hubble telescope expert via Zoom on 7/19/2022 about the unlikely but real crossovers between geology and cosmology.

“My work is broadly interested in backgrounds and in all the contextual information that we tune out and ignore but that nonetheless shapes perception.” 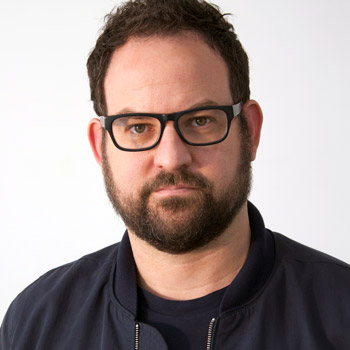 MUNGO THOMSON (b. 1969, Woodland, California) is a conceptual artist who works in a range of media, from sculpture and photography to video and sound installations. He approaches mass culture and everyday life through a lens of deep time and cosmic scale, embedding vastness in common materials and experiences. Thomson earned a Bachelor of Arts from the University of California, Santa Cruz, and Master of Fine Arts from the University of California, Los Angeles. He participated in the Independent Study Program at the Whitney Museum of American Art and is the recipient of a number of awards. His work has been exhibited internationally and is in the permanent collections of the Hammer Museum; Hirshhorn Museum and Sculpture Garden; Los Angeles County Museum of Art; Museo Jumex, Museum of Contemporary Art, Los Angeles; Museum of Fine Arts, Houston; Walker Art Center; and Whitney Museum of American Art, among others.