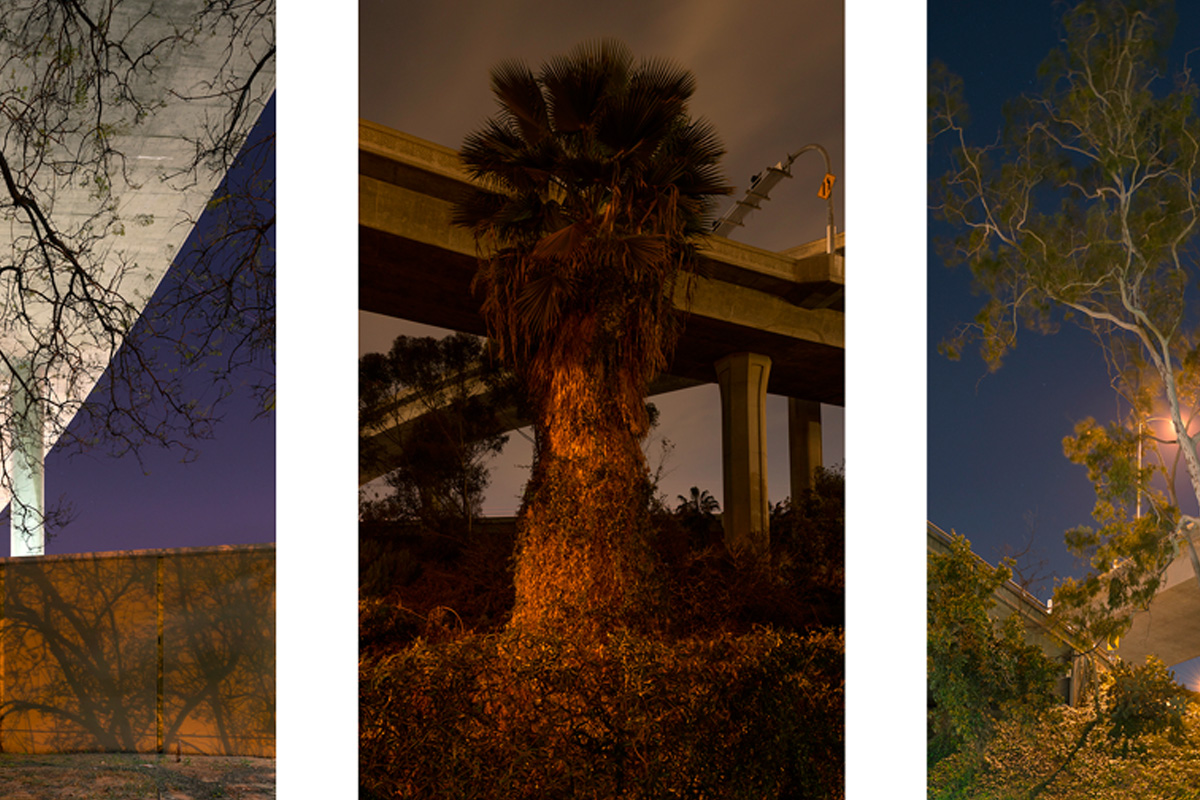 John Humble’s compelling series of 12 color photographs, titled Natura Urbanus (2015), expands upon a long-term photographic project exploring the paradoxes and ironies of the Los Angeles landscape. Each set of three artworks considers nature in relation to one of four themes: the Los Angeles River, power lines, artificial nature and freeways. Among the photographs are pictorial representations of the Los Angeles River, which has been exploited, encased in concrete, and has recently begun to be reclaimed to its natural state. Additionally, the artist points his lens toward the many miles of potted plants that exist in Los Angeles nurseries on leased land beneath the city’s vital power lines, where it is illegal to build permanent buildings. Manmade elements that imitate nature to make technology inconspicuous—such as manufactured trees used to camouflage cell phone towers—and the many natural elements that coexist with and in spite of the city’s freeways are also featured in this group of artworks. 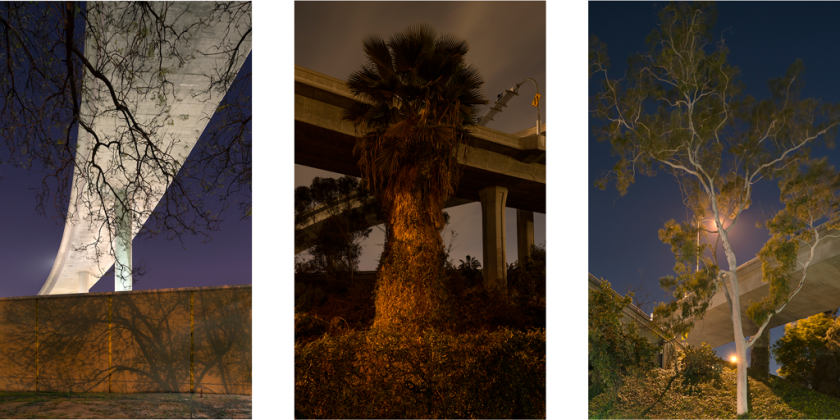 “[The photographs] consider and examine our attempts to strike a (sometimes uneasy) balance between the natural and built environments.” 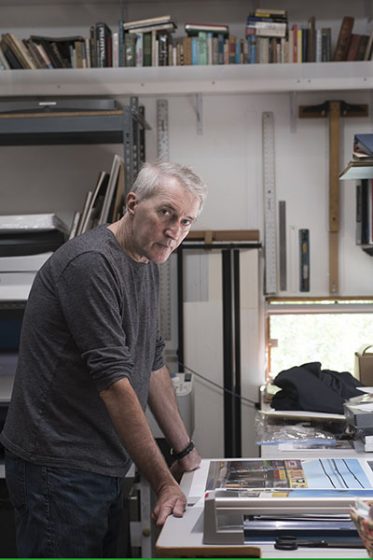