With particular emphasis on the migrations of Black Americans, Clarence Williams’s deeply personal artwork, Migrations, for the platform of the Historic Broadway Station pays tribute to the area’s legacy as a place where scores of migrants first made their way to Los Angeles. The series of porcelain enamel steel art panels features the artist’s black-and-white photographs documenting Louisianans displaced by Hurricane Katrina in 2005—many of whom relocated to Los Angeles—and intimate photographs of diverse Los Angeles immigrants, paired with haikus by poet and long-time collaborator Ursula Rucker. The artwork recounts migrant journeys, from the immediate and devastating aftermath of the storm to the broader immigrant community’s adaptation to life in Los Angeles. The specific moments portrayed in these striking images and corresponding texts express a universal theme: the pursuit of a better life, the pursuit of home.

In conjunction with the artwork, Williams presented his artwork design and Rucker led a poetry workshop with high school teens from nearby Rámon C. Cortines School of Visual and Performing Arts (also known as Grand Avenue Arts High School). Students expressed their sense of home and identity through music, creative writing and rhythm. 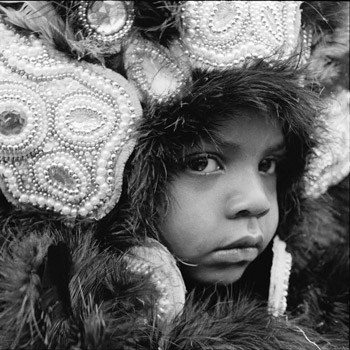 “The artwork will speak to downtown LA’s role as an entry point for so many types of people, the quintessential place for new beginnings.”

CLARENCE WILLIAMS (b. 1967, Philadelphia) is an artist, educator and veteran photojournalist. He earned a bachelor’s degree from Temple University and was a distinguished visiting lecturer at the University of Southern Mississippi for nine years. He served as director of communications for New Orleans City Councilman-at-Large Jason Williams and is a founding member of the IRIS Photo Collective. As a staff photographer for the Los Angeles Times, he won the 1998 Pulitzer Prize for his photographs documenting the lives of children with parents addicted to drugs and alcohol. After surviving Hurricane Katrina while visiting relatives in 2005, he commenced a long-term project supported by the Open Society Institute chronicling the aftermath of the storm.