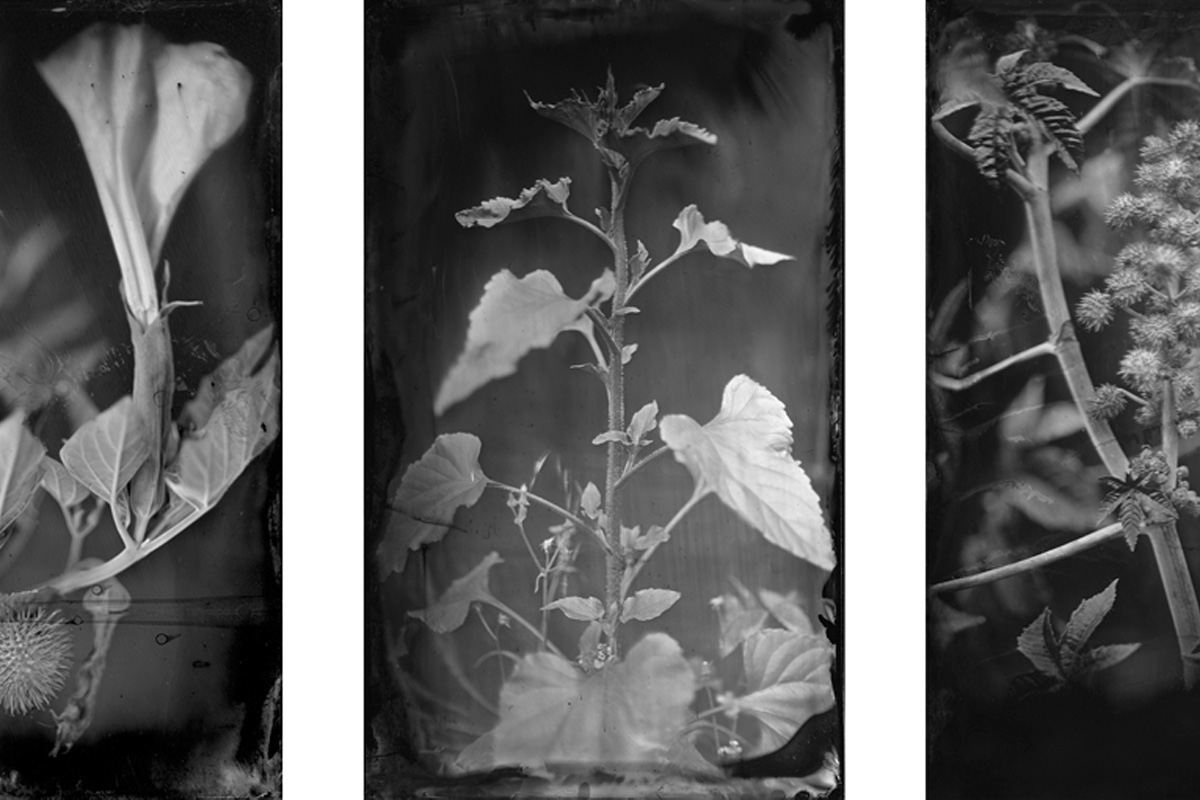 This selection of photographs, titled In the Ether (2015), by Joyce Campbell documents the flora from two local sites: Crown Coach Yard, a 40-acre industrial brownfield in downtown Los Angeles, and the canyons around the artist’s home in Glassell Park. The artworks expand upon Campbell’s ongoing series LA Botanical, which presents a photographic archive of the functional plants that inhabit Los Angeles. The images are produced onsite using a century-old field camera and an early photographic process called wet plate, which was invented in 1850, the same year that the city of Los Angeles was incorporated. The plant life depicted in Campbell’s black-and-white portraits are primarily wildings and weeds that persist on the edges of urbanity and were originally cultivated by the area’s earliest settlers and indigenous peoples. Emphasizing the substantial changes that have occurred within the landscape and ecology of Los Angeles since the city’s founding, the collection of images intends to highlight the many, largely forgotten, uses for these botanic specimens, ranging from food, medicine and weaponry as well as ceremonial and spiritual purposes. 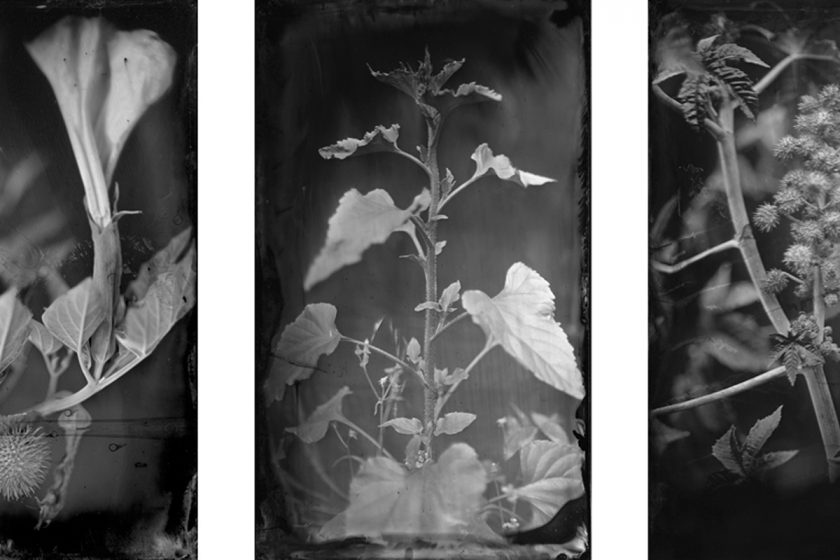 Joyce Campbell, In the Ether

“My intention is to sensitize my audience to what is around them that is verdant, unruly, persistent and strong, but which is also staggering under the weight of humanity’s collective abuse.”