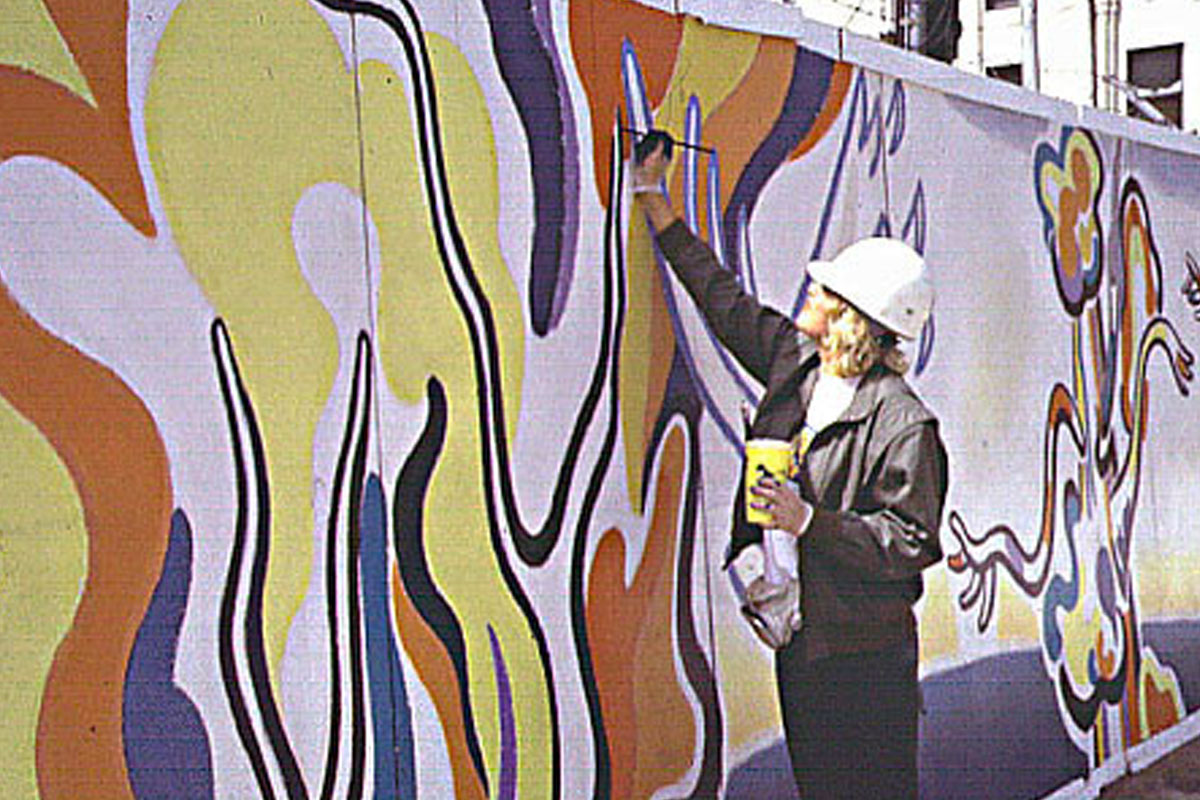 Artist Katherine Arion, who immigrated to the U.S. from Bucharest, Romania via Paris, is passionately committed to bringing people of diverse backgrounds together through her art. She creates vivid, fluid paintings of abstracted natural forms, using multiple layers of cascading pure colors. In this first large-scale public commission entitled Hora at Hollywood/Western Station’s western construction site, she toiled in the sun and rain to make a refreshing spot for exhausted construction workers, neighbors, pedestrians and drivers passing by. Arion believes that the Metro system brings people together and that the extension of the Metro B Line (Red) through Hollywood further encourages people, many of them immigrants like herself, to experience and learn more about each other.

“The trees extend their branches toward each other like people in the Romanian folk dance, Hora, who dance with arms wrapped around shoulders symbolizing unity and togetherness between human beings. This is my message of peace to celebrate the new millennium and a better world for all.”

KATHERINE ARION  (b. Bucharest, Romania) graduated from the Nicolae Tonitza School of Fine Arts and the Nicolae Grigorescu College of Fine Art in Bucharest. After a prestigious career in Paris, she moved to Los Angeles where she found continued success as a painter, muralist, printmaker and illustrator. Her semi-figurative, colorful art has been included in exhibitions throughout Europe and Los Angeles County. Her work was represented by the Art Rental and Sales Gallery at the Los Angeles County Museum of Art for six years and is in the permanent collection of the Consulate General of Romania in Los Angeles. Arion has completed numerous public and private commissions in the region, including painted-glass windows for the Glendale Church of the Brethren and many large-scale murals.