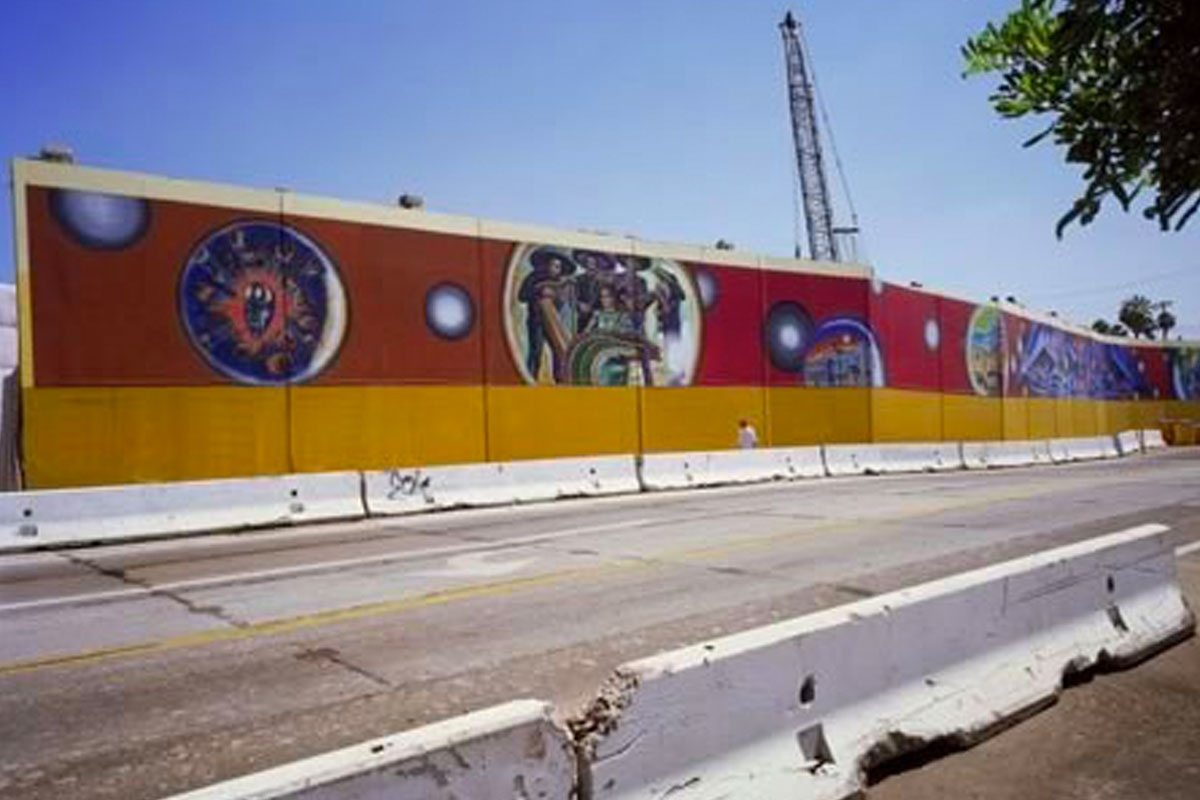 Commissioned by Metro, the mural mitigated the effects of construction activities on the community by cladding construction fences surrounding the Mariachi Plaza with stunning artwork.

Upon completion of the construction phase, a portion of the murals were installed at the Pueblo del Sol Community Center in East Los Angeles.

“These spheres are symbols that represent individual worlds, globes of culture and history. These worlds also represent the different people and ethnicities that make up this specific Boyle Heights community”

PAUL BOTELLO was born and raised in East Los Angeles. He earned a BA and an MFA from Cal State University, Los Angeles. He teaches art in the LAUSD school system and at Claremont College. In 1994 he traveled to Berlin, Germany where he collaborated on a giant mural titled “Global Chessboard.” Other recently completed murals include “Citizens of the World” at Esperanza School, and “In Unison” at the Maravilla Housing Facility. He also completed a large-scale mural on the Metro L Line (Gold) construction fence that was located at First Street and Soto. Portions of the mural can now be found at the Pueblo del Sol Community Center in East Los Angeles. Botello lives and works in East Los Angeles, and exhibits his work in Los Angeles and abroad.