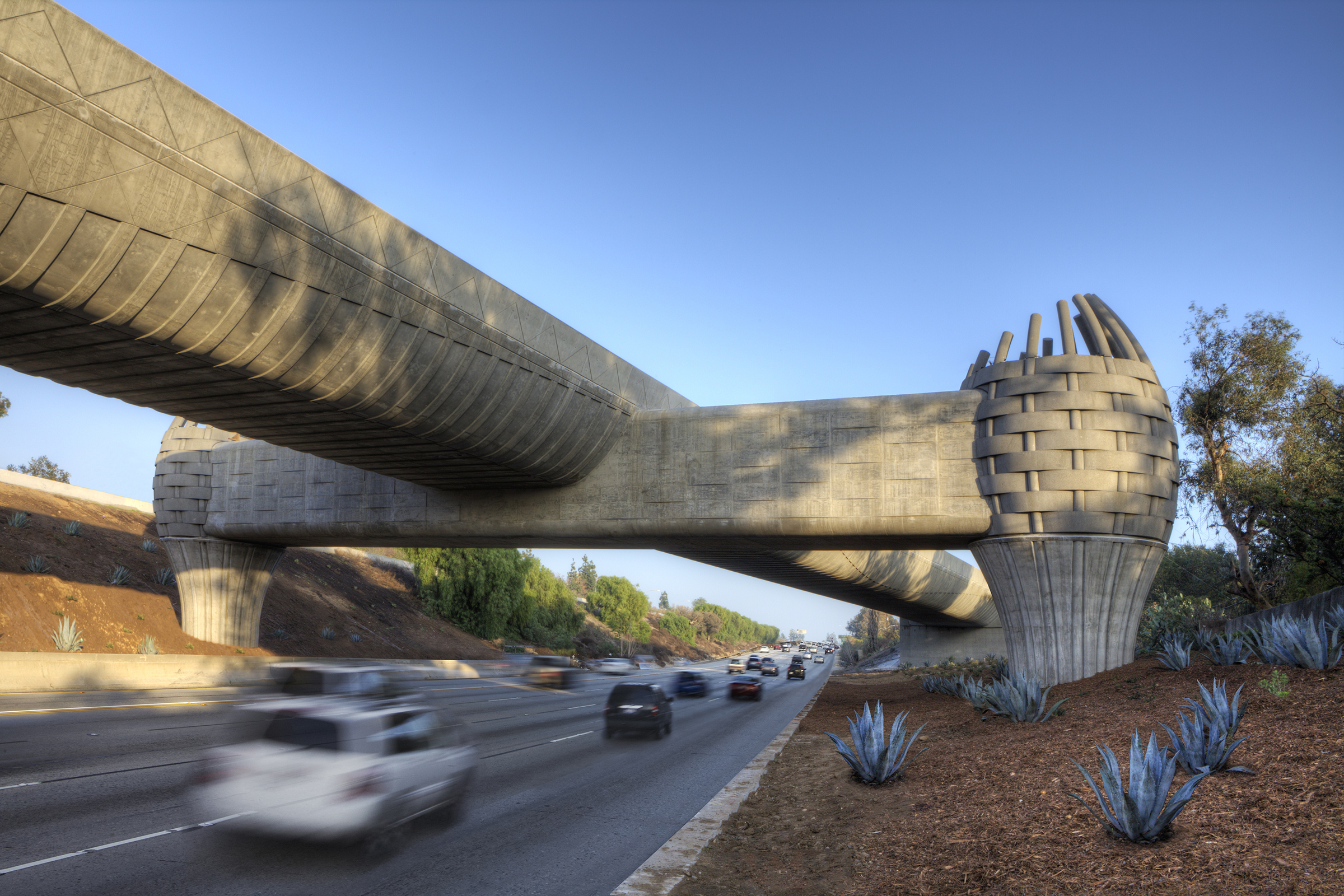 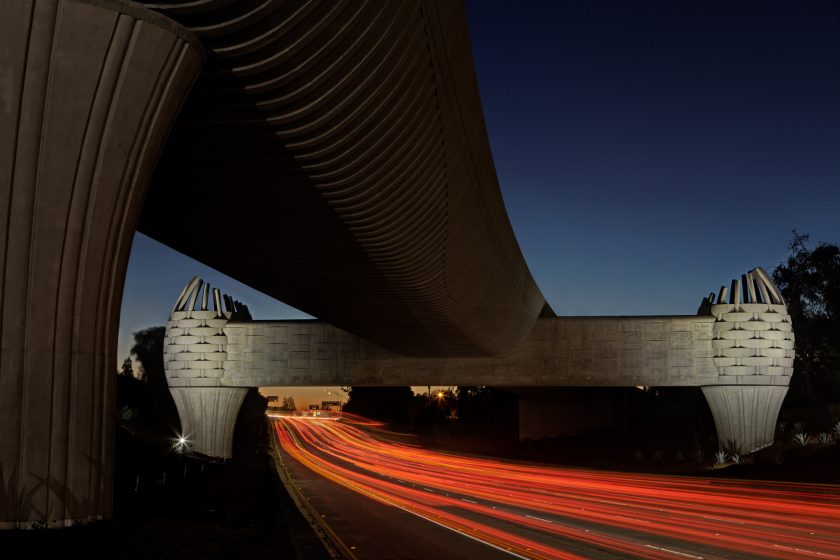 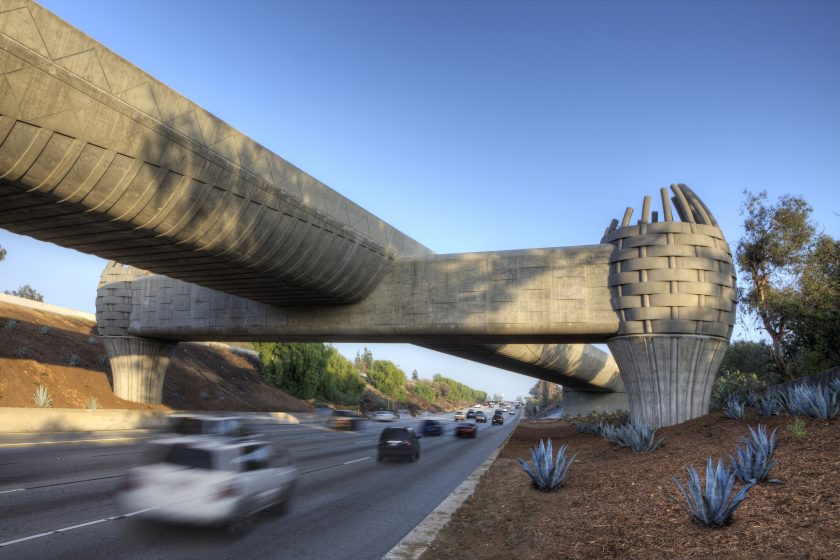 Gold Line Bridge serves as a symbolic gateway into the San Gabriel Valley, as well as a tribute to the area landscape and its earliest settlers. Completed in 2012, the 584-foot dual-track bridge spans the eastbound I-210 Freeway in the city of Arcadia. Artist Andrew Leicester’s design for the sculptural landmark was realized in collaboration with architect Rivka Night of AECOM. The concept was inspired by the local Indigenous peoples and the oversized iconic roadside attractions of nearby Route 66 (now Foothill Boulevard). The bridge’s main design features are two 25-foot tall baskets flanking the sides of the main superstructure and the superstructure’s curved serpentine-like underbelly. The baskets represent some of the area’s most notable and recognizable Native American artifacts, and the grooves and hatch marks on the underbelly simulate patterns found on the western diamondback rattlesnake.

“I drew my inspiration from two sources: the region’s cultural history and its architecture. The large baskets that adorn the bridge metaphorically represent the Native Americans of the region and the growth of agriculture as a primary catalyst to the San Gabriel Valley. They also pay tribute to the iconic sculptural traditions of Route 66 with its oversized commercial architecture such as the windmill atop the Denny’s restaurant on Huntington Drive and the Maya restaurant on Foothill Boulevard north of the freeway.”

ANDREW LEICESTER (b. 1948, Birmingham, England) earned a bachelor’s degree from Portsmouth Polytechnic and master’s degree from Manchester Polytechnic before moving to the United States in 1970 and completing a Master of Fine Arts from the University of Minnesota. He is the recipient of numerous awards and fellowships from the Bush Foundation, McKnight Foundation and National Endowment for the Arts. For over three decades, Leicester has created public art projects that range in size and scope from small courtyards to municipal transit plazas, park entrances and water gardens in the United States, the United Kingdom and Australia. His work often addresses issues of sustainability—specifically wind and solar power, and reclamation.