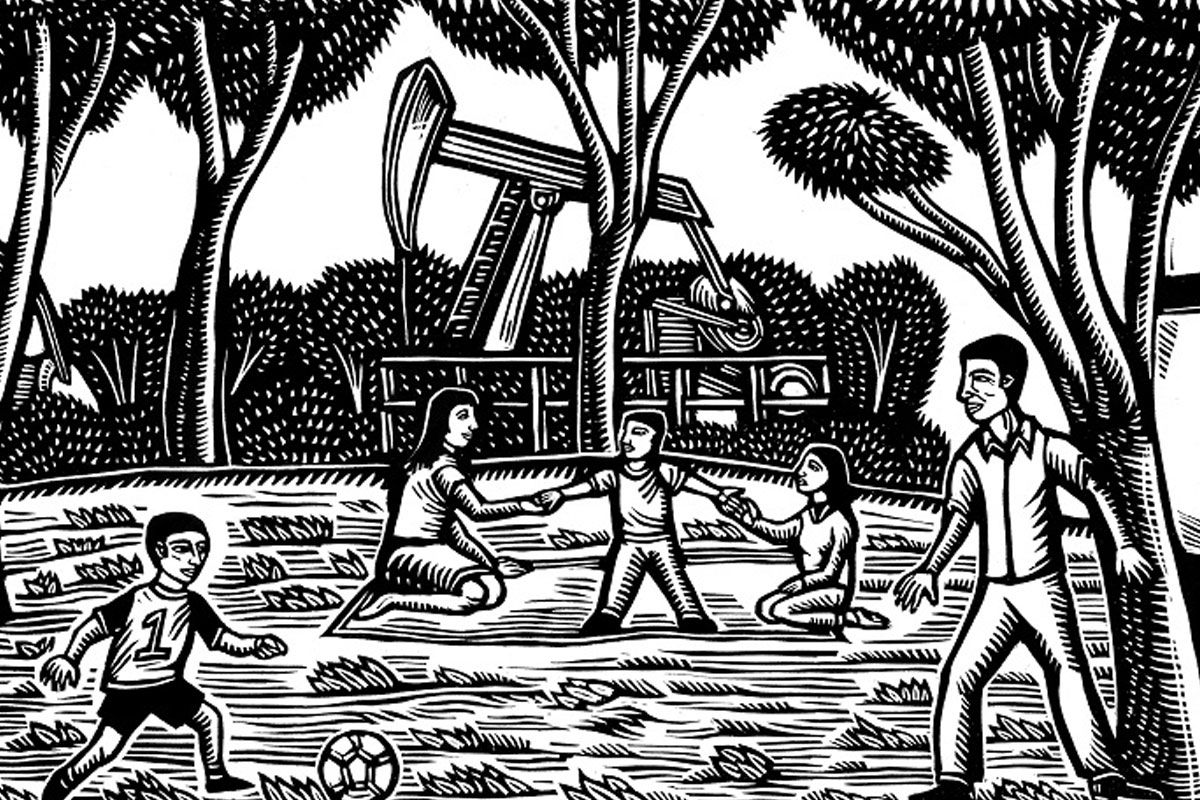 Gonzalez’s imagery illustrates the history of the Ballona Creek and the local area, with references to the Mission and Californio periods as well as the film industry. Art panels display black and white images of the landscape with the people native to the area, the Shoshoneans, who later became known as the Gabrielino Indians when the San Gabriel Mission was established. Another panel represents the Californio period, during which the land was divided into several rancherias, including Rancho Las Cienegas for which La Cienega Boulevard was named.

Other panels include a changing architecture: brick and wood homes replacing clay adobes, the film industry moving into Culver City with the creek as a backdrop for several movies, and the city’s landmark buildings and unique homes as they appear at present. The Ballona Creek flows through several art panels, constant and recognizable, visually linking the images across time. 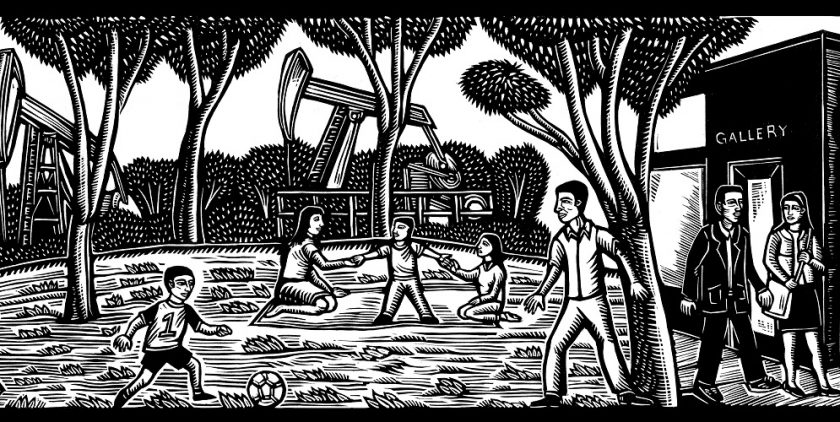 This is one of eight art panels created by artist Daniel Gonzalez for La Cienega/Jefferson Station.

“I retell on the art panels the history of the peopling of this area, the transformation of space into place. This rediscovery of our past gives us perspective on our present moment.”

DANIEL GONZALEZ works for the City of Los Angeles History Department. His work has been exhibited at the De Young Museum, the University of Texas San Marcos, the San Francisco Center for the Book, and the Los Angeles Public Library. His work was included in the book Puro Muerto, published by La Mano Press in 2005.