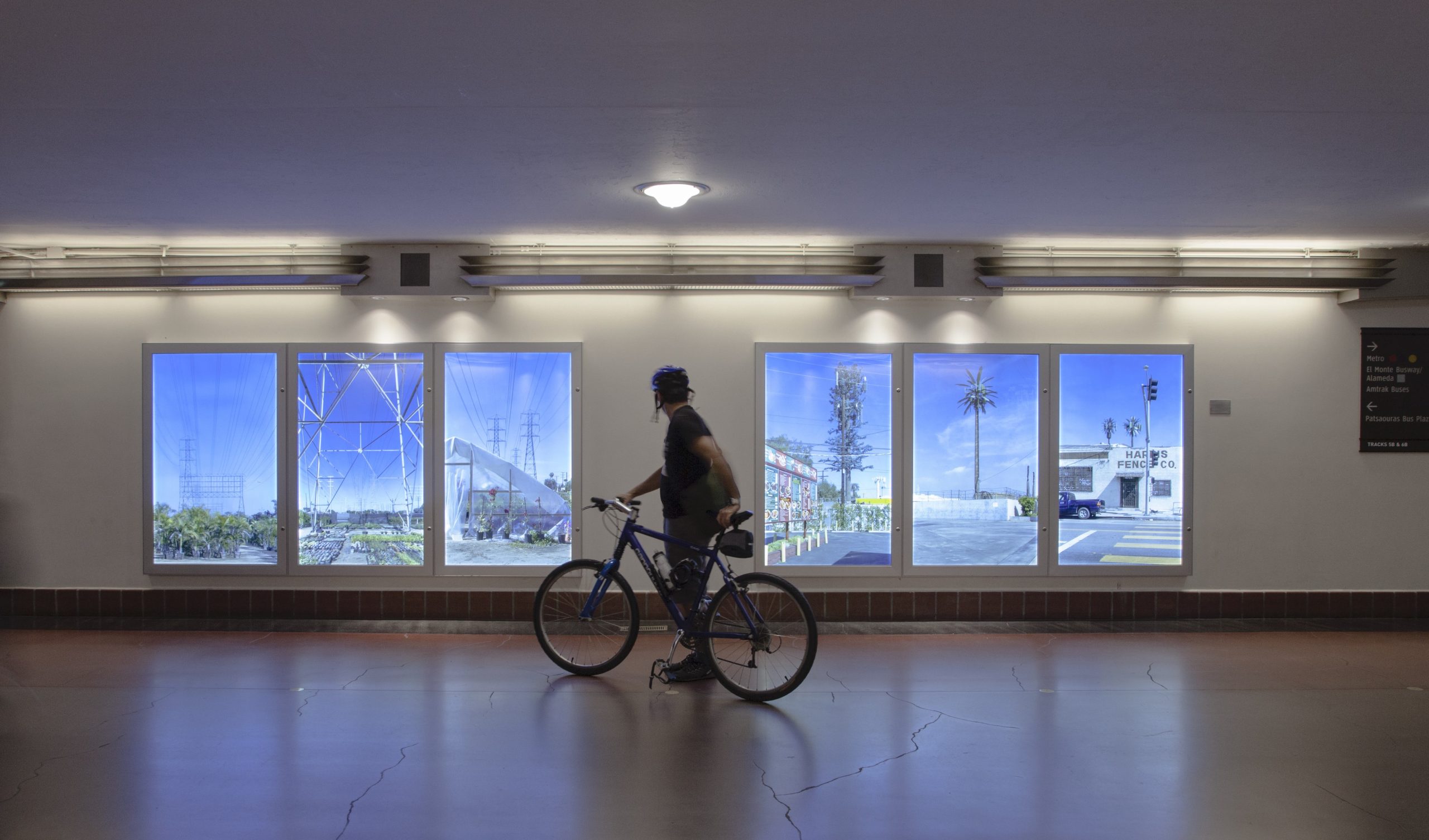 Photo based artworks by three artists invite visitors to Union Station to explore the histories, paradoxes, ironies and majesties of Los Angeles landscapes. The thirty-six illuminated color and black-and-white photographs on display in this passageway meander from ethereal botanical specimens at large scale to vistas of the wild urban edges, and the connective unnatural nature in between.