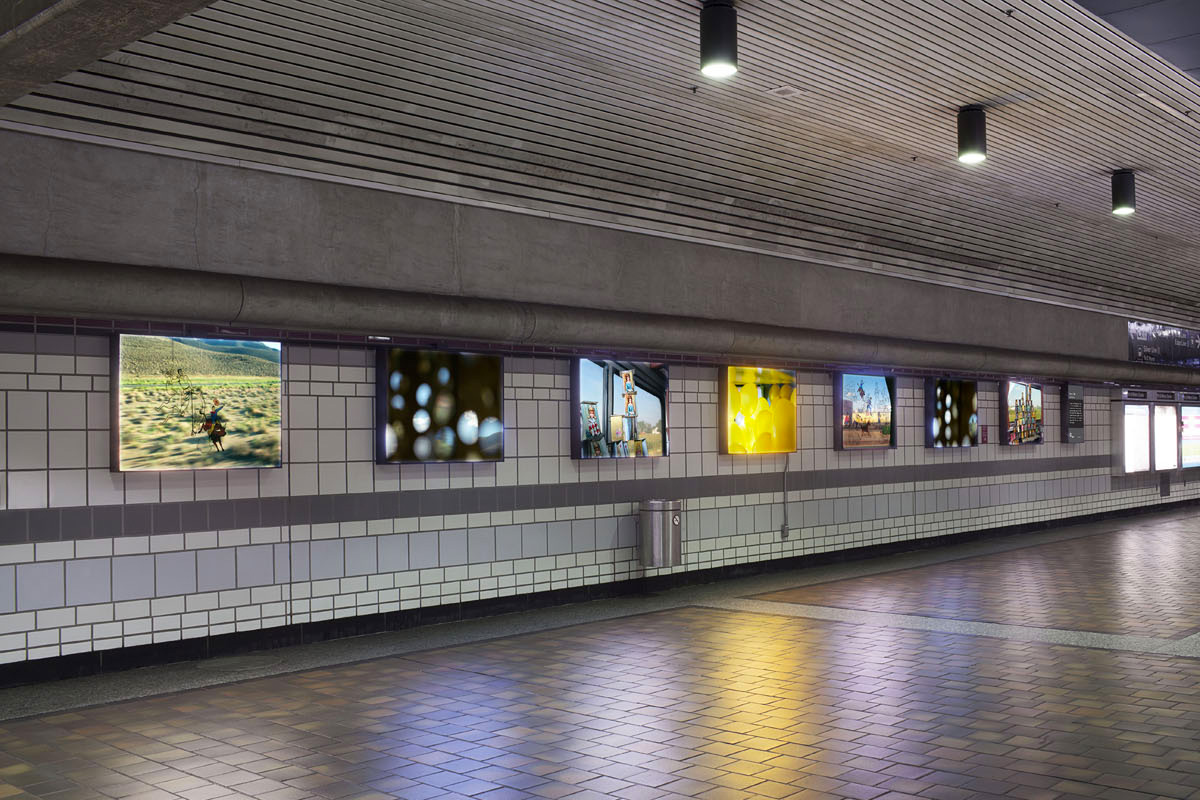 During a train ride from Oakland to New York, the artist utilized the time to create artistic installations that reinterpreted the interior space of a sleeper car, as well as the relationship between the train and the passing landscape. Photographs document the relative slowness of cross-country train travel and the artist’s unique experience of that journey.

“My work is rooted in an interest in how people are shaped by their environment, and the ways in which history, geography, social relations and mythology define place. Photography and train travel were developed at roughly the same time in the 19th Century, and both were new technologies that had the ability to transport people to another place.”

DIANE MEYER received a Masters of Fine Arts from the University of California, San Diego and has exhibited her work nationally and internationally. She has completed several public art projects in Los Angeles and New York. Her work has also been published in Orion Magazine and ArtNau as well as in Diane Meyers Embroiders Reality in Search of Truth, published by Phaidon.