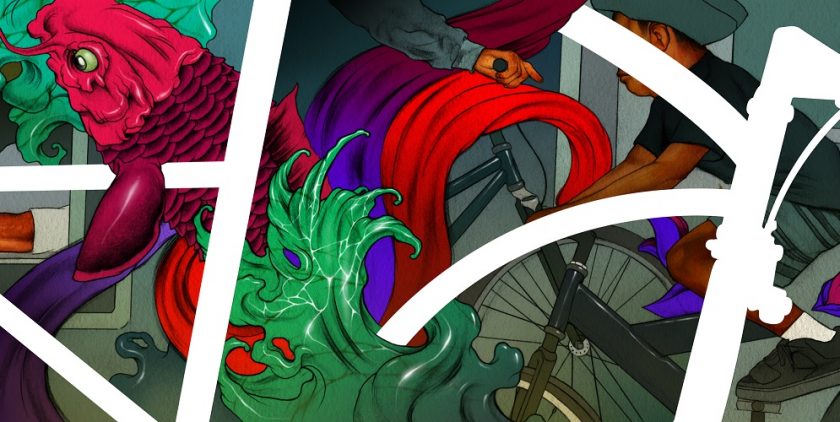 Rodriguez weaves a visual narrative that includes fragments of building facades, vintage rail cars, human figures, and fictional characters. Each art panel is visually divided by the silhouette of bike frames, resembling the layout of a comic book. The artist draws on imagery associated with bicycles to emphasize the human powered modes of transport along the line. Each panel is an invitation to engage the mind in a playful fantasy along the route between starting point and destination.

“One thing many of us do when using public transportation is travel. Both physically and in our mind’s eye. When we look at something, we may be seeing a face, a light pole, perhaps somebody’s shoe, but simultaneously what happens is a mental picture. To capture the nature of public transportation is to crop different and small moments that form together to tell a story.”