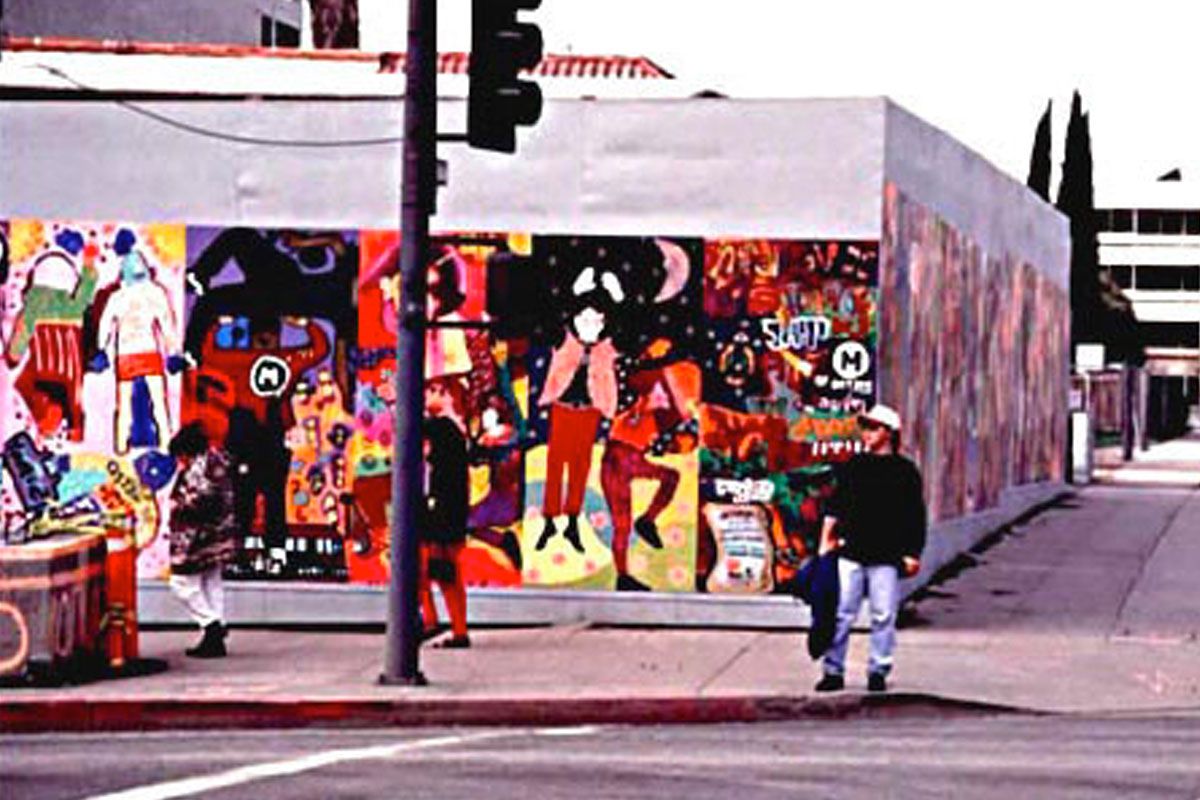 Artist Gayle Gale collaborated with children from nearby elementary schools and neighborhood residents to create We’ve Been Working on the Metro. The lively mural was displayed on the temporary fence surrounding the Vermont Avenue and Sunset Boulevard site during construction of the Metro B Line (Red) between 1994 and 1996. With assistance from artists Richard Godfrey, Robbie Conal and Lita Albuquerque, Gale held 10 workshops at the Barnsdall Park Junior Art Center during which children painted self-contours in bright colors as if they were “working and riding on the Metro.” 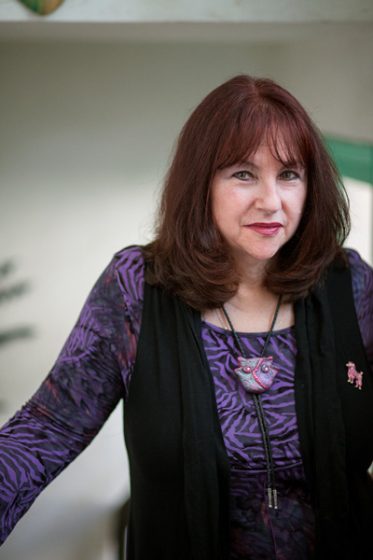 GAYLE GALE (b. 1953, Tucson, Arizona) earned a Bachelor of Fine Arts from the University of Arizona and Master of Fine Arts from Otis Art Institute. She is an artist and educator with an interest in creating more unified local communities through the creative process. Her artwork has been featured in exhibitions throughout Southern California, and she has taught at several institutions in Los Angeles. Gale founded the award-winning Kids For Peace in 1995 where she leads art workshops for youth and families. She has directed numerous outreach art projects and site-specific public artworks locally and around the world.