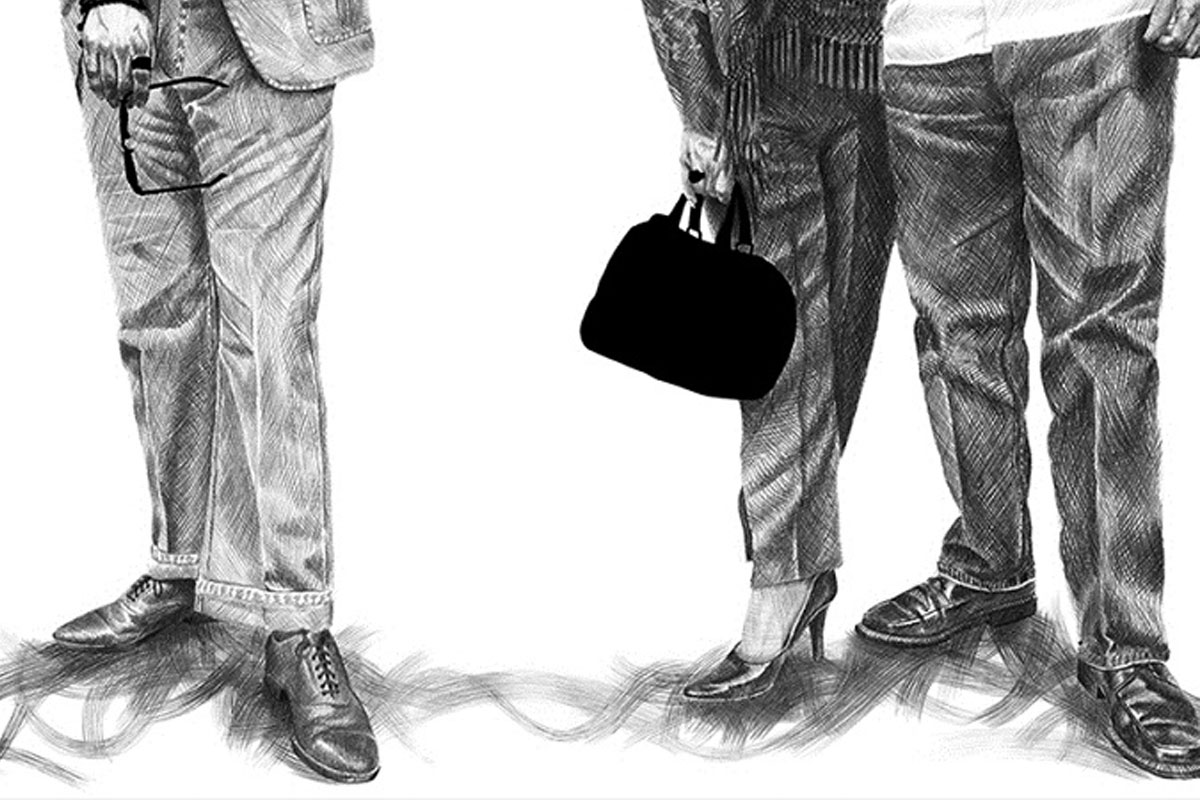 Artworks on gateway arches depict the legs of travelers headed to their destinations: a business professional with her rolling briefcase, a parent with a stroller and a hummingbird in flight. Art panels above seating areas present commuters calmly waiting. Looking at the illustrations, the viewer may notice the standing figures combine styles of dress from the past as well as the present, collapsing time and place into a series of narrative stances. Individuals reference the history of the local area: a gardener holds a young boy’s hand as the boy reaches for a dropped origami paper crane, signifying nearby Little Osaka and the many nurseries that once flourished in the area. A wounded soldier in an older style uniform stands on crutches, drawing on the memory of the Sawtelle Veteran’s Home. Each figure is purposefully placed to create a story of place illustrated through the act of commuting. 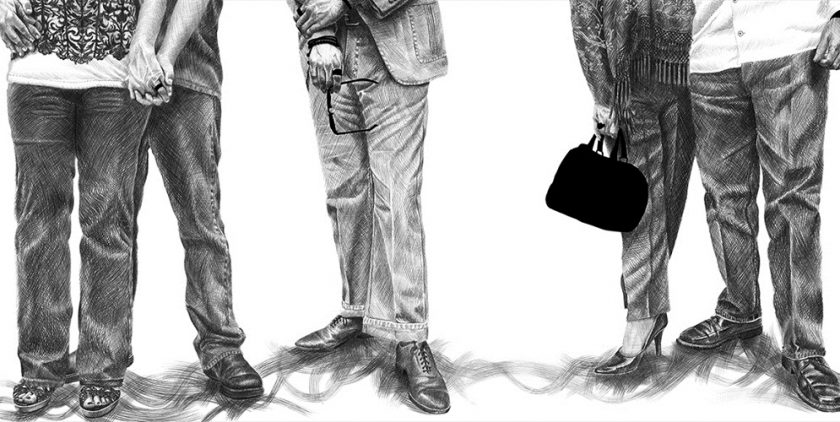 This is one of twelve art panels created by artist Abel Alejandre for Westwood/Rancho Park Station.

“Scenes of this diverse neighborhood serve as cinematic vistas: panoramas of local commuters, waiting, engaging with one another. Only the shoes show the personality of each commuter. The body language tells their story and their relationship to one another.” 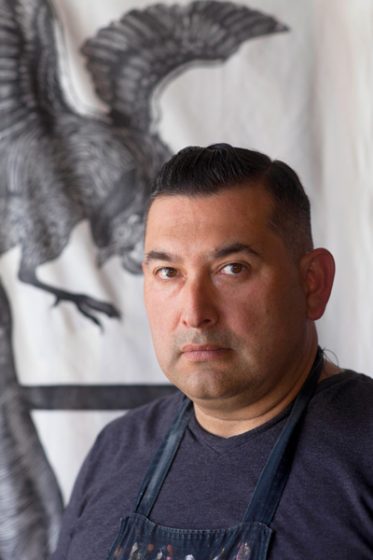