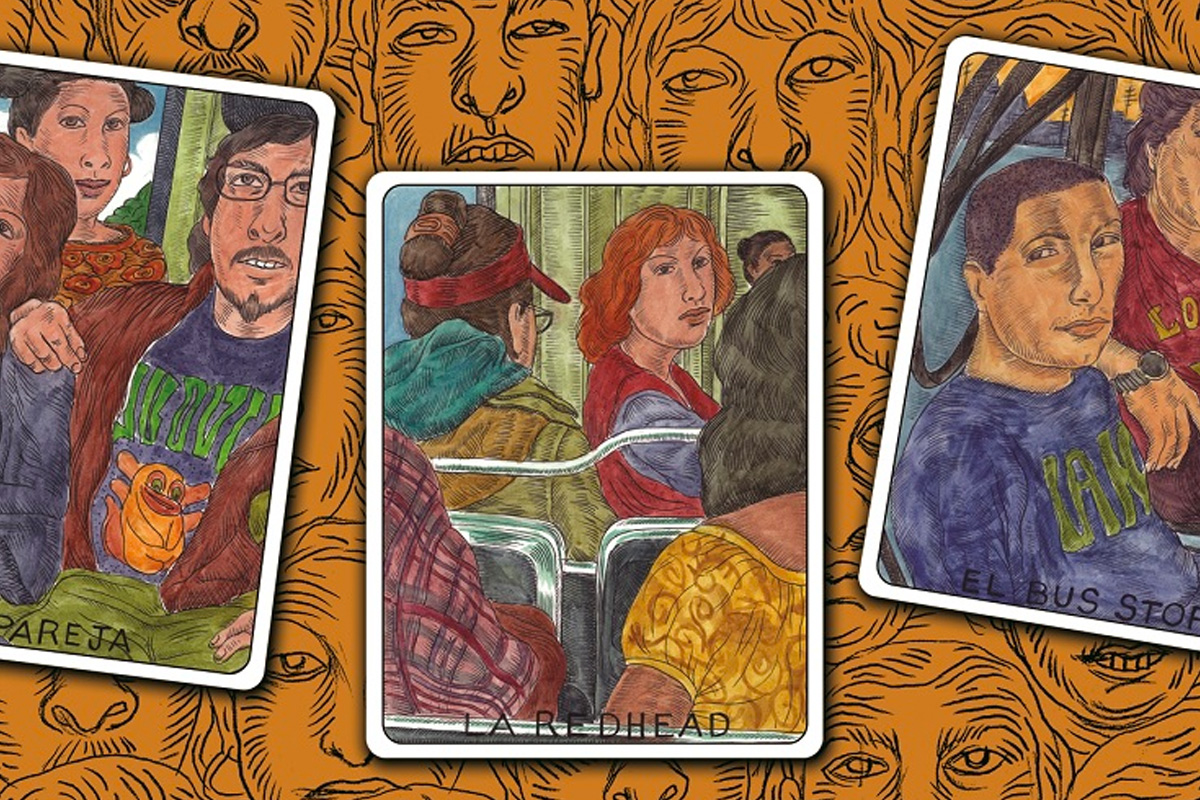 Lotería (translated as ‘lottery’ in English) is based on a Mexican game of chance, similar to Bingo, but using images on a deck of cards instead of numbers. LA Metro Lotería plays with the station name “La Brea,” retaining the Spanish language prefixes “La,” “El,” or “Los,” and substituting “Brea” with passenger interactions commonly encountered while riding Metro. The images present portrayals of everyday people traveling throughout the city.

“El Luggage” shows a smiling man surrounded by overstuffed luggage. “La Prisa” (the hurry) has a mother and child walking quickly across a plaza, the mother focused on reaching her destination, the child sidetracked by other things in the plaza. Lozano took over 200 photographs of Metro riders to arrive at the final 44 images included in the station art panels.

“LA Metro Lotería depicts scenes, people, objects and situations having to do with the Metro riding experience. The color and style of the cards are reminiscent of Mexican comic books from my youth and the Sunday comics. My intent is for riders to experience something visually interesting and poetic from what seems to be mundane and ordinary.”

JOSE LOZANO received his Master of Fine Arts from California State University, Fullerton. His drawings and paintings have been exhibited widely at venues that include the Museum of Contemporary Art San Diego, UCLA Armand Hammer Museum, Orange County Museum of Contemporary Art, Patricia Correia Gallery, Self Help Graphics, and Avenue 50 Studio. He has received many awards including a J. Paul Getty Mid-Career Grant in Painting and a California Arts Council Grant for Drawing and Painting.