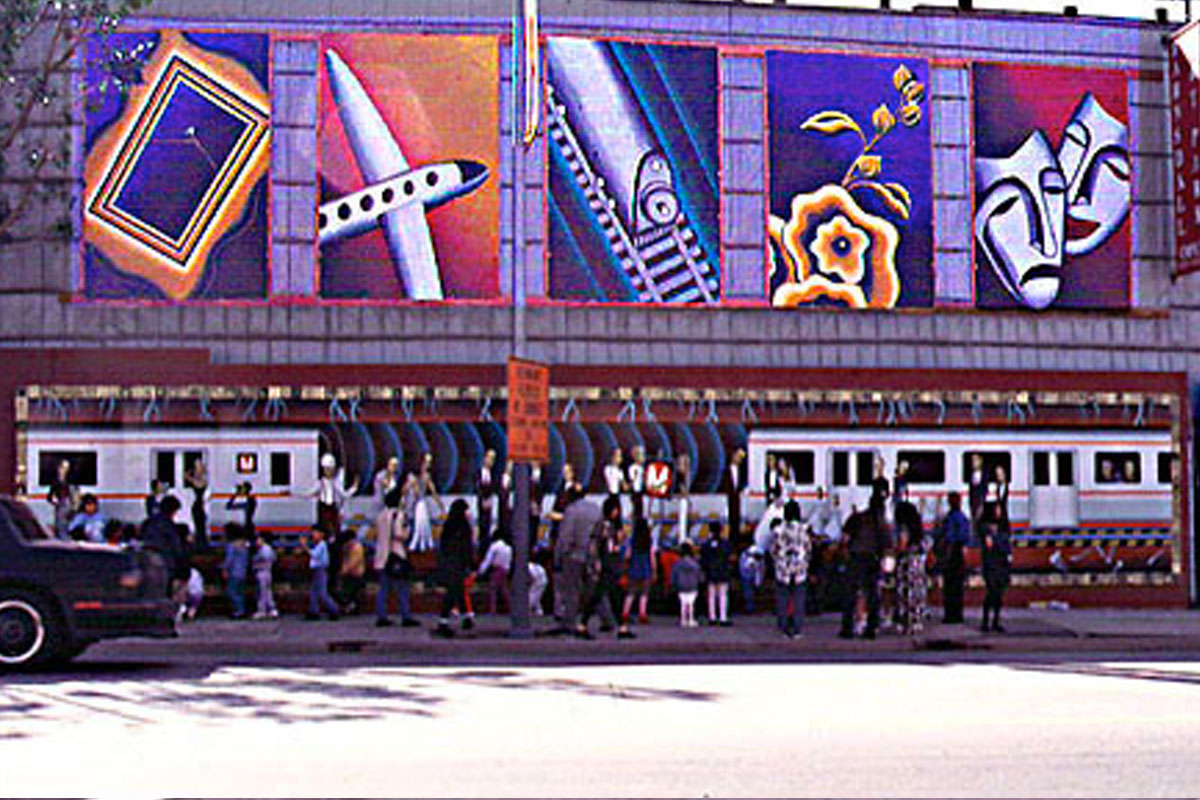 Stuart Vaughan designed Digging the Red Line [B Line (Red)] to enhance the entrance to Barnsdall Art Park during Metro Rail construction. Two 50-foot murals flanked the entrance to the park and depicted a cross-section view of the tunneling. Painted images included construction workers and their and equipment, dinosaur bones, and passengers (including a wedding party complete with bride and groom) waiting on a station platform. The murals were framed with 600 ceramic tiles, created by elementary school students from the community. The tiles, which depicted art and transit technology, were painted gold. Above the murals hung large colorful vinyl banners, created with the help of local high school students, represented various modes of transit and the Barnsdall Art Park programs. This project was part of Metro’s construction mitigation efforts in Hollywood. It was designed by the artist as a portable mural to be relocated to other future construction sites.

“I was fascinated by the process of digging a tunnel and found that many residents within the community surrounding Barnsdall Art Park were also very curious about it. My aim was to attempt to reveal the fascinating process that was taking place underground, hidden from public view. An interesting, but unexpected, outcome of the tunneling was the discovery of fossils of dinosaur bones, which are depicted in the mural. The image of the wedding is a metaphor for the union of Metro Rail and Barnsdall Art Park that is being created at this site.”

STUART VAUGHAN (b. 1958, Washington, DC) is an artist and arts educator. Passionate about community outreach for youth, he has taught art workshops at many art institutions throughout Los Angeles, was the education coordinator at Watts Towers Art Center and has been the director of Canoga Park Youth Arts Center for over 15 years.