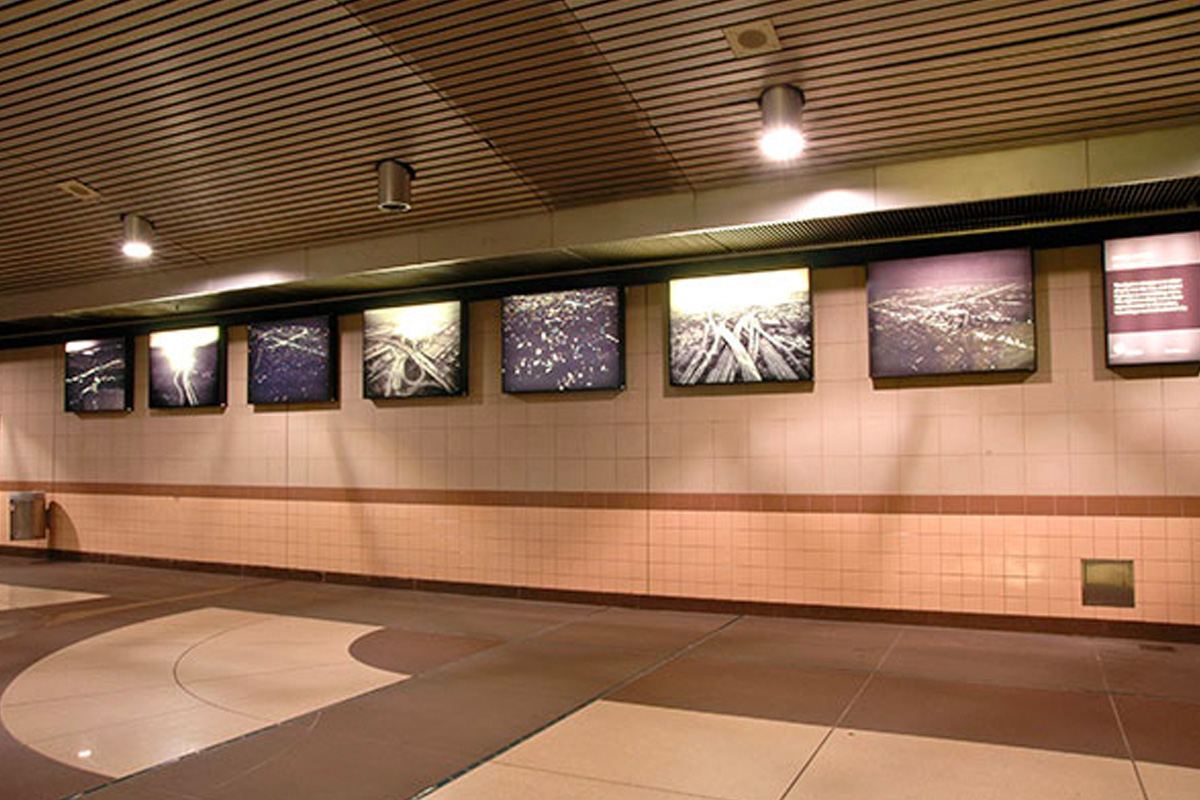 The daytime images were taken directly into the sun, and depict highways as meandering rivers. The nighttime shots move from representation to abstraction becoming a reversed celestial sky.

“I couldn’t resist the concept of placing work made about LA itself a couple of years ago in the entrances to its underground circulatory system. This series is comprised of three key daytime aerial images of Los Angeles and four night aerial shots alternating through the seven photo lightbox sequence.”

MICHAEL LIGHT is a San Francisco-based photographer and bookmaker focused on contemporary American culture’s relationship to the environment. He has exhibited extensively nationally and internationally, and his work has been collected by the San Francisco Museum of Modern Art, The Getty Research Library, The Los Angeles County Museum of Art, The New York Public Library, and the Victoria & Albert Museum in London. He is the recipient of the Simon Guggenheim Foundation Fellowship in Photography.