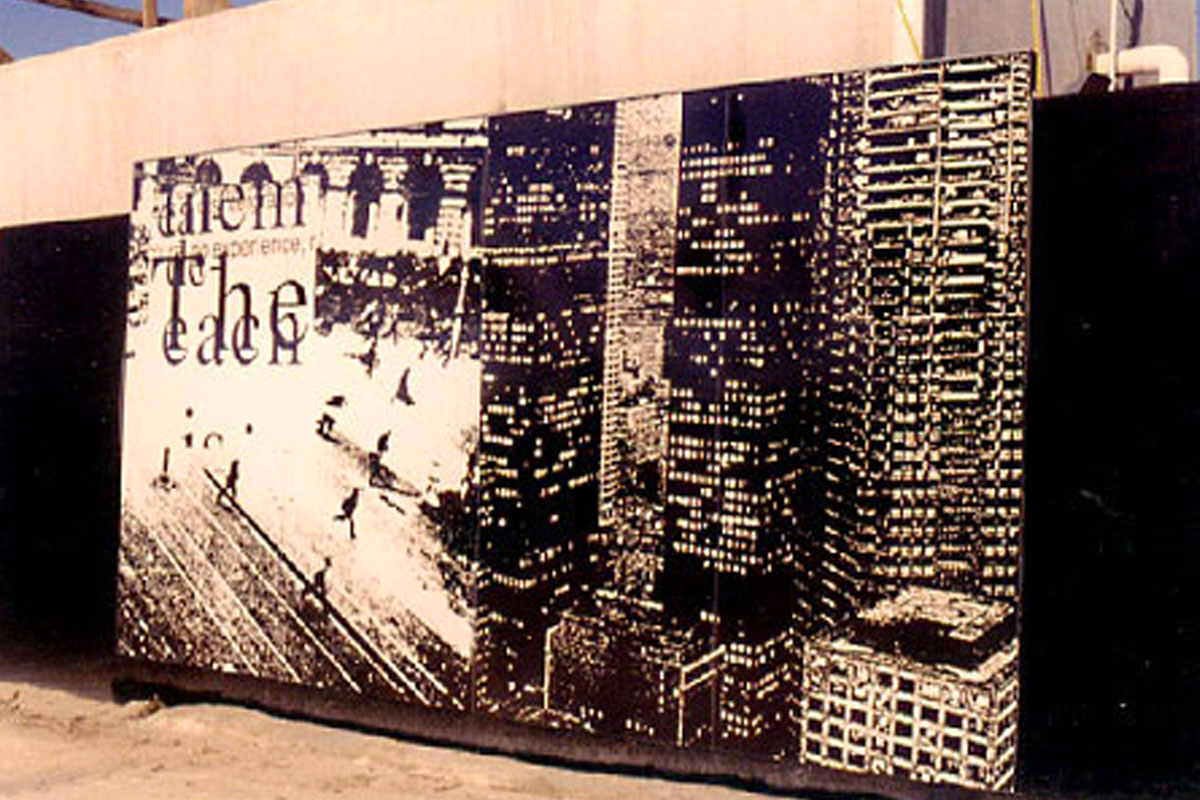 Artist Jody Zellen’s The City Never Sleeps focuses on the concept of the “city” and its image as presented by the media. The image of the city is seen as a series of fragments, of interchangeable elements made up from the experience of urban life. Utilizing photographs collected from newspapers, magazines and other visual sources, Jody Zellen produced photo-collages on plexiglass that are mounted on the construction fence at Hollywood Boulevard and El Centro Avenue. Zellen also seeks to engage people in a philosophical dialogue on the dissemination of information and the verity of the means of visual communication.

“I am interested in taking my urban images back to the street and addressing the nature of movement in a city. The city to me represents a place of chaos and change. In reaching a broader, non-art audience and placing my images back where they come from I will be able to engage in a different kind of dialogue with the city and its inhabitants.” Jody Zellen