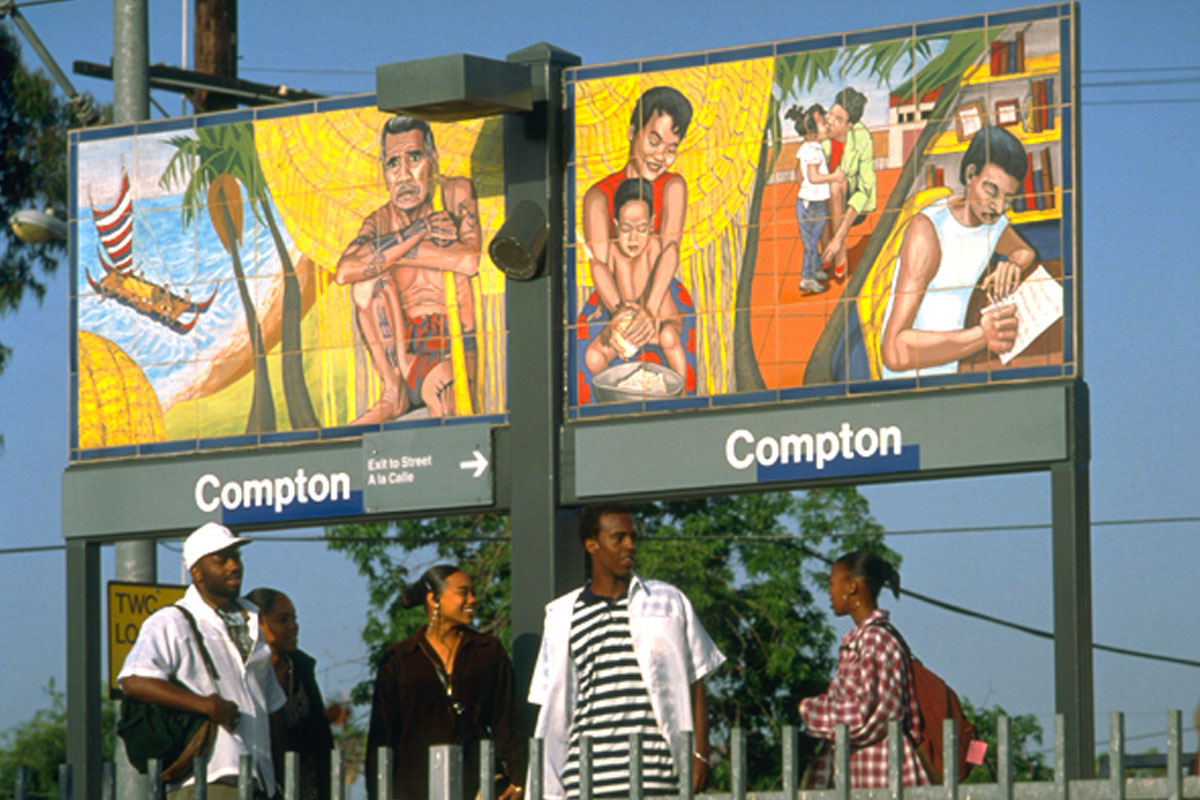 Eva Cockcroft’s ceramic tile murals examine the Compton area’s past, present, and future, with particular emphasis on the arrival of the various ethnic groups (African American, Latino and Samoan) that have contributed to the character of the city. Twelve panels mounted above the platform benches examine the historical and contemporary life of the city, while two triangular tiled columns emphasize family life and are captioned with thoughts of today’s Compton residents and their hopes for the future. A painted mural at the station entrance, designed by Compton high school students and titled Universal Musicians, represents the musical traditions of each of the three major ethnic groups in Compton.

“The history books are filled with the stories of kings, generals and geniuses. My work celebrates the ordinary people ignored by the books, without whose convictions and courage no progress is possible.”

EVA COCKCROFT studied Art History at Rutgers University, and English at Cornell University in Ithaca, New York. She was an artist, writer, and muralist who worked on community-oriented public art for two decades. Her murals grace the walls of cities like Los Angeles, Berlin, Long Beach, New York City, New Jersey, New York State, and Nicaragua. She published two books and numerous essays in Art in America, Artforum, and the New Art Examiner. She taught at UC Irvine; her work is in several public collections including the Eli Broad Family Foundation the Museum of Modern Art in New York and the Wilfredo Lam Institute in Havana, Cuba. Up until her death in 1999, she lived and worked in Venice, CA.