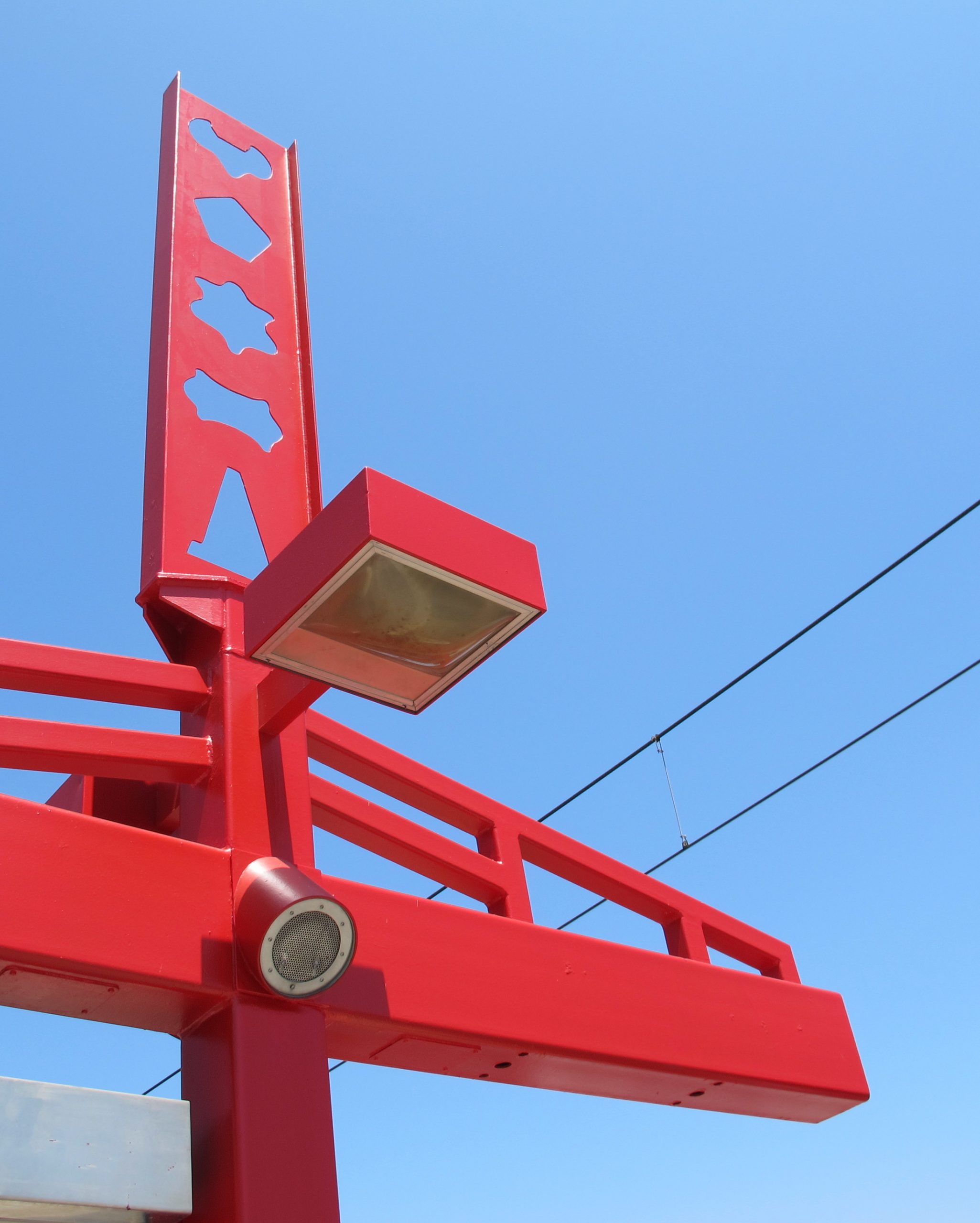 Blue Line Totems in Red is Salas’s tribute to the historic Red Cars of the Pacific Electric Railway. In the early 1900s, the Watts area, where the 103rd Street Station is located, was an isolated farming community on the stagecoach line to San Pedro. By 1926, when the City of Watts was annexed by Los Angeles, the Watts Station—still in existence on a site adjacent to the Metro A Line (Blue) station—was the hub of a trolley network that connected Watts with downtown Los Angeles, Redondo Beach, San Pedro, Long Beach and points beyond. The Watts Towers, one of the most important public art monuments in this area, provides the scenic backdrop for this station.

The key element of the project is a series of red “totems” mounted on the platform columns and perforated with designs taken from the 1,100 unique shapes used by conductors to punch tickets on the old Red Cars. In addition, a series of proverbs or dichos in English and Spanish are tiled into the station platform. The proverbs or dichos, selected with the assistance of members of the neighborhood senior community, are reflections on one’s concept of time, a theme suggested by the historical nature of the station.

“We are honored to have built Blue Line Totems in Red in the company of Simon Rodia’s Watts Towers.” 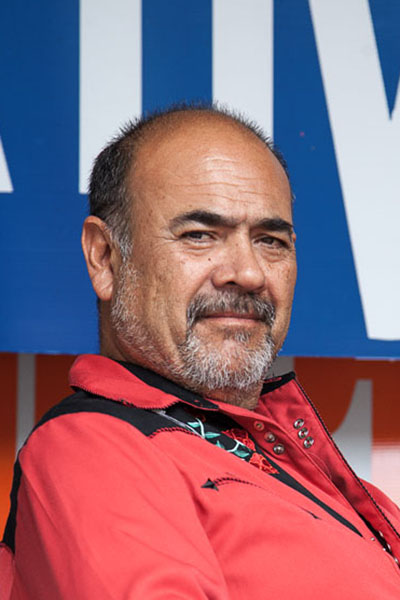