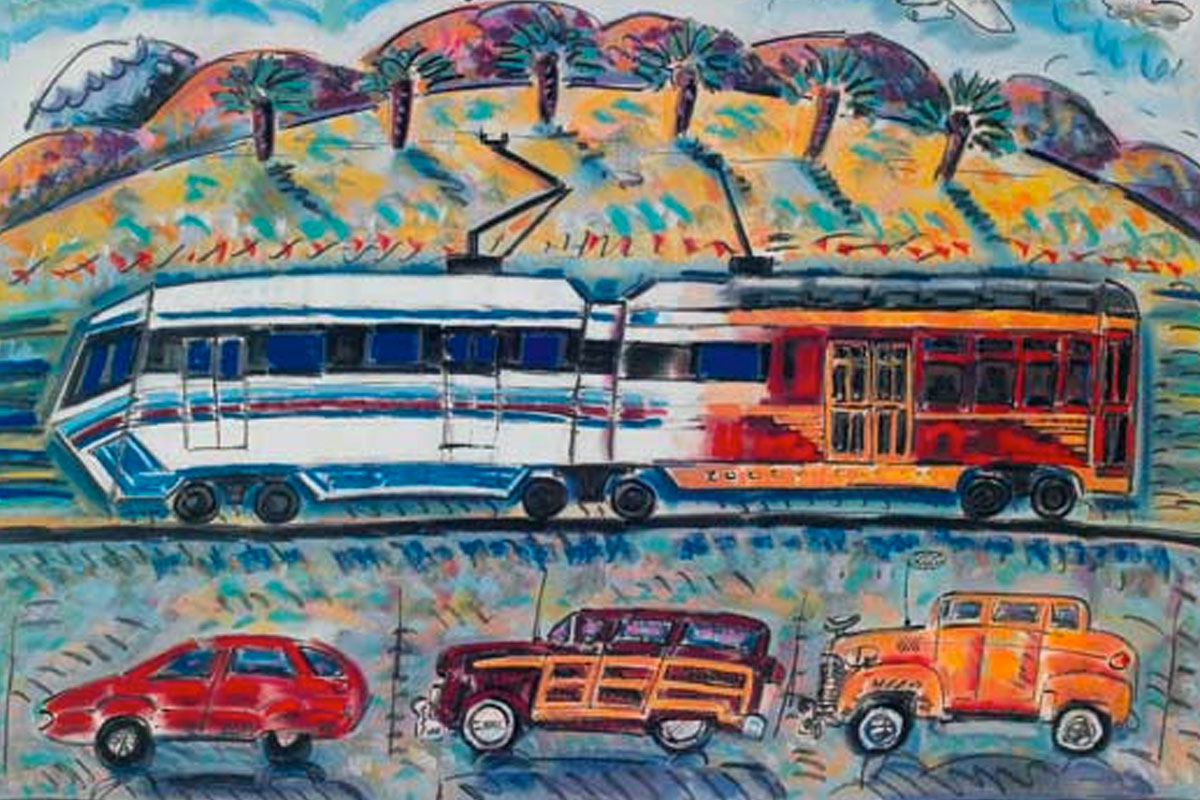 Artist Frank Romero was commissioned to create a commemorative poster in 1990 for the grand opening of the Metro Blue Line, now known as A Line (Blue). The poster features one of Los Angeles’ famous Red Cars in the process of being transformed into its modern  counterpart. The image vividly combines Romero’s two favorite themes – historic Los Angeles and transportation vehicles of all kinds – with the motto of the opening celebration, “On track to the future.” 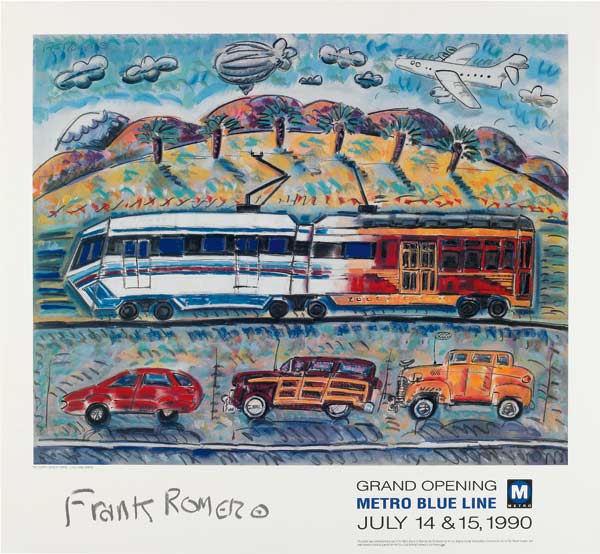 “With the Red Car, I used to travel from Boyle Heights to downtown Los Angeles in 10 minutes. Now with the freeway, it takes 20. I don’t know what went wrong.”

FRANK ROMERO was born in East Los Angeles and now lives in the Angelino Heights District of Echo Park, and has a studio in the Frogtown section of the Elysian Valley. He began his art career in the early 1970s as a participant in the art collective Los Four. Romero explores Chicano iconography—flaming hearts, low-riders, skeletons, the corn goddess—which he uses to tell the stories of the barrio and the resurgence of ancient myths in contemporary urban life. His public murals can be seen on the 101 Freeway and on the side of the Victor Clothing Company on Broadway in Downtown Los Angeles.