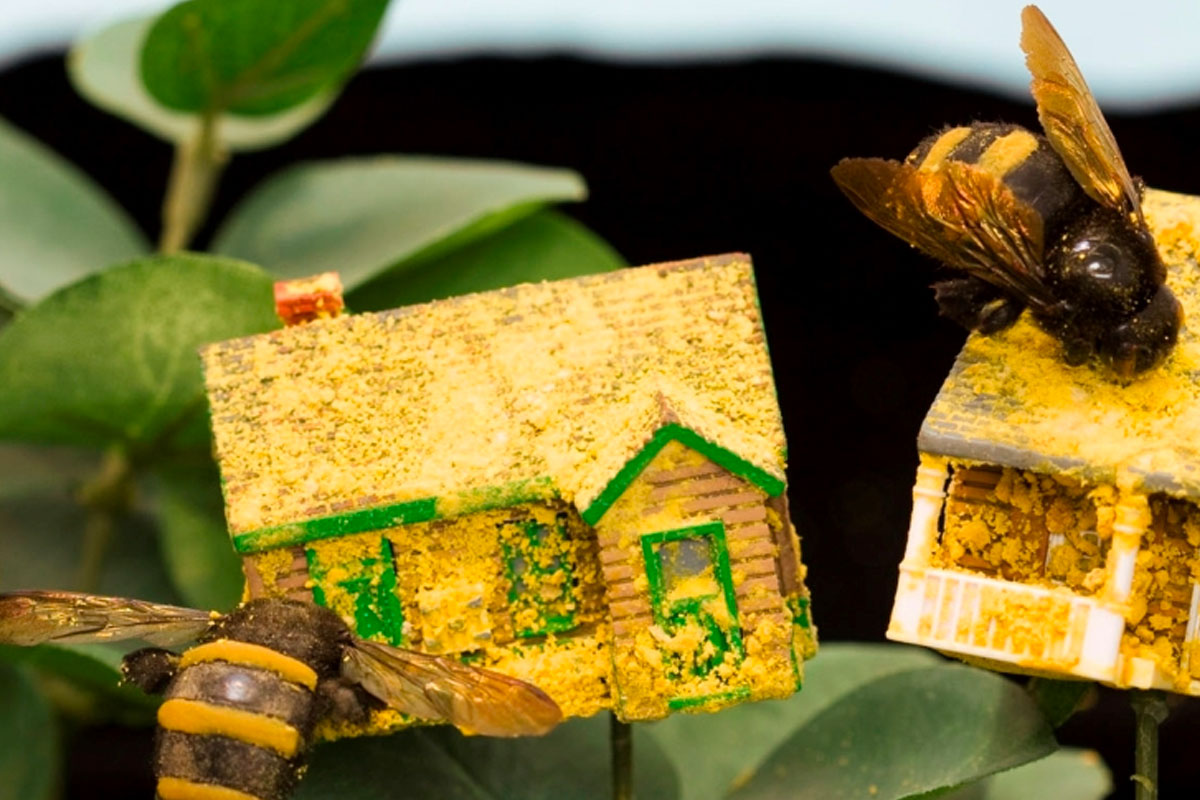 Jane Gillespie Pryor was inspired by poet and Quaker, John Greenleaf Whittier’s poem, Telling the Bees. The poet, after whom the City of Whittier is named, wrote about a tradition of announcing a death to the bees. The artist pays homage to the city’s namesake as well as the indigenous population who called the land Sejat, meaning “a place of the wild bees.”

“The houses depicted are reminiscent of the homes that fill Whittier’s streets and are set within Whittier’s hills. The house in the far right of the photograph reflects the Jonathan Bailey House, built in 1860, as a center gathering for the city’s social, economic, and religious activities.”

JANE GILLESPIE PRYOR is a visual artist working primarily in sculpture and photography. She has exhibited her work regionally and has been awarded the Maguire Teaching Fellowship and the Joe Sonneman Photography Prize. Gillespie Pryor received her BA from the University of Southern California and her MFA from Claremont Graduate University. She is originally from Wichita, Kansas.