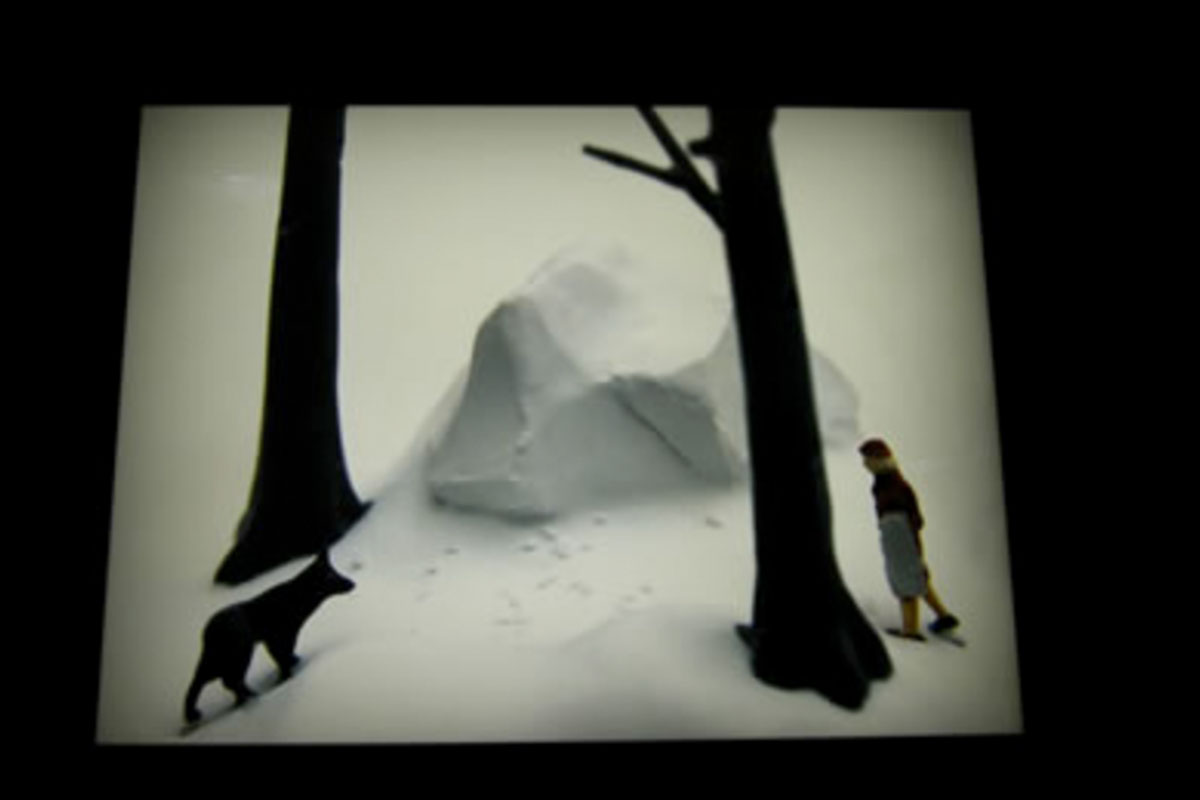 These photographs depict snow globes sculpted by the artists themselves. The winter wonderland vignettes traditionally associated with snow globes have been supplanted with weary commuters trundling with their baggage through blankets of bitter cold. Dressed in light attire, they appear ill-equipped for an unexpected exile into the harsh elements and an unknown destination. 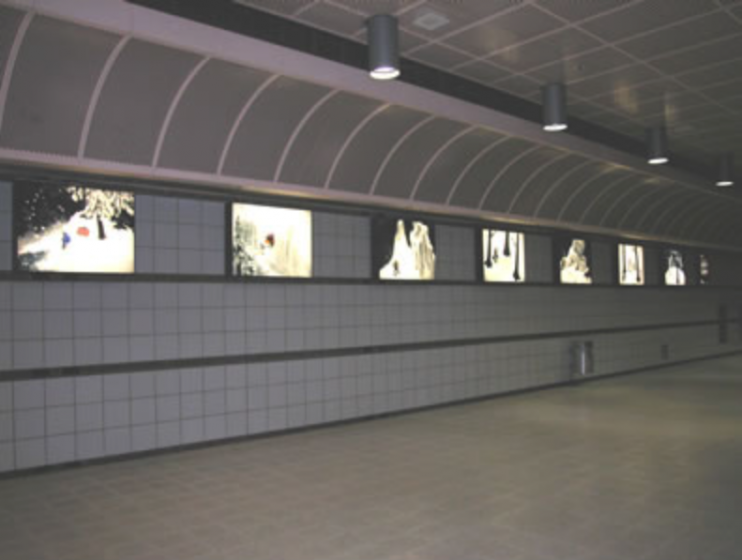 “In this series entitled “Travelers,” we created snow globes and photographed them with a medium format camera. The images subvert the cheerful tourist conventions of the snow globe with ruminations about travel as a form of mysterious exile.”

WALTER MARTIN (b. Norfolk, Virginia) and PALOMA MUÑOZ (b. Madrid, Spain)  have been collaborating since 1993.  Other public art commissions include A Gathering for the New York Metropolitan Transit Authority’s Canal Street Station. They have exhibited together in galleries and museums throughout the United States, Spain and South America, and their work is featured in the collections of the Walker Art Center, Minneapolis and the Centro de Arte Reina Sofía, Madrid.