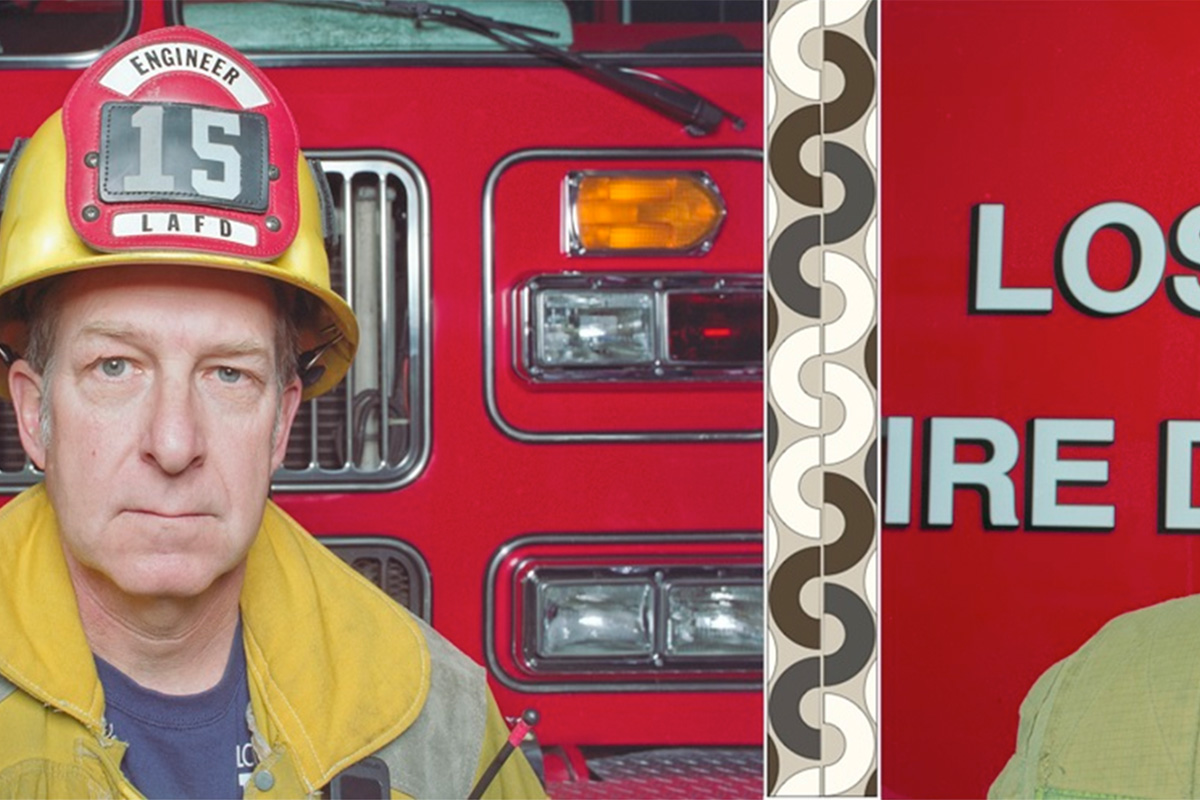 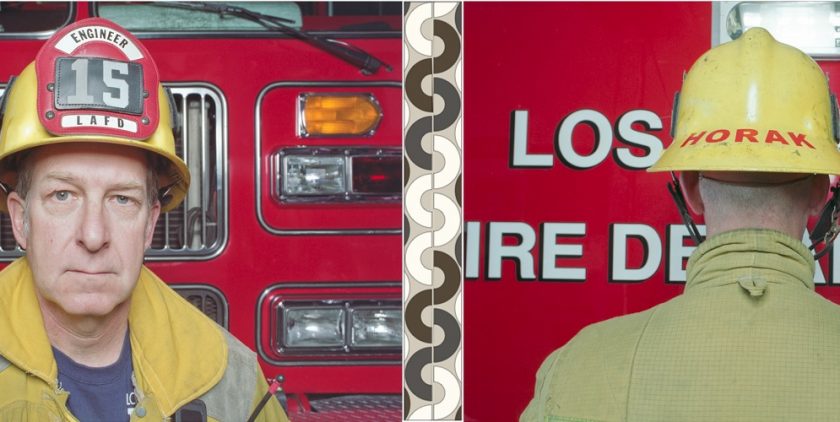 This is one of twelve art panels created by artist Christopher C. Dierdorff for LATCC/Ortho Institute Station.

A sea of faces welcomes visitors to the station, a broad cultural mix of individuals who define life in the neighborhood. Dierdorff populated the station with intimate portraits of fronts and backs of heads as a commentary on public transportation, where people from many walks of life are removed from their personal spaces and find themselves in close physical proximity with strangers.

The twelve individuals portrayed were photographed in locations that describe their role within the larger community. A variety of professions are represented, including a firefighter, a baker, a hat maker, and a mechanic, among others.

“This sea of wondrous faces is Metro. Metro is not about people, Metro is people – thousands and thousands of different people every day. Each with their own story, their own worries, their own triumphs and their own tragedies – each different, each rare, each unique and each irreplaceable. The people who ride Metro every day are the same people from your favorite memory. They are your grandmother, your mother, your sister and your best friend. This artwork celebrates those people.”

CHRISTOFER C. DIERDORFF has been photographing for 26 years, with over 20 years in portraiture alone. Over the years, his portraits have included many world leaders and celebrities including President Clinton, Princess Margaret, Madeleine Albright, the Dalai Lama, Archbishop Desmond Tutu, Lech Walesa, Maya Angelou, Salman Rushdie, Nicolas Cage, David Hockney, Linus Pauling, William Burroughs and Francis Ford Coppola. Dierdorff has been commissioned by the United Nations, RCA Music Group, Oxygen Media and MTV and was awarded a New York Times Outstanding Excellence in Photojournalism award, as well as an Emmy Award for outstanding individual achievement. Dierdorff received his Bachelor of Fine Arts from the California Institute of the Arts (CalArts) in 1977.