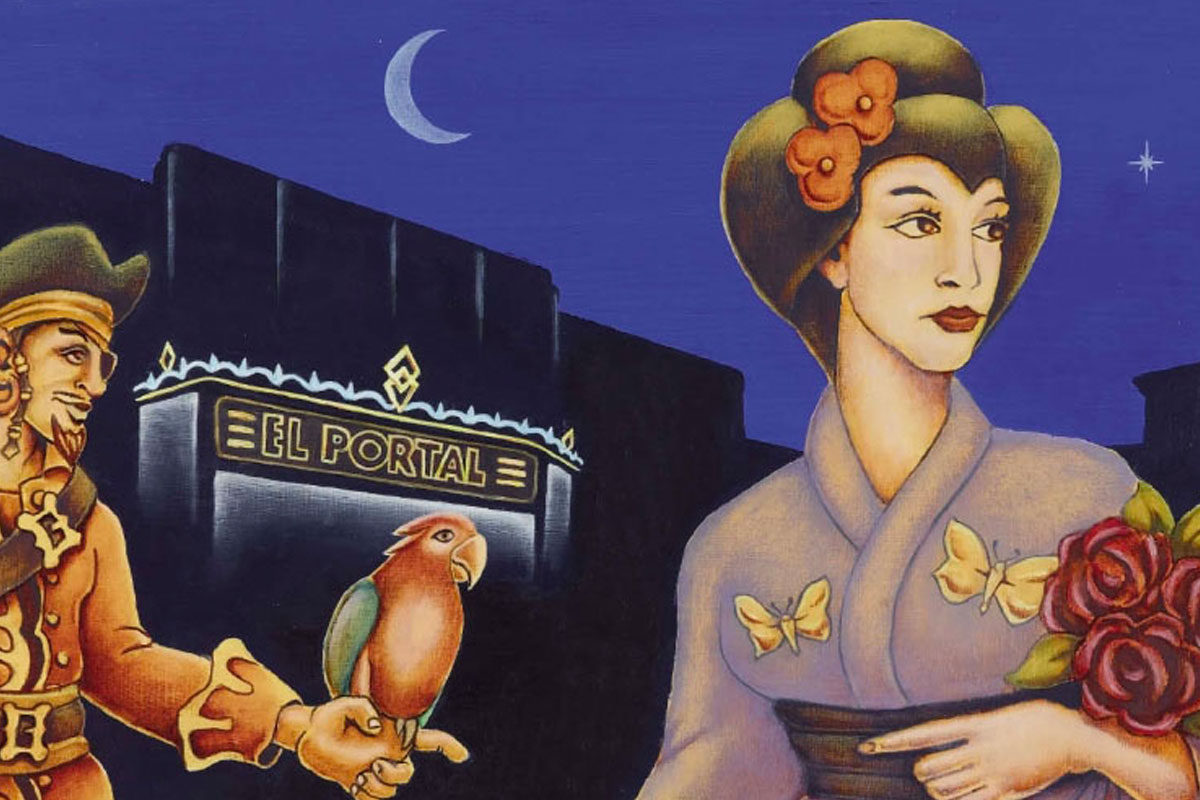 Inspired by the eclectic atmosphere of the NoHo Arts District, Abramovic has depicted the comedy, musicals and cabarets featured at the Whitefire, El Portal, Secret Rose and Raven theatres. To research his project, the artist interviewed theater owners and representatives of the Valley Theatre League. Madame Butterfly, also one of the characters depicted in Abramovic’s work, was the first play produced at the Secret Rose Theatre.

“The pirate shown in my poster represents musicals such as the Pirates of Penzance as well as children’s features performed in the Joy Theatre at the Raven Playhouse in North Hollywood. The cabaret actor represents shows featured at the Whitefire and El Portal Theatres.”

KARL ABRAMOVIC is a freelance illustrator and has been published in Idler Magazine, NoHo News, The Los Angeles Times and the San Fernando Business Journal. He currently works between Portland, Oregon, and Los Angeles.