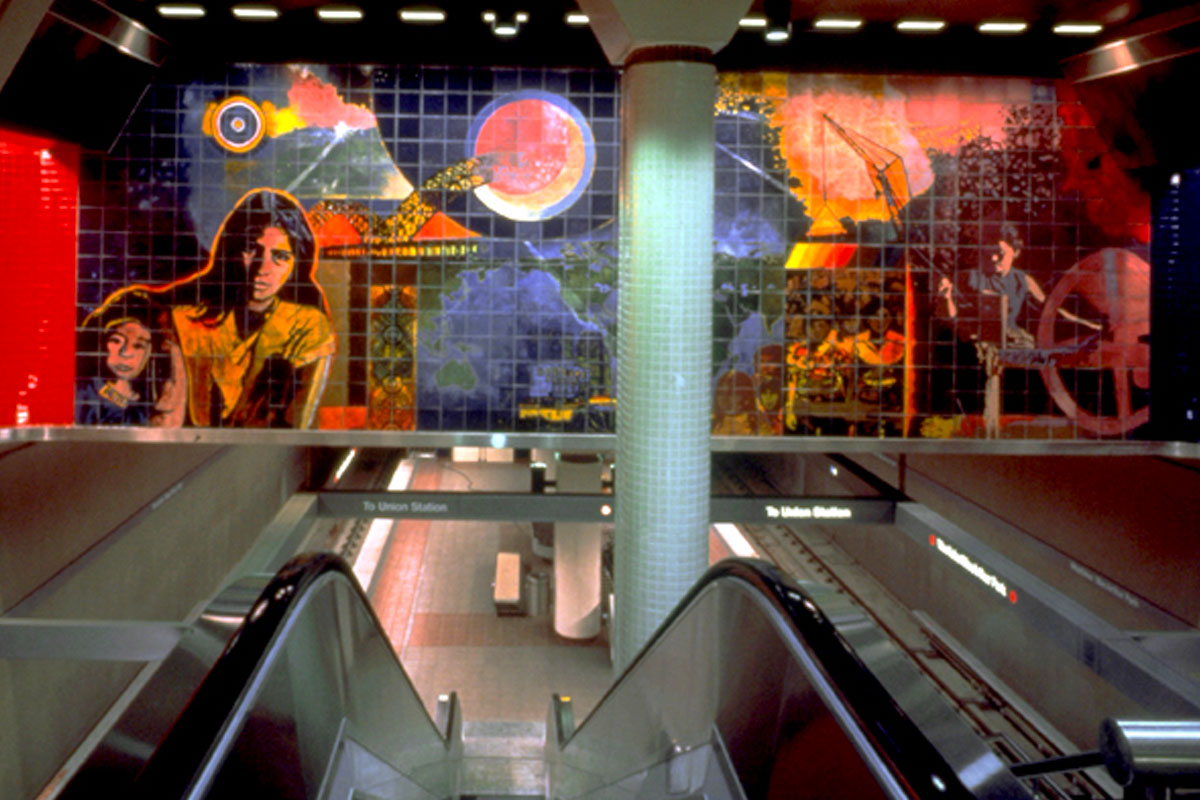 Echoing the vibrant color scheme which dominates the Westlake/MacArthur Station, intense blues, reds, and yellows are woven together in two ceramic tile murals which enrich the mezzanine end walls. In El Sol and La Luna, Letelier uses images of the people and landmarks of MacArthur Park to reference the past, as well as the still unfolding cultural history of the present community.

“I feel a special affinity with many members of the community surrounding the station. I also have left the country of my birth and started a new life in Los Angeles. These murals are celebrations of history, culture and persistence.”

FRANCISCO LETELIER was born in Chile, and lived off and on with his family in Washington, DC. He studied art at the California College of Arts and Crafts in Oakland, went on to receive a Bachelor of Fine Arts from UC Berkeley, and a Master of Fine Arts from UCLA. Prior to executing the murals for this station (his first work in tile), Letelier completed a number of public murals in Washington DC, New York, Nicaragua, Oregon, and Los Angeles. Letelier’s work is influenced by his upbringing as a Chilean exile, and by the 1975 assassination of his father, Orlando Letelier, former Chilean Ambassador to the United States, along with an astute awareness of political repression.