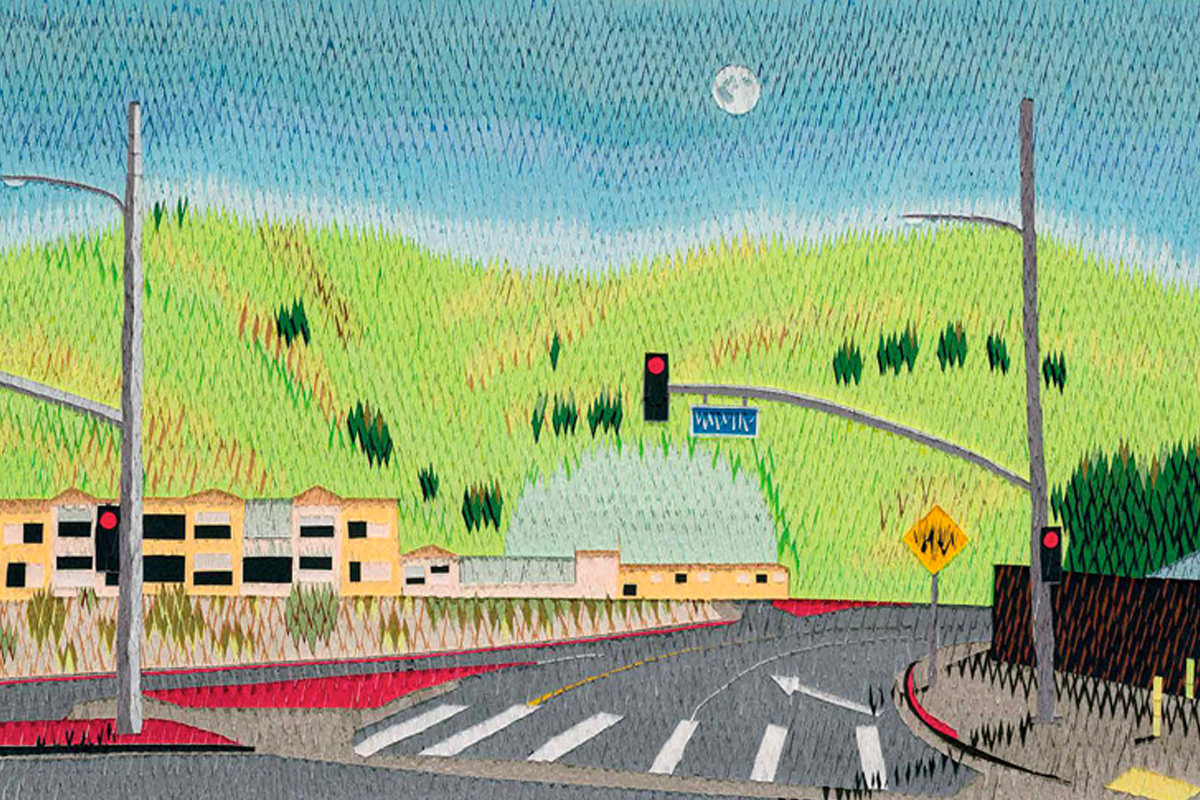 Beneath a gradient sky and full moon in Roberto Benavidez’s Gateway to El Sereno is El Sereno’s crown jewel: the undeveloped land of Ascot Hills Park. Inspired by memories of past commutes, the El Sereno resident depicts the rolling hills, green after seasonal rains, as if viewed from the window of a bus or car. Utilizing a cut-paper technique based on piñata-making, as a salute to the city’s predominantly Latinx community, Benavidez contrasts the vibrant, natural hillside with the stark, manmade streetscape.

“Like most of Southern California, the [Ascot Hills] are golden in color most of the year, but sometimes, usually after a good rain, commuters are treated to a view of green, rolling hills. I wanted to capture this vibrant view as if I were a rider looking at it through the bus window.”

ROBERTO BENAVIDEZ (b. 1973, Beeville, Texas) is best known for his fantastical piñata-based sculptures that play on themes of race, sexuality, art, sin, humor and beauty. He earned a Bachelor of Fine Arts from Texas State University. Before his visual art career, Benavidez worked as an actor. His sculptures have been exhibited extensively in galleries and museums throughout California, Texas and Arizona, including at the Art, Design, and Architecture Museum, Santa Barbara; the Mesa Contemporary Arts Museum; Palo Alto Art Center; and the Riverside Art Museum.