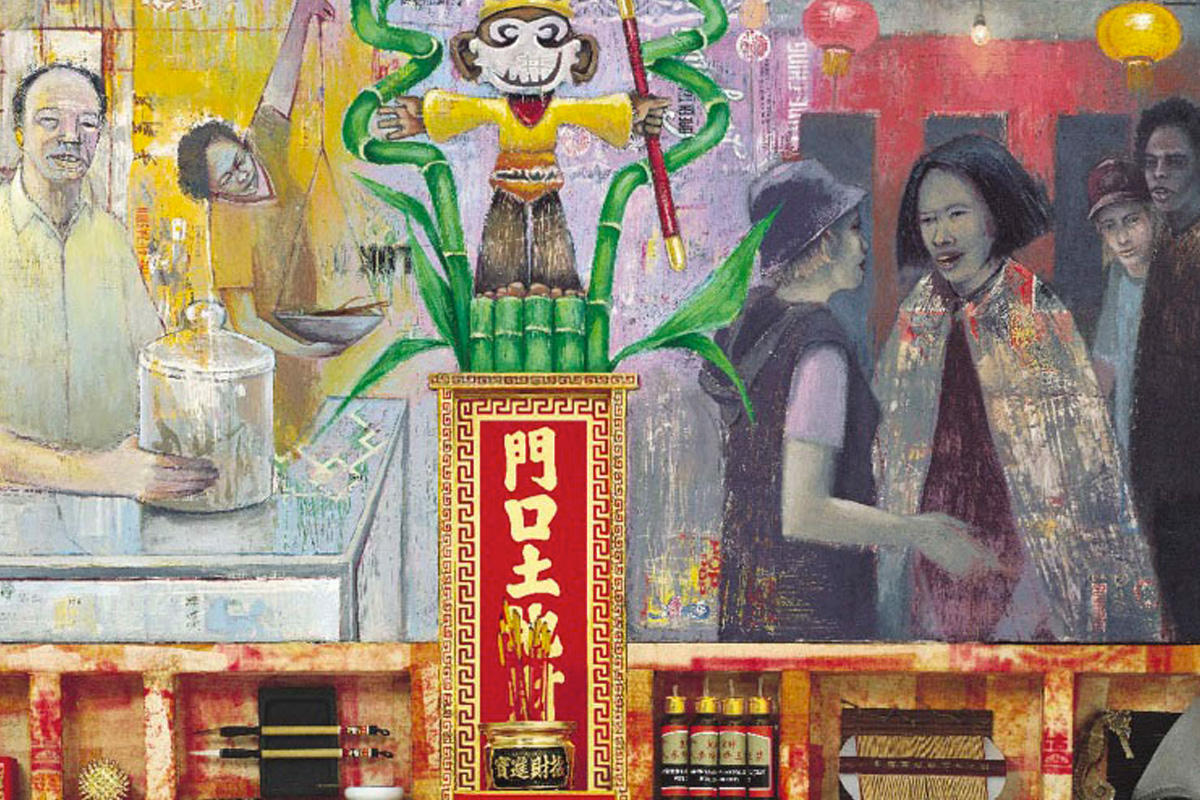 Trevino has adapted the Monkey King character from Chinese folklore to symbolically bridge the gap between Chinatown’s traditions and its emerging pop culture.

“I think that for artists today it’s not enough to just show work on a gallery level, but that we have something greater to offer. With this approach, I feel I would not just increase the visibility of my work, but also the role of the artist as an active participant of the shaping and imagining of the future.”

JOHN TREVINO received his Bachelor of Arts in Black Studies and Art Studio from U.C. Santa Barbara and Master of Fine Arts in painting from Howard University, Washington D.C. He has painted murals throughout Los Angeles and Washington, D.C. and most recently had his first solo exhibition at the Watts Towers Art Center.